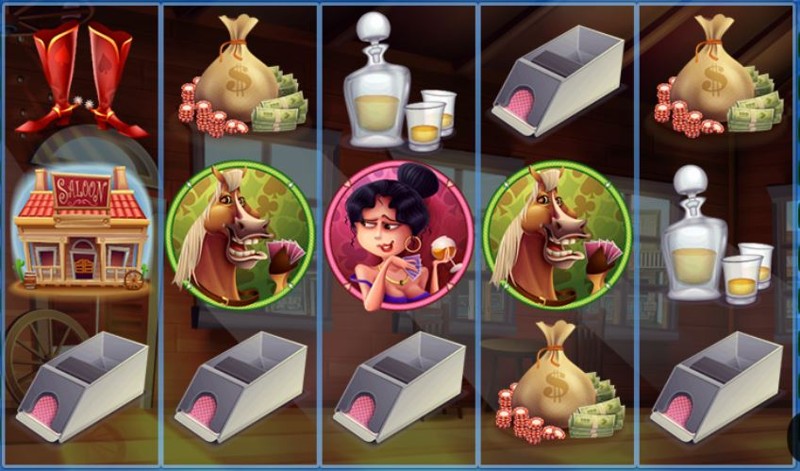 The title of this online slot game really speaks for itself. Things take place in North America, back in the days of cowboys, quick draws, rewards for dead or alive outlaws and the likes. However, unlike most other titles in this genre, Wild West actually takes place in an old-fashioned Western saloon. It’s empty and quiet, and so is the bottle beside the reels, but you can always fill it up to pour some fuel into the action (we’ll explain in a little bit). The graphics in this NextGen Gaming slot are pretty cartoonish and don’t feature any of the latest bells and whistles, but given some of the symbols on the reels, the visuals are perfect the way they are. Speaking of which, you have some typical imagery of the Wild West there, such as boots with spurs, money bags, whiskey and, of course, the saloon.

This brings us to the game’s layout, which is your common 5 reel by 3 row grid. It comes with a humble 10 paylines in total, which are also fixed, by the way, which means that players will not have the opportunity to regulate these paylines or set them to a lesser number. Then again, the betting range is very agreeable and it starts at a comfortable low minimum of 10p per spin. The maximum bet is a total of £25 per spin.

Like many other online slot games by this provider, Wild West also happens to feature a Super Bet option. As a matter of fact, it boasts 2 Super Bet options. As is custom, the Super Bet will give you something extra in return for a higher stake. Namely, you can pay 20 coins for Super Bet 1, and this will add a 2x multiplier to all Wilds. Hence, any winning combination with a Wild symbol in it will be doubled. Then Super Bet 2 will cost you a total of 50 coins, but will increase that multiplier to 5x. 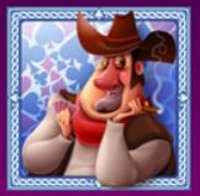 The Cowboy is Wild and he will only be able to land on the reels 3, 4 and 5. But when he does land he will have the opportunity to substitute for any of the other symbols on these reels, and in doing so, the Wild can help contribute to winning sequences. Not to mention that if you have the Super Bet feature active that can dramatically improve your winning chances.

The one symbol that the Cowboy Wild will not be able to substitute for is the Scatter. But that one can only appear on the reels during the Freespins Feature. 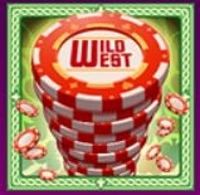 The Wild symbol also acts as the Bonus icon in this game, and that means that it will be your key to triggering the Freespins Feature. By landing even just one Wild symbol on a winning payline you will activate the feature, and as a result of this you will receive a total of 5 freespins.

Furthermore, as we pointed out earlier, during this Freespins Feature, you will get to benefit from a new symbol on the reels – a Scatter. Its purpose will be to award you a cash prize equal to the winning combo that triggered the feature in the first place. 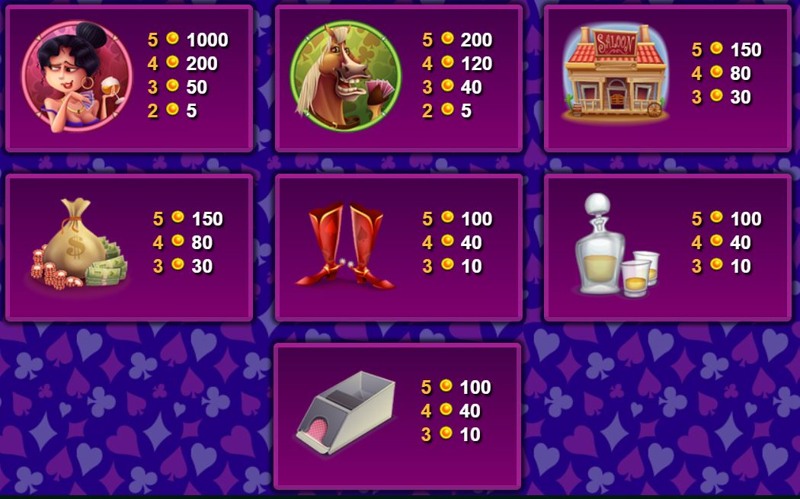 Wild West is a medium variance title with an interesting setup, but it’s certainly nothing stellar. The graphics are also average, so the theme would probably have to be the only really attractive aspect.