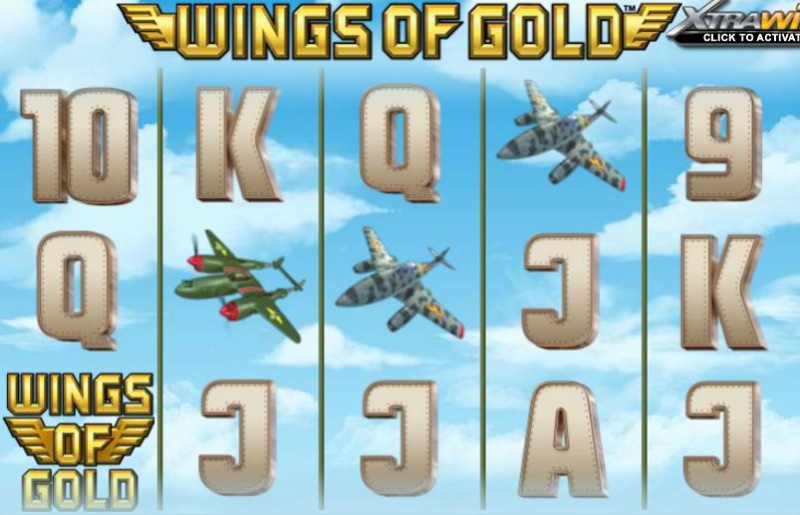 We are sending you back in time to the days of the war, but don’t worry, it’s all in the name of fun with this Playtech slot game known as Wings of Gold. This one is as retro as it gets, giving you a look at how the planes and bombers took flight. But there’s also a vision of life back home with a soldier girl appearing as a symbol on the reels. Speaking of the symbols, these are all designed with some high-quality Playtech graphics. The same can be said about the game overall, in fact. As far as the design of the actual symbols is concerned, the first of the additions comes in the form of the playing card symbols that many slots include. After this, three different planes appear as symbols, while the soldier girl, the pilot, and a medal of honour symbol are also present.

The setup of this game contains five reels and three rows, so it’s a fairly generic layout. However, alongside this it features a set of 20 pay lines, and you have the option of changing the active number of these by using the ‘Lines’ button. Additionally, you can change the bet that you place per spin as well. Just use the ‘Bet Per Line’ button to adjust it. With this, you’re able to select from a minimum bet per line of £0.01 up to a maximum of £10 in total. This means that the game’s maximum overall wager stands at £200 per spin.

One thing we feel it necessary to mention about playing this slot game is that it works as a part of the XtraWin collection. When you activate this by clicking on the relevant button, you will add an additional stake on top of your current bet, but this brings an expanding wild symbol into play during the main game. 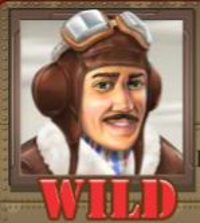 The standard wild symbol is represented by the image of the pilot. With it being a wild, it can substitute for all other symbols on the reels, helping you to form a winning combination. The wild symbol is only able to appear on reels two, three, and four, and during the freespins round it is always an expanding wild. The only icon that this one won’t substitute for is the bonus symbol. 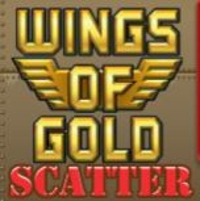 Wings of Gold also has its own freespins round, and to trigger this you need to watch out for the scatter symbol. This comes in the form of the game’s own logo, and if three or more of these come into view in any location on the reels then the freespins round is triggered. To begin, you need to choose one of the medals. This medal then appears a random number of times on special reels. The more the medal shows up, the more freespins you will receive.

Depending upon how many medals come into view, you will have the chance to receive up to 100 freespins as a reward. The minimum amount you will have to work with stands at 15, and during this freespins round the wild icon becomes an expanding wild and also doubles your win when it helps to form a combination. 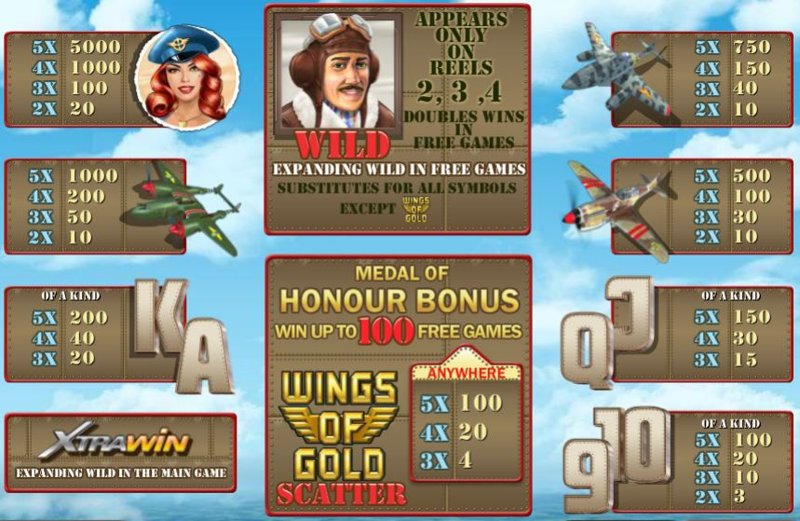 We’re not usually such huge fans of games that bring imagery of wart to our screens. Yet, Wings of Gold has quite the opposite effect on us. We like the retro feel and it’s tastefully handled, plus the fact that it gives you the chance to use the XtraWin button for additional perks. Not only that, but with the inclusion of the freespins round as well, you’ll find that this game will entertain you from the moment that you load it up.