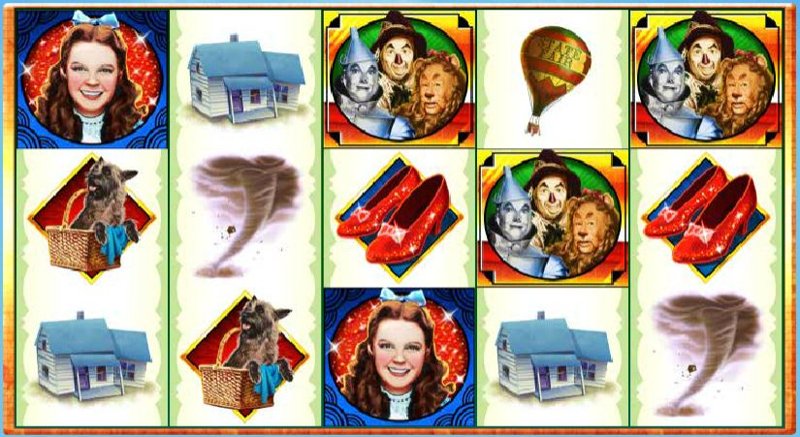 There’s no place like home. You’d better start clicking those heels before you get sucked into playing this one for too long. This game adaptation of the classic Wizard of Oz film will have you reminiscing on all the iconic images of the original. The red shoes. The tornado. The house that Dorothy lived in. The Tin Man, Cowardly Lion, Scarecrow, and the Wicked Witch of the West all make an appearance too, as does Toto and of course Dorothy herself. All of this supported by an enchanting piece of music with every spin.

Wagers on this game can be selected from the bottom of the screen, where a scroll bar allows you to choose the amount. Starting from £0.30 and going up in increments of the same amount to begin with before maxing out at £150 per spin; The Wizard of Oz caters to both seasoned slot players as well as the newcomers. It features five reels and three rows, as well as 30 paylines, and an autospin button allows you to spin the reels 50 times consecutively. There are a couple of added extras to improve gameplay as well.

Glinda, the good witch of the East can appear at any time during the main game and randomly transform any of the five reels – up to a maximum of four per appearance – into stacked wilds only. This of course can considerably change the course of the game for you. 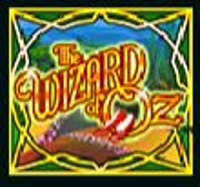 The wild symbol in this game is the Wizard of Oz logo, and this will stand in for all other symbols on the reels to create a winning combination, apart from the jackpot and feature icons. 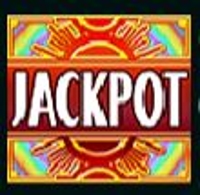 The main game features jackpot symbols as well, which will reward you with a total of 50,000 coins should you manage to spin five of the icons. 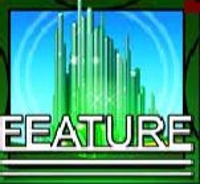 Spin three of the Emerald City icons during the main game and you’ll activate the in-game bonus round. This will then give you three different options to choose from. There’s either a cash prize, the Winged Monkey feature or the Road to Emerald City feature. The latter of these is only an option when you play the main game using all paylines.

Should you choose the Winged Monkey feature, you’ll be taken to a free spins round. Eight free spins will be granted to you, and if a Winged Monkey symbol appears on the middle reel during this feature, it will transform several other symbols into wilds. Spinning three more Emerald City symbols will present you with another eight free spins. 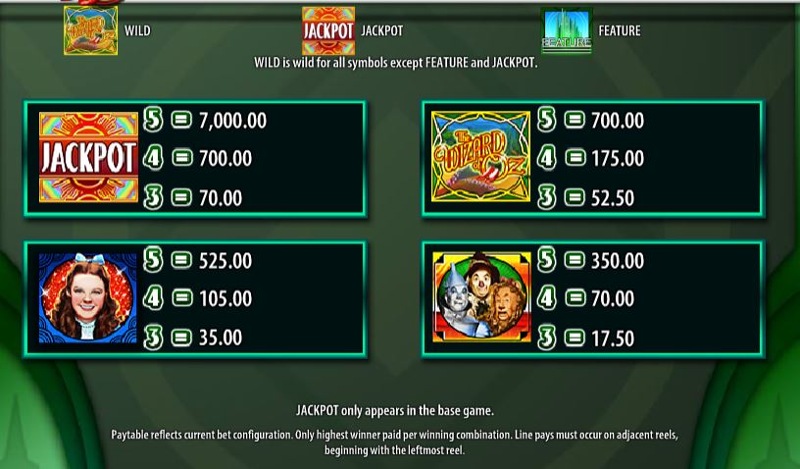 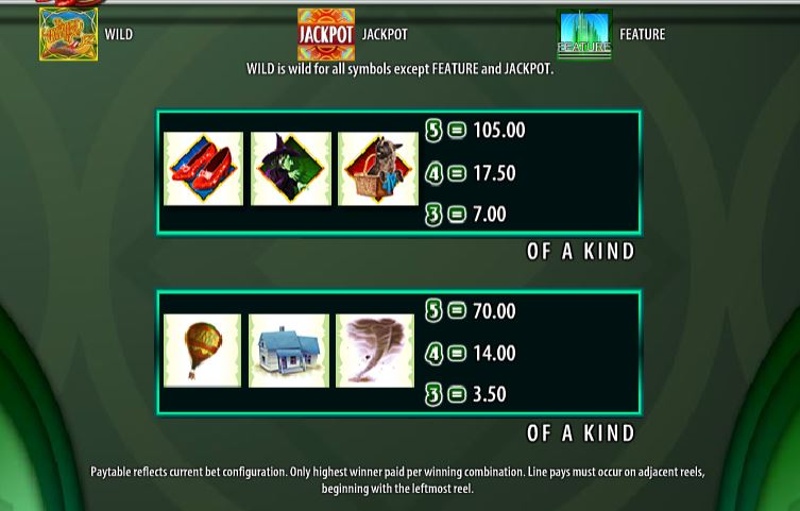 The Wizard of Oz is a great game that invokes imagery of the film and still maintains its own unique storyline as well.