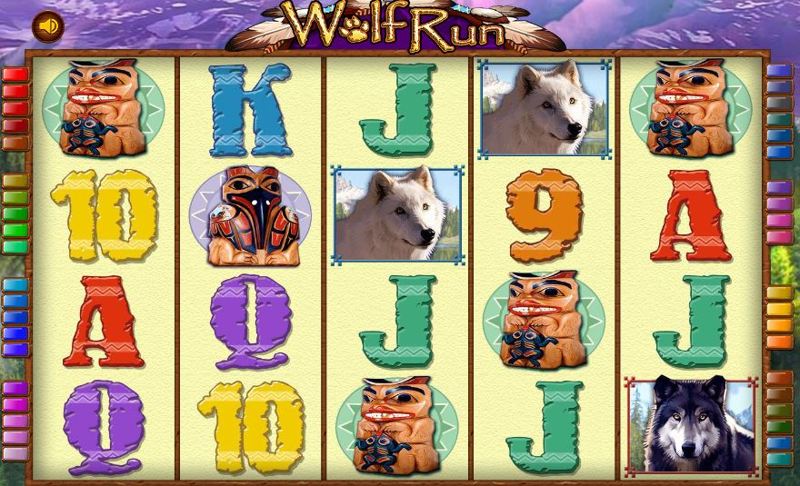 Animal lovers are sure to be enamoured by this game, featuring wolves aplenty. There’s also symbols of what appear to be either Mayan or Aztec statues, while the remainder of the symbols are created by the usual A, J, K, Q, 9 and 10 images. However, you won’t find any wolves howling or noises that relate to either the animal itself, or even to the obscurely placed statues, which is frankly a little bit of a let doooowwn (sorry). Incorporating substandard slot game music in a game that has such a theme appears to be somewhat of a lazy decision.

The game itself has five reels and four rows for you to play on, while 40 paylines make up what you’ll be wagering on. There’s a line that states ‘Play all 40 lines for maximum action’ scrawled across the bottom of the screen, and playing all lines allows you to place a minimum bet of £1.00 per line. £100 is the maximum you can wager per line, giving you the chance of placing a maximum overall wager of £4000 per spin. Autospin allows you to place up to 50 consecutive spins.

The symbol of the wolf baying at the moon acts as the wild symbol in Wolf Run and it will substitute for all symbols on the reels, except for the bonus symbol.

Spinning three bonus symbols on the centre reels will reward you with double your total bet and also give you five free spins. Wild symbols also appear during the free spins round, still standing in for all other symbols except for bonus symbols. 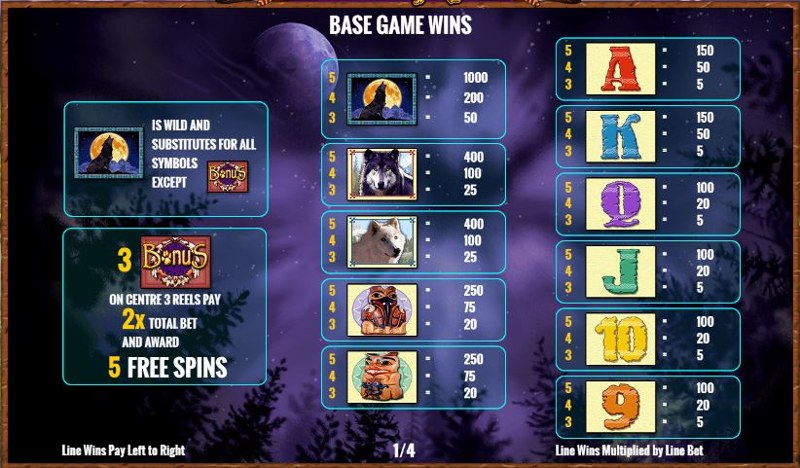 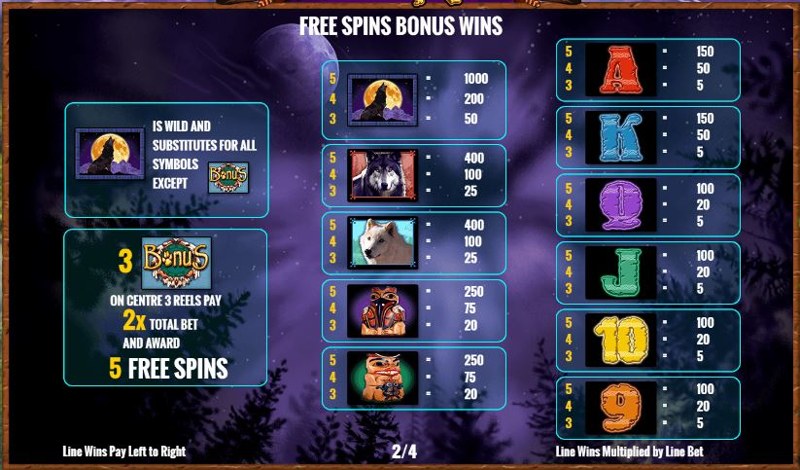 Wolf Run is really nothing more than a substandard slot game. The added features are simply a wild symbol and a free spins round which don’t give the game anything original compared to the others out there. It could really benefit from having an extra bonus game or feature that enables players to differentiate it from the rest. Having a theme gives you plenty to work with, but when a developer simply adds a few symbols pertaining to that theme and doesn’t take it any further, there’s a problem.