For all the die hard fans of singing competition shows on television, X-Factor Jackpot is no doubt going to be a prime favourite to you. Welcoming you to the game with the well-known theme and video package, the excitement of playing a progressive jackpot is there before you start spinning the reels. It is a little disappointing that the reels are mainly filled with A, J, K, Q and 10 symbols, considering the X-Factor show is such a strong theme to work with. However, you’ll also find the appearance of two would-be contestants, a blacked out symbol of a girl group and one or two other inclusions.

Five reels and three rows make up the interface for this game. A total of 20 paylines are also included, which can be customised if you prefer to wager on less. Bets can be placed starting from £0.20 and go up to a maximum of £100 per round, while thrilling music from the game plays in the background. 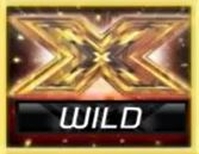 The X-Factor logo provides this game’s wild symbol, substituting for all others to create a winning combination, except scatter symbols.

Spinning three bonus symbols on reels one, three and five will trigger the Live Shows bonus round. You’ll need to progress through each of the live shows by revealing three or more ‘YES’ votes, with each of these providing you with a prize.

These prizes are then multiplied by the current week multiplier. A deadlock occurs when two yes votes and two no votes are shown, taking you along to the phone vote, which will decide if you progress or not.

Phone votes will take place after each week. If you win the public vote, a phone vote icon will appear on the respective week. 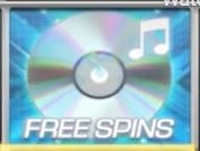 A compact disc symbol appearing on reels two, four and five will trigger a freespins round. Each of the symbols will reveal an amount of freespins, which are then totalled together as your freespins award. The freespins round will also contain sticky wilds, activated by the ‘X’ logo.

These will randomly fly on to the screen and stick wilds on various reel positions. These will stick in place for the duration of the freespins. 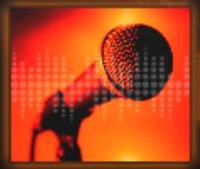 Spinning a single microphone symbol on the middle reel will activate the ‘Pick Me’ bonus round. This presents you with three different icons, one of which you need to choose to reveal an X-Factor star and cash prize.

There’s a definite attraction to this game, especially if you’re a fan of the TV show. It brings you all the drama and excitement of the actual show, without having to sit through commercial breaks or the actual singing from the contestants.