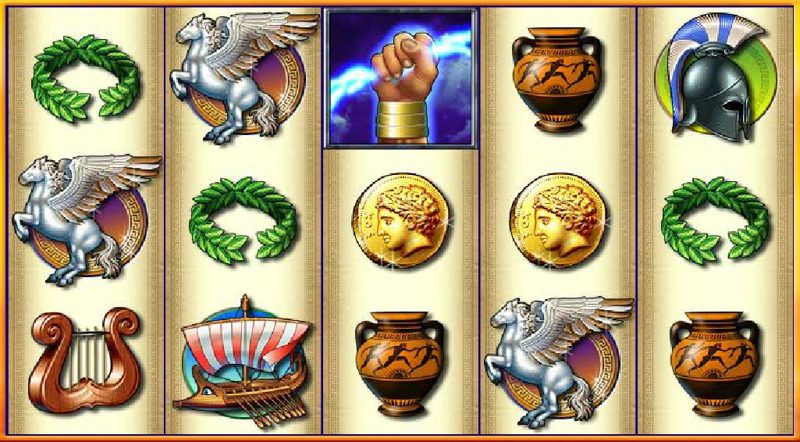 Anyone into ancient Greek mythology? If so, then you should definitely check out Zeus. If you’re uninformed about the theme of this game, Zeus was the sky and thunder god in ancient Greek religion, and ruled as king of the gods of Mount Olympus. This game features not only Zeus himself, but several symbols relating to these ancient times. For example, there’s the mythological flying horse, Pegasus, there’s a couple of old Greek coins, as well as an urn, a harp, a ship and a helmet.

The game features five reels and three rows, and there’s a total of 30 customisable paylines also included. The wager that can be placed per line can be altered between £0.01 and upwards in single coin increments up to £5.00 per spin. This allows a maximum wager of £150 to be placed across all lines. The autoplay button will set the lines spinning for a total of 200 times. 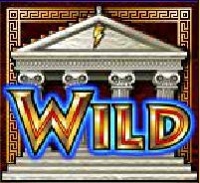 Wild symbols are included in the game, represented by a Greek building that also helpfully says ‘Wild’ across it. These will substitute for all other symbols on the reels, except for the feature icon. 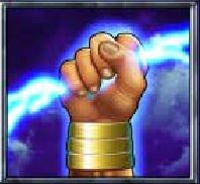 During the main game, if you spin three or more scattered feature symbols, you’ll instantly trigger the bonus feature round. Free spins are awarded depending upon the number of scatters appearing on the reels. Three of these symbols will award 10 free spins, four will award you with 25 free spins and five will see that you receive 100 free spins. 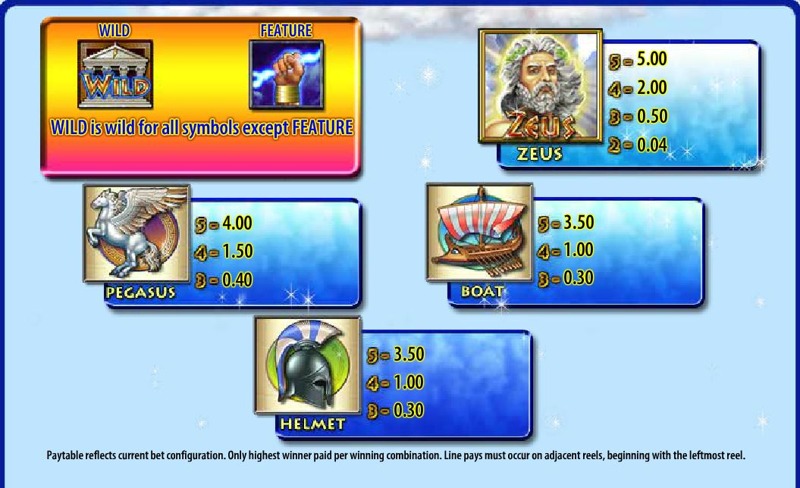 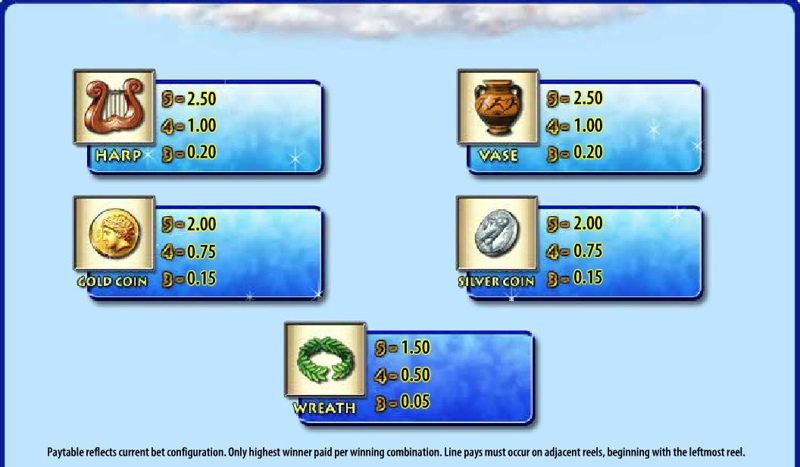 Zeus provides an interesting game to play in general. If you’re interested in history, and more importantly European history and Greek mythology, then it’s definitely a game that you should consider playing. The potential to receive 100 free spins in the game is a great addition, of course, although when it comes to bonus extras, Zeus is a little thin on the ground.