Play’n Go as a company name may suggest a range of games that you play and swiftly want to leave behind; this is definitely not the case with the developer though. In fact, quite the opposite is true. Play’n Go has a great range of slot games for avid players to access, featuring rich graphics and intriguing inbuilt perks. The selection of slots available from this company stands at around 100, and these can be played in no less than 30 different languages. That’s quite something for a software developer that only began operating independently in 2005. But more about that a little bit later.

Throughout the years that Play’n Go has been in action, its key focus has been to provide high-quality slots that entertain the masses. Where other companies look to churn out game after game without much substance to them, Play’n Go takes its time. Instead of going for speed and numbers, this developer ensures that quality trumps quantity every time, and that’s what makes it one of the more appealing developers.

It’s this method of working that has helped Play’n Go become one of the most well thought of developers in the online gaming world. Its catalogue of slots offers forth a multitude of themes, all of which are executed with precision and class. Yet, the range of games is just one of the strong points of this developer. When you look past the games, you’ll find that Play’n Go has worked its way up through the rankings with some shrewd business moves. Let’s explain a little more about this. 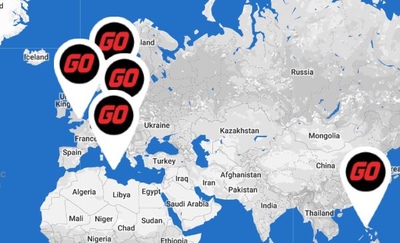 Play’n Go may have only started out as an independent company in 2005, but it was actually in operation for eight years prior to this. Its origins go back to the Swedish town of Växjö – located in the southern part of the country and south-east from Gothenburg. In 1997, Play’n Go started out as a subsidiary of various prominent software companies within the area. It would work steadily but with little name-recognition outside of its homeland until it stepped out on its own eight years later.

The developer continued operating out of Sweden, but 2005 saw it really take off outside of its homeland as well. The brand started to generate interest from all over the place, and eventually acquired itself a gambling licence from the Malta Gaming Authority, but it didn’t stop there. Instead, to ensure that its games were getting the recognition they deserved, the company would receive licences from the United Kingdom, Romania, Belgium and Alderney. These licences are still held today, allowing the developer to market its games to a much larger audience share.

Yet the company has faced stiff competition in the sector, especially from other Swedish-based companies such as Netent. Play’n Go has watched from the sidelines as these companies have excelled and taken a lot of credit. That’s not to say that Play’n Go hasn’t done noteworthy work over the years – they have even won awards – but the difference is that they aren’t in the business of flaunting their achievements in the same way as Netent. Instead, the company is content to create wonderful slots, release them only when ready, and take accolades if and when they come about. Think of them as the friendly Scandinavian Viking who knows he’s conquered but doesn’t need heaps of praise to confirm it.

This is a mindset that has endeared Play’n Go to players over the years, and it seems to be a strategy that has worked. The developer certainly isn’t near the bottom of the pile when you think of popular and well-known game providers, far from it; some of the games that it provides are frequently mentioned as all-time favourites, and the brand is constantly trying to evolve and better itself. This has seen it go from strength to strength and claim its rightful place as one of the top software providers in the industry.

Expanding on a theme 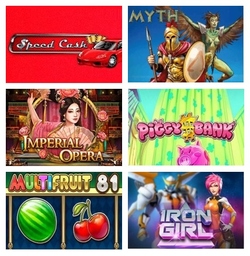 The type of themes that slot developers choose for their games are a big part of what makes them intriguing. It is fairly common to see certain developers take a theme and work it to death, releasing multiple titles surrounding the same thing. However, this hasn’t been the case where Play’n Go is concerned.

Instead, the developer has taken multiple interesting themes and executed them to perfection. That’s why, whether you’re a fan of fast cars, pirates, cowboys, ancient Egypt, the space race or even, you guessed it, Vikings, Play’n Go will have an original game on hand for you to access. Variety is, after all, the spice of life, and Play’n Go have variety in spades.

Amongst the Play’n Go range, you’ll be able to play popular titles like Golden Ticket, which offers up a distinctly circus-theme with a 96.73% return to player rate. There’s also the game known as Royal Masquerade which has been heavily featured at multiple online casinos. This one will drop you right into the heart of a masquerade ball, so have your disguise and flamboyant gown ready! 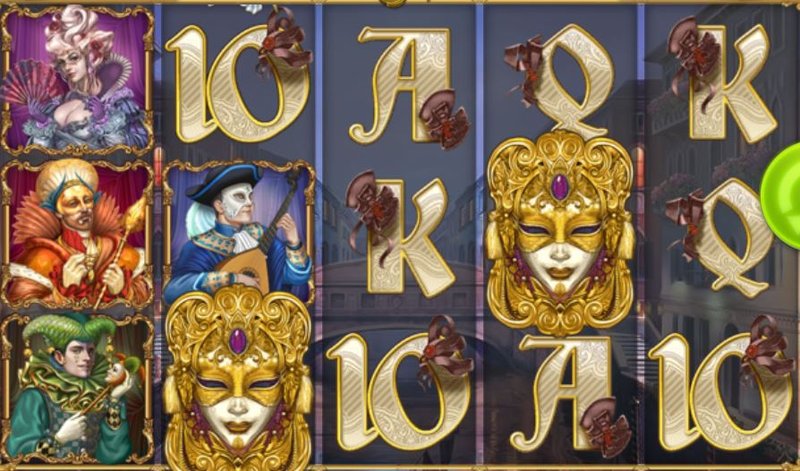 Others that Play’n Go provide include Wild North, taking you to the Arctic and featuring seven different bonus features on its five-reel, four-row setup; Grim Muerto, which celebrates the Cinco de Mayo festival in Mexico, and Moon Princess, a game that looks like it’s sprung from the animé world of Sailor Moon.

Of course, providing such unique slots will always draw attention to Play’n Go. However, this isn’t the only thing that the developer is known for, because it also provides thematic bespoke slots, too.

Over the years that Play’n Go has been in action, it has been commissioned to create various original slots for specific sites. This has seen them really go to town with options such as Spin & Win, which looks like it has taken the game show theme and given it a bit more pizazz. It’s also got two scatter symbols, two bonus features and a gamble round. The Danish Flip bespoke game takes you to a neighbouring Scandinavian country, bringing all the wonders of Denmark to life. Meanwhile, Monster Smash provides its players with some destructive monsters on its five-reel, three-row layout. The key part of this game is that it also incorporates three progressive jackpots for you to try and win.

Despite these being bespoke Play’n Go games, they seem to fit in well enough with the rest of the portfolio from this developer. They remain high in quality as far as graphics and gameplay are concerned and they utilise unique themes that allow them to stand out against the masses.

Once mobile gaming started gaining traction, Play’n Go wasn’t one to be left behind. As the demand for such mobile games grew, Play’n Go responded by optimising the entire range of its games to fit this purpose. Devices from the Android and iOS ranges are able to easily access all of the developer’s previous releases, plus, all games created since that time have been designed with mobile users in mind.

So, if you ever sign up to a casino that works with Play’n go, you can pretty much guarantee that you’ll be able to play its slots from anywhere. The experience that you get from this remains unchanged, with the same high-quality graphics, entertaining inbuilt features, and a range of unique designs.

To put it simply, Play’n Go has managed to garner a name for itself by sticking to its own way of operating. It hasn’t tried to copy any other developer and it hasn’t tried to force its way to the top of the pack. Instead, the developer has seen fit to design and create games that it knows will appeal to an online casino gaming audience. Imbuing these with high-quality graphics and smooth gameplay, Play’n Go knows exactly how to cater to its core demographic.

With a team of self-professed gamer geeks behind its every day operation, there’s every probability that Play’n Go will be around for many years to come. The quality is there and always has been, and after several years of being in operation now so is the quantity. Being accessible to mobile gamers as well, the developer has managed to spread its games far and wide, holding licences from multiple jurisdictions.

With bespoke games also making up a part of its catalogue, Play’n Go seems very happy to sit to one side, continue churning out the games and wait for the accolades to occur. It doesn’t necessarily require these to continue its great efforts, because quality has always been what Play’n Go has been about. While other brands may force themselves into the spotlight, Play’n Go has never courted it. It just continues to do what it does best, laying ultra solid foundations for a lengthy and successful tenure at the top. By doing this, the spotlight has found Play’n Go naturally.