“We create the world’s most awesome video slots” – is the claim that will greet you if you visit the Quickspin website. That’s quite the statement to make considering that this developer is one of the newer companies in the industry. If we’re honest though, it’s not a statement that is so far away from the truth, and it stands to reason that a developer focusing solely on creating casino slot games would be able to focus their resources and deliver an awesome product.

At Quickspin, the developers have a motto; “We love slots”, and that clearly shines through in the range of games that they have created so far. In fact, Quickspin’s development team don’t only make the games, but they play them as well. Therefore, feedback on the quality, features, setup and everything else in between is shared amongst employees to ensure that the company is producing the very best video slots around.

So, how has a company that has only been around since 2011 managed to soar above and beyond some software providers that have existed since the 90s and even earlier? Well, it could be due to the fact that Quickspin puts its developers in the players’ shoes, and develops products with the end user in mind. Their uncanny ability to second guess the market and create games that players want will keep them at the top of their game for a long time to come.

A Quick Spin Through History 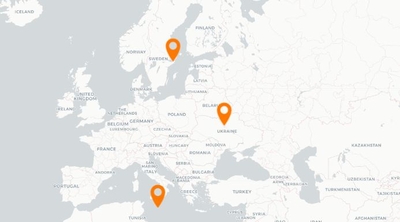 Holding its headquarters in Stockholm, Sweden, the Quickspin brand has been in operation since 2011 and set out immediately with the aim to use the latest technology to create high-quality video slots. The company wanted its games to be available in free to play, real money, and social markets initially, although this later also expanded to encapsulate mobile gaming.

Starting out relatively small, Quickspin soon increased its team to around 60 professionals, all of whom have a history with or a love for video slot games. The brand aims to create 12 different slot games per year, which results in one being released every month.

It didn’t take long for the company to branch out either, opening an office in the country of Malta to operate alongside its Swedish headquarters. It also picked up a gambling licence from the Alderney Gambling Control Commission, as well as a secondary one from the United Kingdom Gambling Commission, meaning that UK residents have been able to enjoy Quickspin titles since 2013. This all became part of a multi-year deal that was signed between the developer and Gala Interactive.

Fortunately for them, this also led to other locations taking a vested interest in what Quickspin had to offer. Soon enough, the range of games from this developer could be found at multiple online casinos, catering to players from various countries. To accommodate this, Quickspin made their games available in 27 different languages and supported 50 separate currencies.

Carving Out a Unique Set of Features 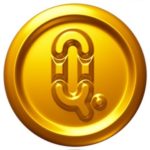 Perhaps one of the biggest reasons as to why Quickspin has been so successful, is that the company seems to know what players want before they do. In fact, it was Quickspin that was one of the first providers – if not the first – to incorporate something known as Achievement Awards into their games. Even if Quickspin wasn’t specifically the first to use them, it is something that the developer is known for.

Now, it’s obvious to say that if a slot doesn’t contain a bonus round then this particular feature is worthless. However, a large number of Quickspin’s offerings do contain the feature, and with a new game each month, the Achievement Awards perk covers numerous slots from the developer and this number grows steadily.

Working alongside this is the Achievement Race feature. This allows casino operators to think up and organise specific tournaments featuring various prize pools. The operator can track these tournaments from within the slot, creating a great added benefit for casinos to entice more players in.

When you combine these innovations with the fact that all Quickspin’s games employ high-quality graphics and entertaining themes, it’s plain to see that the developer has a prime focus on pleasing players and thinking outside the box.

Developers in the slot gaming world will always be watching out for competition, and with such a prominent rise through the ranks it’s little wonder that many companies had their eye on Quickspin. It was only a matter of time before a deal was on the table, and Quickspin were taken over for €50 million in May of 2016. The buyer? Playtech.

The CCO of Quickspin, Mats Westerland, as well as the CPO, Joachim Timmermans and CEO, Daniel Lindberg, all agreed to remain in their positions with Quickspin for a minimum time period of three years when the deal went through. Of course, Playtech – which was already a huge key player in the online gaming world – managed to significantly strengthen its position with such a purchase.

Despite the takeover of the company, Quickspin still operates under its own name. To add to that, it still has the aim of releasing 12 slot games per year, utilising its own signature blend of graphics and gameplay to entertain players. The difference is that with such a parent company like Playtech behind it, its games can be experienced by even more people around the world.

It stands to reason that if a company as big as Playtech is ready to blow €50 million on acquiring a company, then a few particular games have caught their eye. More importantly, the players will have their favourites too, and in fact, some of Playtech’s most played titles come from the Quickspin brand. 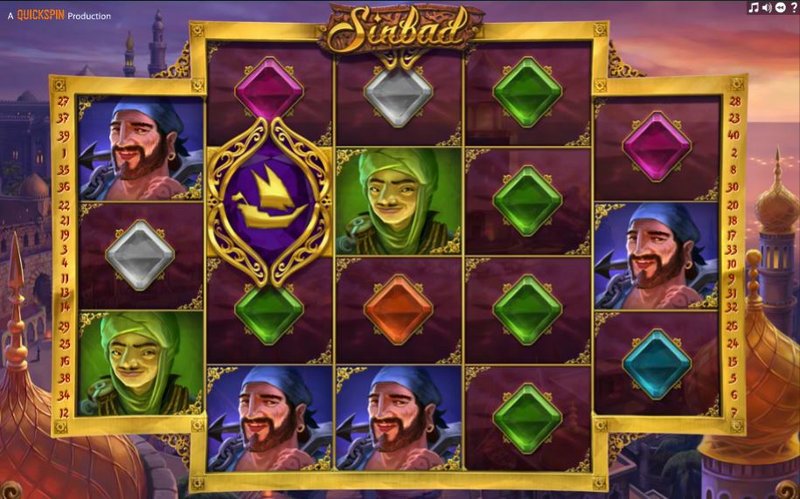 Some of its games take the theme of fairytale stories and nursery rhymes that we’re all told as children, so you’ll get the opportunity to access titles such as Goldilocks and the Wild Bears or Big Bad Wolf, and take a trip down memory lane while you’re spinning their reels. You’ll also find that Quickspin has brought some appealing classic themes to life in its own unique style, like The Three Musketeers which is based on the stories of the same name, or Sinbad which offers a dose of Middle Eastern scenery and an epic soundtrack. 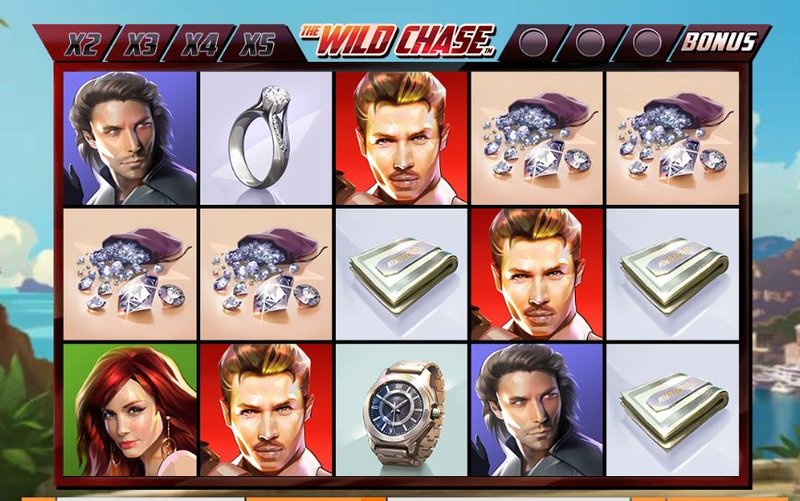 Other popular games that exist within the portfolio of this developer include Sakura Fortune, which tells the tale of an Eastern samurai princess on its five reels and four rows; Spinions: Beach Party, which obviously takes its inspiration from the Minions films and includes wins both ways and freespins; and The Wild Chase, dropping you into a retro car chasing slot game.

Whatever your particular preference may be on game themes it’s more than likely that Quickspin will have something for you, and one thing can always be guaranteed with these guys – they’re always full of visually stunning graphics and entertaining gameplay from start to finish. 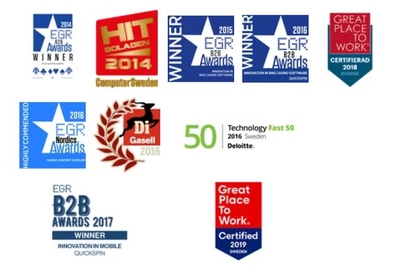 Quickspin may not have existed in the online gaming world for as long as several other developers, but this has not been a hindrance; it has still managed to put together a set of stunning slots which have garnered a lot of attention. The provider has built itself up, forging deals with online casinos and gambling sites and winning many awards along the way. Meanwhile, the mindset behind the creation of its games is firmly driven by wanting to give players something unique and exceptionally high in quality.

You couldn’t really argue that Quickspin hasn’t achieved this. After all, its portfolio of games features some very appealing titles. With strong themes running throughout, as well as intriguing inbuilt feature rounds, you’d be hard-pressed to find something that the company isn’t good at. There’s also little doubt that placing all of its focus solely on creating online slot games has aided the developer in crafting a selection with little fat on the bone.

Even the 2016 takeover by Playtech hasn’t hampered Quickspin’s progress or changed their direction. Instead, the company has come out of it even stronger than it was before, with a parent company ready to help propel it all the way to the top. It may still be considered a small operation in comparison to some others, but the team are punching well above their wait with what they produce. Being a team of gaming geeks themselves, it’s obvious that they know exactly what the gaming community wants.