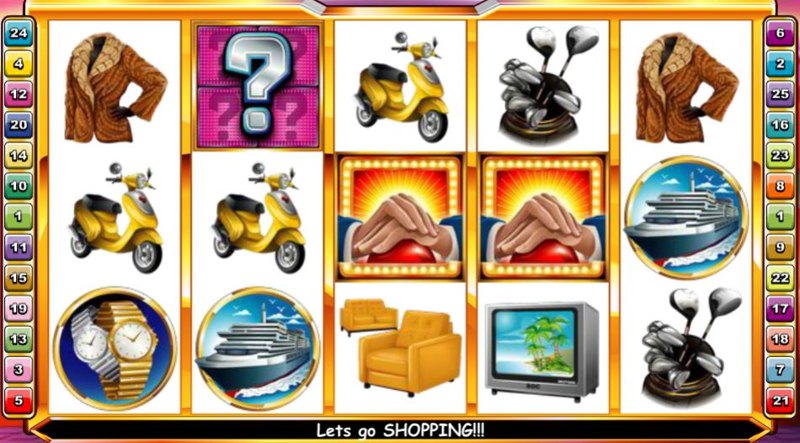 It’s time to go shopping and make the most of the Sale of the Century! From gold-encrusted watches to fur coats and new washing machines, this slot game will have you ready to hit the mall and max out your credit card. However, if you’re able to handle the sight of flashy televisions and swanky yachts, Sale of the Century is quite possibly an intriguing game for you to play.

Sale of the Century provides 25 paylines which are able to be customised, as well as the opportunity to place wagers of up to £20 per payline. Therefore, a maximum bet of £500 per spin is on offer with this game. There’s also an autoplay feature, providing you with the chance to spin consecutively up to 50 times without having to keep pressing the spin button. The game also features several other additions to its five reel, three row layout, making it a pretty compelling product to play. 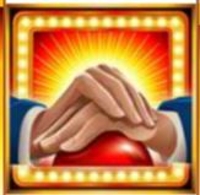 The game has a symbol of a person’s hands on a red buzzer, akin to what you might find on a game show. This acts as Sale of the Century’s wild symbol and will substitute for all others on the reels, except the scatter and super pick symbol. 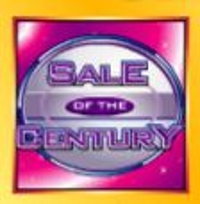 The game’s scatter symbol is represented by the ‘Sale of the Century’ gameshow logo. When three or more of these appear on the reels, the Gift Shop can be awarded. With this, you’ll enter the fast money spins round which provides you eight spins of a three-reel game. During this game, special gift tokens can appear on the reels. These are collected and used as selections in the Gift Shop. Once these fast money spins are finished, you’ll enter the gift shop itself where each of the gift tokens are equal to one selection. Within the gift shop you’re able to win cash prizes or jackpot prizes with every selection. 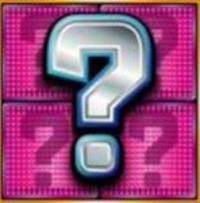 When the symbol with a question mark appears on reels two, three and four following a spin, the game’s Super Pick feature is activated. All positions on the middle three reels transform into a question mark symbol. It’s now your chance to select one of them, and from these you’ll win either a cash prize, free spins, access to the gift shop, or cash prizes and free spins together. In the case of winning free spins, the total number of these will be shown to you and all wins during the free spins round are tripled. 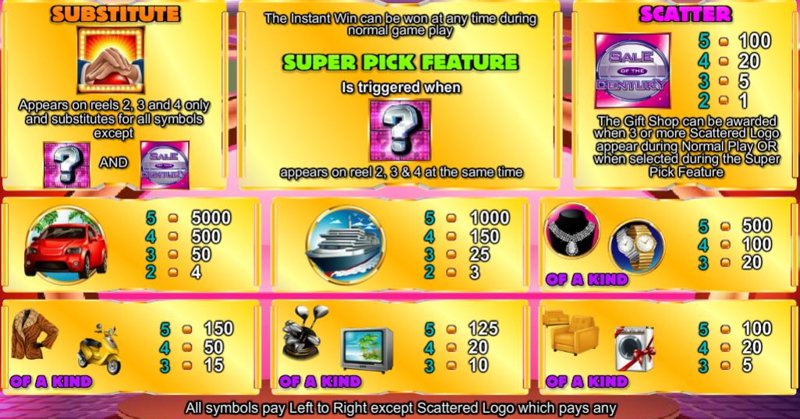 Sale of the Century provides an interesting game with intriguing bonus features to keep you gripped.