You know that a business is big if Playtech are ready to buy it out – that’s exactly what happened with Ash Gaming a few years ago. The company started making a bigger name for itself and Playtech didn’t fancy the competition… unless they were in control of it, that is.

Yet, Ash Gaming isn’t new to the industry. Far from it. In fact, this UK-based developer has been in business since the year 2000, crafting a great selection of intriguing slot games along the way. Some highly popular titles have come from the Ash Gaming catalogue throughout the years, which is why other developers started to take notice of them. It was in 2011 that Playtech took over as the parent company, but Ash Gaming has continued to create games under its umbrella.

Now, the small operation works out of London and employs a team of just over 40 people, and all of the developer’s games began as web-based Flash titles, so you don’t have to download them to be able to play them. The great thing about Ash Gaming having Playtech as its parent company, is the association with such a world-renowned developer. This has ensured that the Ash Gaming catalogue extends its reach to a greater selection of online casinos.

Up from the Ashes – The Rise of Ash Gaming 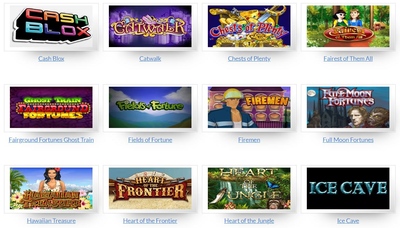 While Ash Gaming might not be as well-known as Netent or Microgaming for example, the company has churned out over 100 slot games in their time, with many being popular in the United Kingdom. This is due to the fact that the company launched in the UK and still operates there today.

In this respect, it has created a strong catalogue of games, many of which feature themes surrounding British pop culture, which explains the company’s popularity there. When you include the fact that Playtech purchased the brand – and no doubt injected plenty of funds too – Ash Gaming has managed to reach an enviable position.

At first, games from this developer were created in Flash format. Since that time, they have been moved across to HTML5, allowing mobile gamers to access the titles on smartphones and tablets. This allows the games to reach a larger audience still, so the company have covered all angles.

Something that certainly stands out about this developer’s games, is the immense attention to detail. The graphics on display are some of the most visually appealing that we have seen, and the themes of each slot are designed and integrated in the best way possible. The likelihood is that you’ll experience some intriguing bonus features in their games too.

With Ash Gaming being a British developer, many of its games have taken on themes and characteristics that will appeal to UK gamers. This means that anyone familiar with or residing in the United Kingdom will no doubt recognise much of what is included in the developer’s titles.

In fact, some of the key games from this brand take well-known television shows as their base theme. You only need to look at the comedy slot Little Britain which mimics the sketch show, or the fact that talent shows have become so big in the UK with games like Britain’s Got Talent and the X Factor following up. While Ash Gaming could have simply created such games as standard slot offerings, it hasn’t. Instead, the games are thoroughly entertaining, featuring multiple ways to win, various special feature rounds, and appealing bet customisation options.

Now, that’s not to say that Ash Gaming aims for a solely British audience, because it doesn’t. It has various other slots that will appeal to a global gaming market, including options like The War of the Worlds, Pharaoh’s Treasure, and Open Sesame.

To add to that, the developer began pushing its boundaries with slot games, creating a collection of progressive jackpot offerings to add to its catalogue. Therefore, gamers with an appetite for huge windfalls will find satisfaction with Ash Gaming. Some of their most-famous progressive jackpot slots include titles like Chests of Plenty and Leprechaun’s Luck.

In the earlier years, most of Ash Gaming’s slots could be found at online casinos that catered to UK residents. Naturally, because of their ability to craft games pertaining to British culture, this isn’t much of a surprise. However, once Playtech purchased the company for £23 million in December of 2011, the accessibility of the software expanded to international platforms on a much larger scale. This is because Ash managed to gain access to many of the partners that Playtech works alongside, enabling its games to be driven in to new markets.

The takeover by Playtech did little to adjust the core Ash Gaming team, which still remains the same to this day, and although the management structure may have changed, the ideas and the creativity behind the company’s games remains the same. All games are still released under Ash Gaming branding rather than Playtech, although you will see Playtech’s logo on most of the company’s slots these days, alongside the Ash Gaming one.

If it’s online casinos in particular that you’re looking for, then you won’t need to search far for one that includes Ash Gaming’s products. Some of the world’s biggest platforms, like Coral and Ladbrokes, utilise the games from this developer in their lobbies. This means that you’ll also be able to benefit from high-quality and intriguing promotions from some of the best casinos.

It’s no secret that Ash Gaming has created and released some stunning games over the years, but all developers have a small group of elite games that are considered their player favourites. Ash Gaming is no different in this respect, and some of its games stand out a lot more than others. The previously mentioned Britain’s Got Talent game is one that will always stand out from this developer. It gives you the impression that you’re auditioning on the stage in front of the judges, but what will your talent be? Singing? Dancing? Juggling? This slot really represents the wonder of talent shows. 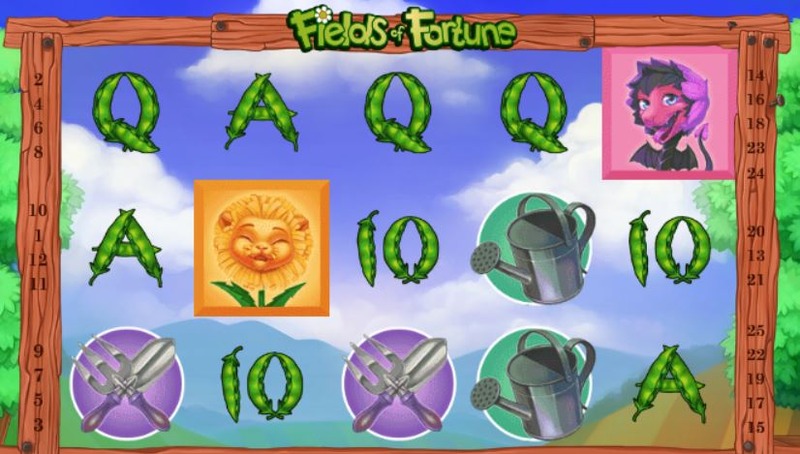 Fields of Fortune is another one that we recommend, which drops you into a field of brightly-coloured flowers, watering cans and garden implements; but it’s perhaps the expanding wilds, scatter symbols, and two different freespins rounds that make this game so ultimately impressive. And of course, it features Ash Gaming’s signature brand of high-quality graphics, too. 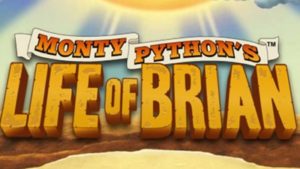 Any self-respecting UK player will recognise the Monty Python’s Life of Brian offering. It’s a much-cherished film, so you can imagine how popular it is in slot game format. This one comes with a progressive jackpot for you to try and win, as well as a multitude of special bonus rounds. These include the Stoning Bonus, the People’s Front of Judea Bonus and the Wild Spaceship Respins!

If it’s more games that base themselves on television series’ that you want, you should definitely try out Monty Python and the Holy Grail, X Factor Platinum and Little Britain.

It’s clear to see that Ash Gaming has come a long way since its humble beginnings in 2000. The fact that Playtech even stood up and took notice says it all. Saying that, if Playtech hadn’t stepped forward and bought the company then maybe they wouldn’t have reached as many markets as they have since. Being under the umbrella of such a huge parent company can only have helped Ash Gaming grow.

Throughout the years, the developer has managed to come up with a good range of games, featuring themes that the British public can relate to. However, it has also expanded its range to incorporate titles that a global audience can appreciate.

The great thing about Ash Gaming is that it has never faltered in providing players with a high-quality experience. Even before Playtech came along, the company’s games have always featured the best quality graphics and visually appealing imagery, as well as the most intriguing inbuilt special bonus rounds.

Ash Gaming is clearly here to stay, and it seems as though it will continue developing and advancing with Playtech as its parent company.

The only thing that remains to be seen is how high can they climb?