Cryptologic is one of those software developers that has a storied history behind it. The brand was originally established in 1995 and it went live with its first casino in the following year. Since the mid-90s, Cryptologic’s progression saw it go from a small player in the industry to one that was attractive enough to be swept up by the Amaya company in 2012. To add to that, its business-to-consumer division (WagerLogic) was sold to a third party in later months.

But we’re getting ahead of ourselves. When you learn that two Canadian brothers began the business from their parents’ basement, it’s quite remarkable to see how the company progressed to the point that it was purchased by one of the biggest name brands in the industry. Originally, Cryptologic based itself out of Toronto, Ontario, Canada. However, it then moved to Dublin, Ireland and after the takeover by Amaya, Cryptologic didn’t really seem to exist anywhere anymore. It lost its identity and became a part of the bigger brand.

The games from this developer still exist though, meaning that players will still be able to experience what Cryptologic gave to the industry. The collection of games from the company aren’t going to set any records for being the largest but there’s still a plentiful selection for you to access, plus, whatever the Cryptologic collection lacks in size, it more than makes up for in terms of design, quality and unique features. There’s plenty of intrigue behind the developer and its games, so let’s find out more about it.

It’s not every day that you hear of a successful software developer that drew from the basement of a family home, yet for Canadian brothers Mark and Andrew Rivkin, that’s exactly what happened. Founded in 1995, the company didn’t have to wait long before they began supplying InterCasino with software, which got them on the radar and kicked off their journey.

It was the brothers’ idea at the time to find a real-life application for a secure online financial transaction system – something that they had developed themselves. Through a subsidiary company (the aforementioned WagerLogic) all of the company’s licensing, support services, and payment processing were handled, and InterCasino became the first licensee of the brothers. As the years went on, Cryptologic would proceed to make several deals for other online casino and poker rooms, with one of the most notable being William Hill Plc.

William Hill would be the first of many UK-based bookmakers that Cryptologic would work with, and deals were also signed with Littlewoods Gaming and Betfair, with the latter resulting in the launch of an exclusive online poker game. The move to have their software used on many overseas platforms also saw Cryptologic receive certifications from highly respected regulatory bodies. The Isle of Man provided a software certificate in 2002, and the Alderney Gambling Control Commission two years later. 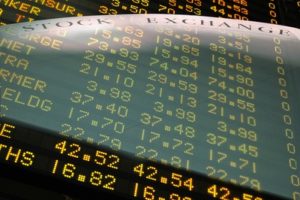 Throughout its years of operation, Cryptologic found itself being traded on various stock exchanges, starting with the Toronto Stock Exchange in 1998. It also featured as part of NASDAQ in 2000, and then on the London Stock Exchange in 2003.

In 2002, the company was put under the leadership of Lewis Rose, who acted as President until 2007. During his tenure, the market capitalisation of Cryptologic exceeded all expectations, growing from $90 million to in excess of $400 million. In fact, the developer became so big that in early 2007 the Playboy Brand chose them as a partner. Casino and poker offerings were provided on Playboygaming.com, utilising software from Cryptologic to power it.

Of course, such popularity and high-profile activities didn’t go unnoticed by other brands. Cryptologic was starting to excel in all areas, and with such an increase in market capitalisation bids were put forward to purchase the company. Yet it wasn’t until 2012 that anything actually changed, and this is when the Amaya brand came on the scene.

The Amaya Takeover and Beyond

In April of 2012, the Amaya Gaming Group made the announcement that it had acquired the Cryptologic developer in a cash for shares deal totalling $35.8 million. This brought Cryptologic and all of its games under the Amaya banner, essentially merging them into one under the parent company’s name. Amaya would go on to sell off Cryptologic’s business-to-consumer facing subsidiary, WagerLogic.

In a transaction that was valued at about $70 million, Goldstar Acquisitionco Inc took over the WagerLogic brand in February of 2014. With this sale, all of Cryptologic’s online gambling sites, including the InterCasino and InterPoker platforms, fell into the hands of Goldstar Acquisitionco.

What some people don’t know about Cryptologic though, is that it was also sold again in 2015, being picked up by Nyx Interactive for a total of $119 million, and even though Cryptologic doesn’t really exist anymore in its individual state, you’ll still be able to find a number of online casinos and games that have Cryptologic to thank for their existence.

While Cryptologic is no more, that doesn’t mean that it hasn’t left its own mark on the gambling industry. It’s been responsible for designing and creating some of the online world’s best slot games. For example, the hero-themed games featuring Marvel and DC Comics characters are some of the company’s best work, therefore titles like Iron Man, Fantastic Four, Blade and others, stand out as being some of the most successful titles.

You don’t need to look too deeply to discover that reviews of Cryptologic games tend to all say the same thing – they’re beautifully crafted and thoroughly entertaining. They’re well-known for integrating impressive graphics with intriguing gameplay, and for their time, Cryptologic were pushing boundaries with their visually stunning slot games.

Yet it’s not all about the imagery in slot games. They need to offer other appealing features too, and that’s not something that Cryptologic were afraid of. Superior sound effects can be heard in their games, along with enthralling soundtracks, fun inbuilt features and supremely customisable betting possibilities.

To add to that, Cryptologic’s software stands out against the masses because it provides large pay-outs, a diverse choice of titles, and non-stop enjoyment.

Standard slot games are one thing, but Cryptologic is also known for having created a small group of progressive jackpot titles, too. Some of the more popular options in this category include games like Rags to Riches, Sirens, Hulk and The Millionaire’s Club series. The jackpot sizes that you can find in these games do differ from one to the next, but if you’re a fan of trying to win large amounts there are a few Cryptologic-crafted titles that will cater to you.

Playtime Features for All 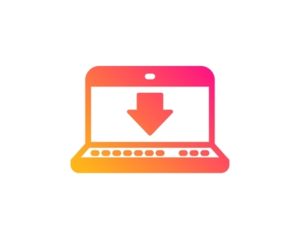 When Cryptologic first began operating in the mid-90s all of their games were download only. This was typical of the time and the route that all online casinos went down; however, as the times changed it became apparent that web browser-based gaming was becoming popular. Not one to be left behind, Cryptologic quickly developed in this new area.

This saw the brand adapt the way it built new games to enable web-based play, whilst also remodeling all of its former games to be able to do the same. Therefore, any Cryptologic games that are still available online today, can be accessed via both download or non-download routes.

Something to keep in mind about this developer’s games is that the vast majority of them won’t cater so well to mobile gamers. At the time of writing, Cryptologic games aren’t offered to smartphone or tablet users. Anything that was created under the Amaya umbrella after the takeover will be accessible to mobile gamers, but the original Cryptologic game set weren’t updated for this platform. Therefore, it may not be the best software developer to try if you’re a mobile gamer.

Without a doubt, one of the biggest attractions with Cryptologic is the range of Marvel slots in its collection. Cryptologic are one of the only online developers that has ever been licenced to design and produce Marvel-themed games, and they were the first ever to do so. The only other developer to have ever held the rights has been Playtech.

Cryptologic ceased production of Marvel slot games once Amaya took over, although the parent company has continued with producing such – just not in as focused a way as Cryptologic did.

The company has also dabbled in the creation of DC Comics superhero games, such as Superman, although Marvel was the mainstay throughout the period of time that Cryptologic was its own entity.

If you can say one thing about Cryptologic, it’s definitely a survivor. Alright, it’s been bought out by Amaya and then sold on to the Nyx brand, but the games that have been created by the company have lived on throughout all of this. It takes a lot for a company to stop producing games and still be a ‘name’ talked about in the industry. Even today, you can still find games from the brand at online casinos, and that’s a true testament to the longevity of the company’s products.

Being the first developer to hold a licence to create Marvel-themed games was a huge perk for Cryptologic, yet during its years of operation the brand designed and crafted a strong selection of games with a varied set of themes behind them. All of the titles from the developer can be accessed through download and instant web play versions,

making them available to a larger number of people, and yes, while it is a bit disappointing that the games aren’t accessible through mobile devices, Cryptologic’s titles have still managed to reach a wide audience.

The likelihood is that Cryptologic’s game catalogue will continue to exist in the online gaming world for many years to come, despite the changing times. It’s endearing when a company can build up its own legacy from such humble beginnings to becoming such a powerhouse in later years, and the fact that people still play their games today over newer titles is praise indeed.