Especially popular in the UK and regarded as one of the country’s top slot game developers, Barcrest has delivered its fair share or high-quality offerings over the years. Speaking of years, this software provider has officially marked half a century in business since its establishment back in 1968. Naturally, in that time it has undergone a series of changes to adapt to the constantly evolving gambling industry.

At one point, it was acquired by software developing giant IGT, and after that, the ownership of Barcrest passed on to another major player on the scene – SG Gaming. Over the past 20 years though, slot players have always had the opportunity to enjoy a seamless gaming experience from Barcrest online and offline, regardless of who held the reigns.

Their games have been a staple for great visuals and solid structures with plenty of entertainment value, but perhaps the best example of a game gone viral would be Rainbow Riches. Since its initial release, it has gained a pretty dramatic following among players, and sparked a series of sequels that have improved on various aspects of the original.

A Child of the 60s Done Good 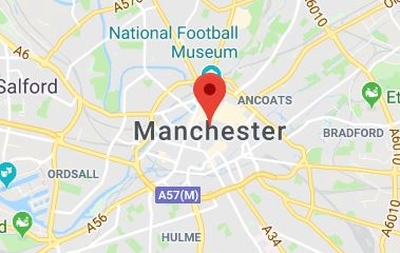 Before we get into the juicy details about this developer’s work, wouldn’t it be appropriate to first get to know a little about its past? We thought it might be. And with such a rich history there is a lot to learn about software manufacturer Barcrest.

The company calls Greater Manchester home, where it first began to supply bingo halls, pubs and amusement arcades with its products. Throughout the next few decades, Barcrest kept on expanding and building its reputation, and eventually became the most widely recognized brand, and the biggest fruit machine supplier in the UK. What’s more, Barcrest slots were among the first to offer players the opportunity to exercise their skill. This was, in fact, one of the regulations of the UK market.

Speaking of regulations, Barcrest also masterfully took advantage of the lack of them in Europe. Thus, in the 80s and 90s, the name also became known internationally. But Barcrest wasn’t the only gaming company looking to expand into Europe. The American software developer IGT did the same and in the process also acquired Barcrest in 1998. Even under IGT’s ownership, the UK manufacturer still continued to create fantastic slots that further contributed to the outstanding reputation it enjoys today.

It wasn’t until 2011 that the ownership changed again, and this time SG Gaming was doing the buying, who also merged the UK company with another project – The Global Draw. Even with all of these different names floating about, the Barcrest brand is still alive and well. In fact, all of its slot games are still released under its original moniker.

What to Play and Where to Play it

Barcrest has worked on the development of various types of games for the gambling industry, both online and offline, but its main focus today is creating software for video slots. The majority of titles by this provider are traditionally Flash based, however, with the increasing popularity of smartphones and other portable devices, it’s only logical that the company explore this side of the market too. They are, in fact, releasing an ever-growing number of slots that are available on mobile devices.

It’s also no secret that the Barcrest brand has become synonymous with high standards, and this goes beyond simply providing a wholesome overall setup for games. One of the main things that makes these slots stand out is their great visuals. As you will be sure to notice yourself, the newer the release, the more advanced and sophisticated the graphics will be. This includes 3D and HD animations, as well as very fun and exciting themes.

Take for example Dr. Jekyll Goes Wild, which is a prime example for amazing visuals and a rich theme. In addition, many of the Rainbow Riches sequels happen to boast 3D graphics, such as Rainbow Riches Pick N Mix and Rainbow Riches Freespins; and since we’ve mentioned these games, let’s also point out that you can play them across all platforms. 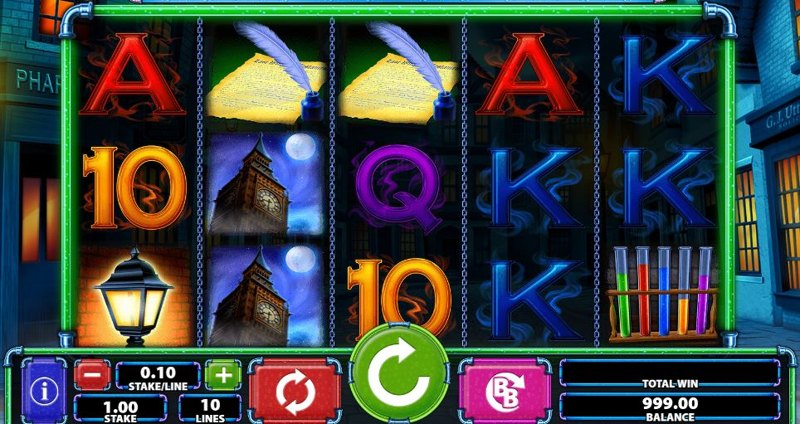 Another thing that makes Barcrest titles so appealing to players is their user-friendly trademark interface. If you’ve played one Barcrest offering, then you will instantly be able to maneuver your way around the rest. The controls are very intuitive and they feature unique icons that no other games have, which makes a Barcrest slot game instantly recognizable.

That One Hallmark Feature…

Another unique thing about this specific provider is the Big Bet Feature. Yes, there are other games out there offering similar options, but none are quite like what you get from Barcrest. Taking advantage of the Big Bet Feature is a choice that may increase your winnings in the games. In addition, it just adds an extra layer of customization that many players genuinely crave in a good slot.

Plus, Barcrest games are very transparent about their average RTP, and if you head over to any game’s paytable you will see how the Big Bet option increases it. As a matter of fact, you will find that some titles even come with an RTP of up to 98% – and that is pretty much as high as it gets in this industry.

What’s in a Theme?

Before we get into the flashy stuff we would like to cover the more traditional bits first, and by that we are referring to the many classic slot machines that Barcrest features. What we really like about this developer (and we’re not alone) is how it manages to put a great modern twist on vintage slots. 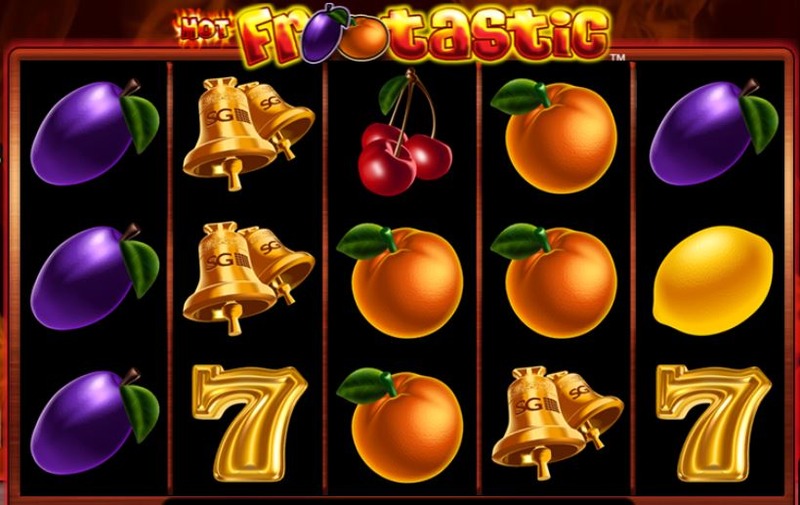 For one, it provides your typical fruit machine feel with familiar symbols, but uses a modern layout, so you get to enjoy a contemporary grid of 5 reels and more than just 1 or 3 paylines. A great example of this is Hot Frootastic; it comes with 10 paylines and glossy, polished retro fruit icons. Hot Slot is another title that provides a modern spin on an old theme, including modern special features. And then Call of Fruity takes the fruit theme to a whole new level where you won’t even recognize it anymore.

Barcrest has also released a couple of series that follow the same theme. One of them is based on the extremely popular board game Monopoly, and they even come featuring some of its iconic playing pieces. All three slot games in this series also offer players a variety of bonuses and other extras, including the obligatory Big Bet feature.

And of course, we also have the iconic Rainbow Riches series. The first game was released in 2006, and it was such a hit with players that more simply had to follow. The games revolve around your typical Irish luck theme, with a leprechaun and dreamy green hills as their focal point.

These are also densely packed with all sorts of special features which ramps up the entertainment value, and each of the games in the series also comes with the Big Bet option to increase your winning chances.

Although not quite a series, there’s a recurring theme in a number of Barcrest offerings. It’s not strictly unique to this developer, but it is known to pop up in their games more often than others. The theme is jewels and precious stones, which will no doubt appeal to your inner magpie. Think in the direction of games like Crown Jewels, Jackpot Jewels and Jewel in the Crown.

The Best of the Best 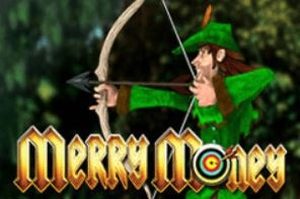 We keep mentioning the Rainbow Riches slots in this software review, and with good reason. The original game is by far Barcrest’s biggest hit and most popular offering to date. Not even the newer much better looking sequels can compare.

But in addition to that, there are other titles that players have grown to love over the years, Ooh Aah Dracula is one of them. Boasting rather playful visuals, it delivers a pleasantly fun twist on an otherwise spooky theme. Merry Money is certainly also another player favorite and that one’s loosely based on Robin Hood.

We simply must mention Money Mad Martians Cosmic Cash too. While it doesn’t boast the latest or most sophisticated visuals, it’s terrifically well-balanced in all other respects. Plus, it has a charmingly dated feel to it, which we think adds to its appeal.

And of course let’s not forget titles like Top Spot, Flame of Fortune, Thai Flower and Arabian Charms. Each of these comes with its own theme and style of visuals, but what they all have in common is a compelling structure, with satisfying bonus features and great winning opportunities. Not to mention that some of these have at different times been the most played slots in the UK.

Barcrest isn’t the world’s largest or fanciest software developer, that much is certain; it hasn’t quite had the resources to gain fancy licenses for film franchises or comic book superheroes like some of the real giants out there. That is totally ok though, and not at all what players have fallen in love with this provider for.

The UK gaming company has been around for 50 years now and it has strived to deliver titles that are as rewarding as they are entertaining. The main advantages of most Barcrest titles are the multi-layered bonuses and very smooth overall gaming experience.

Barcrest has been and still remains in a leading position on the online gaming scene.