Real Time Gaming (RTG) gives us a constant reminder to “take gaming seriously”, and since they have been active since 1998 it’s clear that they follow their own advice. Being over 20 years old, RTG can claim to be one of the longest-running online software developers in the modern industry, and that’s not something to be sniffed at.

Something that has always stood out about RTG is that it offers its range of games to gamers in the United States. This isn’t something that a huge number of providers can claim to do, so that’s another feather in the cap of the company; when you also consider that it has one of the most entertaining and simple-to-use games collections there’s very little to dissuade players from trying their wares.

Over the years, RTG has built up its portfolio of games to around 300, and it’s still releasing them on a monthly basis to ensure that it remains fresh in peoples’ minds. Additional features of this developer include the fact that it utilises some exclusive features within its games, as well as some unique games overall. This being the case, whatever your favourite type of casino game you can bet that Real Time Gaming is right on point with providing such options. 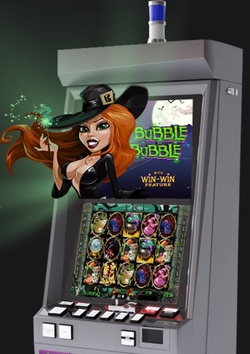 If you were to ask anyone who knows the industry to name a few of the most-popular and well-known developers, it’s quite unlikely that RTG would be the first name on their lips. That’s a bit of a shame, because the amount of effort that this brand puts into its games is evident from the moment that you load them up. The brand recognition is much stronger state side, however.

Looking back to the company’s humble beginnings, RTG first began providing casino games to the public in 1998 when the online casino industry was in its embryonic stage. That wasn’t something that was going to stop RTG though, who expanded its reach at quite a rate in its first few years of operation. By dipping its feet into the online gaming market as well as crafting land-based video slot machines, the company covered all eventualities and everything seemed to be going perfectly for them.

In the company’s first five years of existence, it went on to win several awards from the gaming industry; quite the achievement for a small time start up from Atlanta, Georgia. A lot of this was down to the fact that RTG crafted its very own series of slot games known as ‘Real Series Slots’. These incorporated new features such as bonus rounds and popular free spins functions.

A potential roadblock surfaced in 2006, when the United States introduced its Unlawful Internet Gaming Enforcement Act (UIGEA) which saw many developers pull their products from the US market completely. Real Time Gaming didn’t see this as such a huge barrier, instead choosing to relocate to the country of Costa Rica, which is where it remained for a year or so. Because RTG doesn’t have any real involvement with the gambling legislation aspect of the operators that it works with, it was able to continue offering its portfolio to the US gaming population. 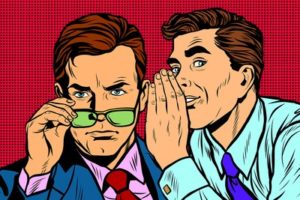 It hasn’t all been plain sailing for the developer, though. Even though things were running quite nicely for the company throughout its first years, an issue arose a little later on when a player managed to secure a $1.3 million win from two casinos that utilised the RTG software. This huge win came from playing the popular Caribbean 21 blackjack game in high stakes mode.

This player was accused of cheating to win the $1 million sum; it’s said that he made use of an automated program to play the game, although this was never proven. The story reached the gaming community, with the majority of people suggesting he should still receive the money that he had won. Instead, it is thought that a settlement was reached with the player, although again, nothing was ever proved.

Some have also accused RTG of being able to alter the payouts on slot games and video poker, which are the two types of games that this developer focuses on the most. Of course, this is another problem that has caused controversy for the brand, although again, the claims have never been substantiated.

Even with those issues arising though, RTG remains as a popular developer as it ever was for avid casino gamers.

Focusing on the Future 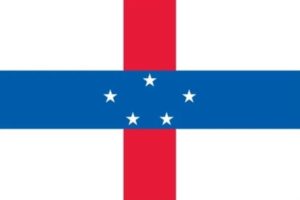 In 2007, RTG was bought out by a company known as Hastings International. That company is based in the Netherlands Antilles, which is where RTG relocated to in the process.

From there, RTG has managed to expand its reach again, still often found providing games to sites with a prime focus on the US market.

Since 2007, the developer has continued pumping out games at a steady rate, ensuring that it never falls from the minds of players.

These games have often received a certain level of praise from their players, although they never really reached the heights of games released by other developers, such as Netent or Microgaming. 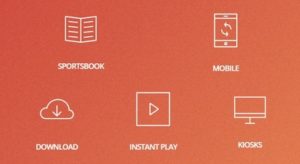 You may find that most online casinos incorporating RTG’s game catalogue will offer their lobbies in download versions or instant play. Now, this isn’t a bad thing at all, as some people do have preferences for gaming via a download lobby.

The issue comes when gamers want to specifically access the games via instant play. While many of the RTG games can be found in an instant play lobby, the full range is not accessible this way. Only by downloading the software to your computer will you be able to play the entire collection from the brand.

Don’t get us wrong, there’s still enough to play within the instant play lobby, it’s just that we don’t like to feel that we’re missing out. So, keep in mind that if you’re interested in the full range of RTG’s games, you’ll need to play via the downloadable lobby.

Even though there has been some controversy attached to the RTG brand in previous years, that hasn’t stopped some of its games from rising above others in terms of popularity. The ‘Real Series Slots’ that were mentioned previously continue to be one of the favourites of many RTG players. This is because they feature two different jackpots that you’re able to win – a minor one and a major one. Yet, there’s no specific combination or bonus round that you need to trigger to win one of these. Instead, they pay out randomly following any spin, so any player can be the lucky winner of the jackpot. Some of the very best titles in this range include Aladdin’s Wishes, Caesar’s Empire and Ronin. 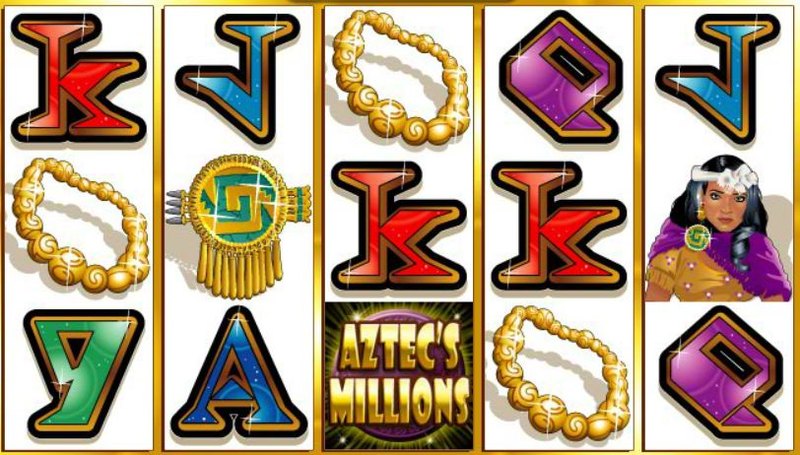 It would be wrong of us to not mention the Aztec’s Millions progressive jackpot slot game from RTG. Naturally, the theme behind this one is of the Aztec empire from centuries ago. RTG manages to incorporate the progressive part of the slot into gameplay perfectly, and this is one of the games that can be accessed in download or instant play mode. It’s also one of the older slots from the developer though, so the graphics aren’t anything special by modern standards, but this doesn’t take away from how appealing the gameplay and inbuilt features are. 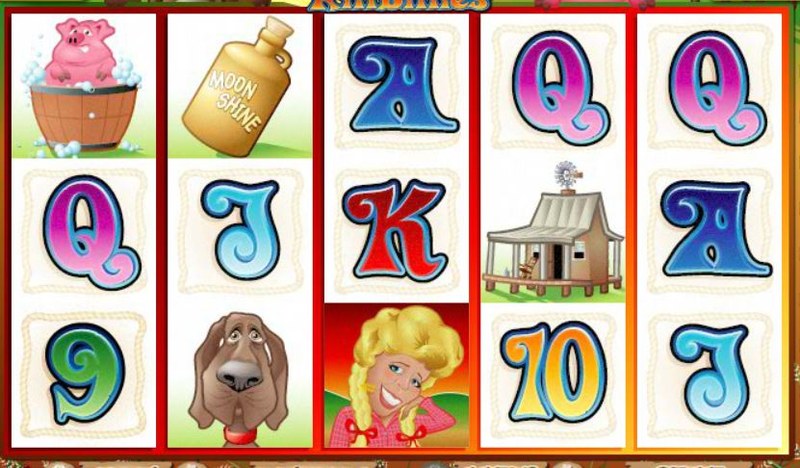 And finally, we think you may be quite enamoured with the Hillbillies slot game. There’s just way too much quirkiness here not to love every second of it. With five reels and three rows as well as 20 paylines, it could be one of the ultimate slots to play from RTG. You’re able to trigger eight free spins, while the hillbilly characters that appear on the reels can multiply your wins up to 20x over. Scatter symbols appear across the reels too, while a progressive jackpot can also be won. 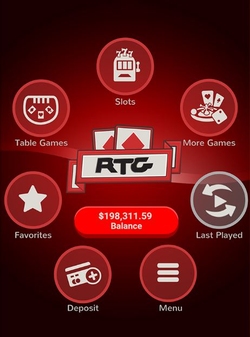 You don’t need to be a genius to see that Real Time Gaming has come a long way. Just look at its earliest games and compare them with the games that it’s releasing today. They’re graphically better and incorporate better gameplay aspects as well. Yet, even though this is the case, they haven’t lost any of the intriguing inbuilt features, such as free spins and bonus rounds.

It’s always impressive when a software developer remains in the game for so long. Existing since 1998 and continuing to pump games out on a regular basis has to earn RTG a huge number of brownie points. Yes, it hasn’t really reached the popular heights of some of its peers, but there’s nothing that RTG should feel disappointed about. It remains as one of the only developers to provide its games to the US market, whilst also ensuring that the entertainment factor remains a prime focal point.

Anyone can see that the brand has increased its potential and reach around the world, and by offering its games in download, instant play and mobile versions, RTG is able to cater to a wide variety of gamers.

Of course, any company that has had scandals in its past is bound to be minorly hampered by such times, yet RTG seems to have risen above and beyond these controversies to bring itself back to a fighting stance, enhancing its reputation once more by providing enthralling and unique games to the masses. This is clearly the focal point for now.