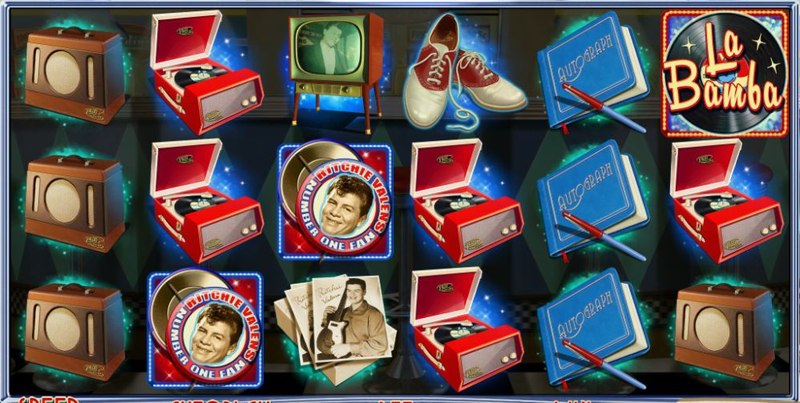 Not many people may remember these days, but Ritchie Steven Valenzuela, better known by his stage name of Ritchie Valens, was an American singer, songwriter and guitarist back in the late 50s. Unfortunately, his recording career only lasted eight months because he was tragically killed in the same plane crash as Buddy Holly and The Big Boppa. He was 17.

During his eight-month career, he had multiple big hits, the most notable of which was “La Bamba”, and this slot pays homage to Ritchie and that song. It all takes place in an American diner, whilst on the reels you’ll see symbols starting with tickets to one of his shows, a radio, an autograph book, and promotional photos. Then comes a record player and a pair of Ritchie’s stage shoes. A television with him on it, his guitar, and pins with his image on them also appear on the reels.

The game has a setup that consists of six reels and three rows altogether, so it’s slightly longer than a standard layout. Across this interface, RTG has also added a set of 729 ways for you to win, which is a huge amount. Naturally, they cannot be customised, but you can still alter your bet per spin. This is done with the arrow buttons on either side of the “Bet” box. With those, you can select from a wager of between 30p and £3 per spin. 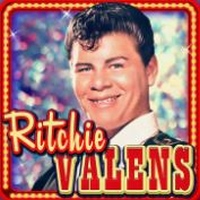 Ritchie Valens himself is the symbol that operates as this game’s wild addition. As such, he will substitute for all other symbols on the reels, helping you to create winning combinations. The wild symbol can show up on reels two, three, four and five only during base games, and he will even stand in for the game’s scatter symbol.

Whenever it does show up, Ritchie will expand to cover the entire column he’s on before pays are awarded to you, and if he does go on to substitute in a win, he will double the pay-out that you receive. 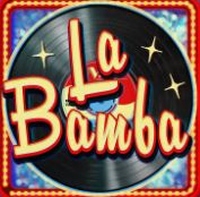 The record of La Bamba is the symbol that works as the slot’s scatter addition. Scatters have the ability to come into view in any location and still reward you with a pay-out for doing so. It takes four or more of them showing up to activate the game’s bonus feature. The bonus feature of free spins is enhanced if five or six scatters trigger the round, though.

Free Spins – Depending upon how many scatter symbols activate the feature round, you’ll be on the receiving end of different perks. These play out in the following way: 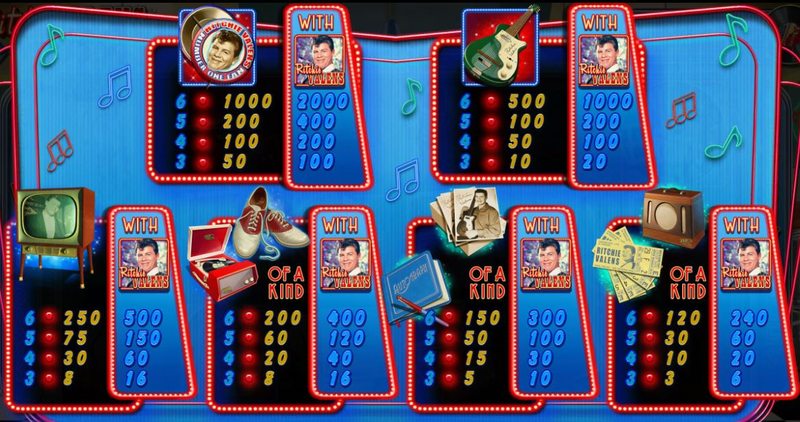 Even if you’re not a fan of the La Bamba song, you’ll definitely want to play this online slot game from RTG. It’s filled with wonderful graphics, a sense of nostalgia, and you can even listen to one of several Ritchie Valens songs while you spin its reels. With the inclusion of three types of the same free spins round, as well as expanding wilds and scatters during base gameplay, this is one you won’t want to miss out on.