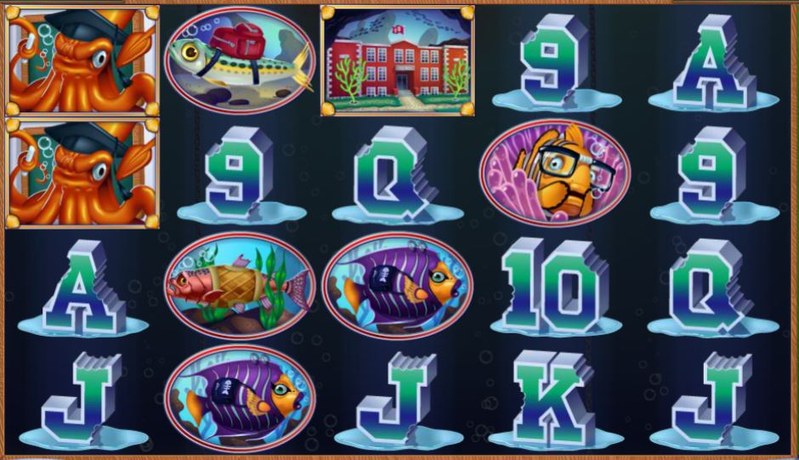 What sorts of lessons would be taught at shark school? We’re certain there’d be one for hunting, possibly another for being ultimately terrifying, and a third for keeping their teeth sharp perhaps? This obviously doesn’t go on in the real world, but it certainly goes on in RTG’s slot title, Shark School.

This slot utilises decent graphics, bring the game to life and ensuring that you have a wonderful time playing it. The first of its symbols come in the form of the standard playing card icons running from 9 through to A. The next two are represented by the nerdy fish hiding in the coral and another carrying a backpack. Then there’s a female fish with a handbag and another wearing a strange jumper. Four different sharks make up the top four symbols of the game, including both a Great White and a Hammerhead shark.

This RTG game features a set of five reels and four rows. This makes it slightly larger than what is considered the norm for an online video slot. Across this layout there are 50 pay lines for you to bet on, although you have the possibility of customising these easily enough. You can also change the value of your bet between 1p and 10p per active line, so the maximum overall wager possibility in the game stands at £5 per spin.

A school wouldn’t be complete without a teacher, and that is the role that has been taken up by the octopus. It has multiple arms, so it’s more than suitable for the job in hand. The teacher symbol appears in groups on the very first reel, and when it does it will substitute for all standard symbols, including the game’s scatter addition.

If it does appear grouped there, then it will count just once for the scatter symbol.

It’s the image of the school itself that works as this slot’s scatter symbol. Therefore, it doesn’t need to be on a pay line to reward you with a pay-out. Five of the scattered school symbols showing up will multiply your wager by 100x over. It’s also this symbol that triggers the slot’s feature round. Just bring three of them into view and you will get to choose one of 3 features: 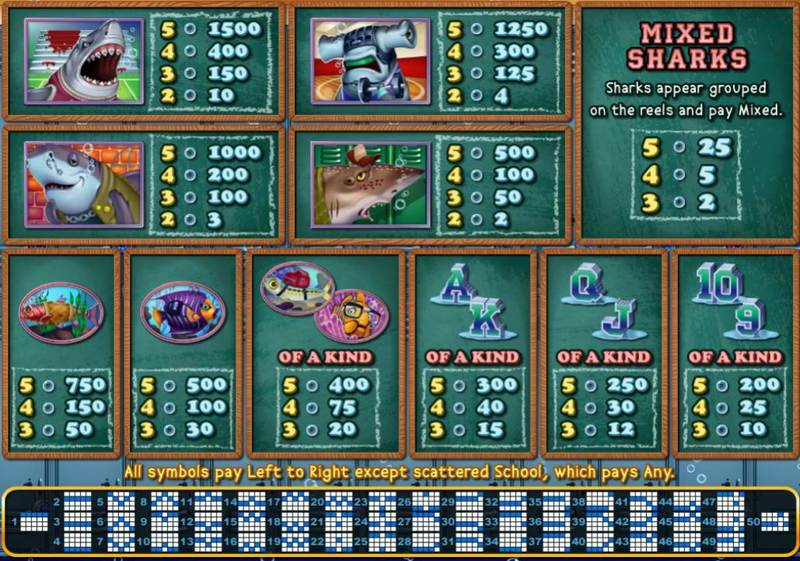 Shark School is a truly exciting game with plenty of fun to be had throughout your gameplay. The three feature rounds make it much more entertaining, while the wild and scatters also add to its overall appeal. Combining this with RTG’s perfect graphics make it stand out and we think everyone should play this game at least once.