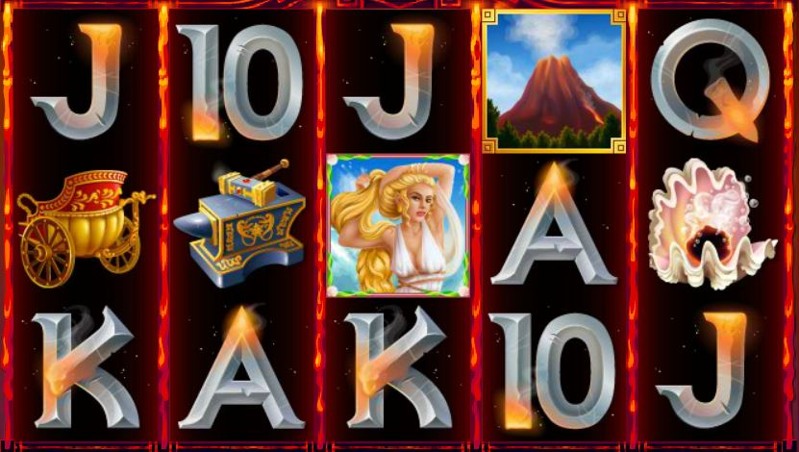 With a title like this one it might not be immediately obvious what the slot is all about, but as soon as you load it up it’s obvious to see it’s about Ancient Rome. However, what exactly does Ancient Rome have to do with the word ‘Vulcan’? Well, in Roman religion, Vulcan is a God of fire. He is prominent particularly in fire’s destructive aspects, such as volcanoes or conflagrations. Usually, he is depicted with a blacksmith’s hammer in hand, and Ancient Rome used to hold a ceremony known as the Vulcanalia every year, which took place on August 23rd.

It is this god that the RTG slot is dedicated to. We’re fairly sure that he’d be impressed with the developer’s setup of the game too, which includes some perfect graphics. These begin with playing card symbols of 9 through to 10, J, Q, K and finally, A. You’ll then see an anvil with a hammer on it followed by an oyster shell, relating to his consort, Venus. A Roman chariot also appears as a symbol on the reels of Vulcan, while a temple entrance is also present; and of course, Venus appears as a Goddess on the reels, too.

The layout of Vulcan consists of five reels and three rows in total. At the same time, RTG has added a set of 25 pay lines into the slot, which you do have the possibility of reducing if you so please. You can also customise the bet that you bring into play per spin, simply by utilising the relevant up and down buttons at the bottom of the reels. This allows you to choose from wagers between 1p and £5 per active line. So, the maximum wager in Vulcan stands at £125.

At the top of the reels on either side of the screen you’ll see two jackpots. These are the Minor Jackpot and the Major Jackpot. You’ll witness the totals of these jackpots increasing whenever someone chooses to place a bet on the game. They are paid out completely at random, so your sole task is to continue spinning the slot’s reels and you could find yourself winning a huge amount in the process. 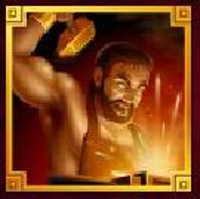 Vulcan himself appears as a wild symbol on the reels of this game. Wearing his blacksmith attire and in the middle of hammering out a new sword, he will show up on reels two and four only. Yet, he appears in groups on those reels, helping you with the possibility of forming multiple wins from a single appearance.

The only symbol that he won’t substitute for is the scatter inclusion. The prize that you receive from forming a winning combination with Vulcan involved is tripled. 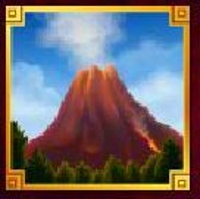 Watch out for the appearance of the volcano symbol, because this one operates as the game’s scatter icon. Scatters have the great ability of being able to provide a pay-out from any location that they show up in. Five of them coming into view anywhere will reward you with a multiplier of 125x your wager. You’ve also got the possibility of triggering the Fire of the Gods feature with this symbol.

Fire of the Gods Feature – How would you like to be the winner of up to 300x your in-play bet? Well, if you trigger the Fire of the Gods feature, you could be. You’ll get 15 free spins in this round and all wins that you form during the round will receive a double multiplier.

This feature has the ability to re-trigger three times over, with each re-trigger awarding you with five more free spins on top of your current total. Any re-trigger will also increase the free spins multiplier up to a maximum of 3x for all remaining games. A second re-trigger increases it to 30x, and a third re-trigger presents a massive 300x multiplier to you. Furthermore, during free spins, the Vulcan wild may show up on reels two, three, four and five. 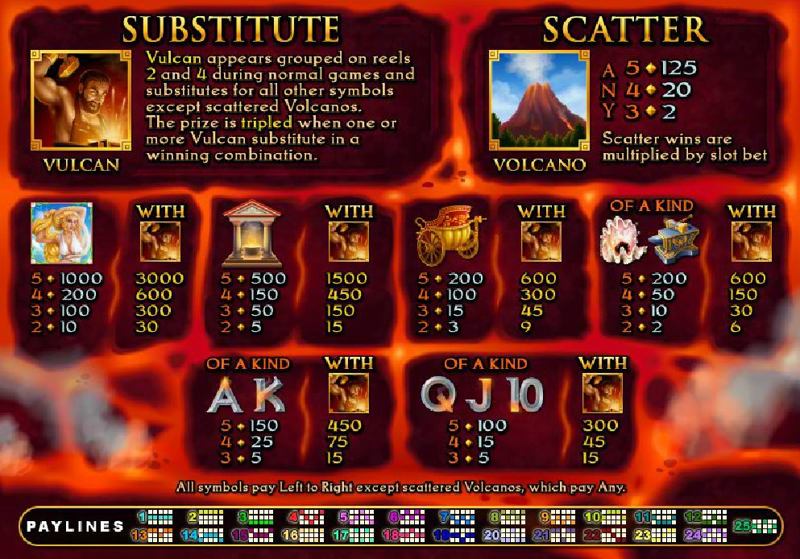 Vulcan is a really great slot game from RTG, and it brings the theme to life with its impressive graphics and animations. Players will get to experience a wonderful free spins round that can re-trigger and has an increasing multiplier, whilst wild symbols and scatters also come into play. With a set of progressive jackpots available to win too, this one really is a Godly offering from the developer.