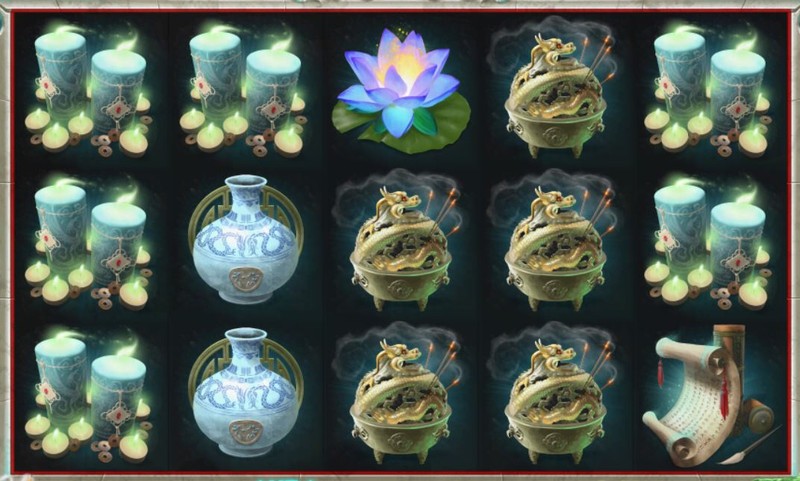 Dragons have appeared in many different slot games from a variety of developers, and Dragon Orb from RTG marks another in the same genre. While it’s true that some developers do things better than others, this developer approaches things slightly differently. It’s definitely a very RTG-style slot game, featuring wonderful graphics to enhance the overall theme. Not only that, but Dragon Orb has a great soundtrack built in and some entertaining special features alongside.

Visually speaking, the game takes you to another land, where magic and mystery are rife in the background. Then, on the slot’s reels you’ll find a selection of thematic symbols including a smoking dragon orb, a scroll, candles, an oriental vase, an Eastern temple, a lily flower and a statue of a dragon.

The layout of the Dragon Orb slot is standard, utilising five reels and three rows for you to play on. At the same time, the game incorporates a total of 10 paylines to bet on that can be customised to suit your own personal preferences by using the relevant buttons at the bottom of the reels. There are also up and down buttons for adjusting your overall bet between the minimum of 1p per payline up to £1 per line. This means that your maximum overall wager in this game stands at £10 per spin.

In the top-right corner of the screen you’ll see that the slot has its own progressive jackpot totals on display. The value of these will continue to increase whenever any player makes a bet on it. These are present in the form of a Minor jackpot and a Major one. No more than 1.5% of the stake from your bets will be taken to contribute to their overall pots.

Winning one of the progressive jackpots doesn’t require you to do anything in particular other than continue spinning the reels. These amounts are paid out to players at random, meaning that you don’t have to make a specific bet amount or trigger a jackpot round. Therefore, it’s available to all players of Dragon Orb. 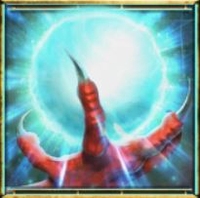 The first of this slot’s special features is its wild symbol. This one is present in the shape of the dragon’s claw clutching onto a shining orb. This can show up in any position on reels two, three and four and will substitute for all other standard symbols.

Should this occur, the symbol will also expand to cover all positions on the reel. Therefore, it can be instrumental in helping you to form multiple high-paying winning combinations.

Dragon Orb puts the wild symbol to even more use with a re-spin being provided when one or more of them show up on the central three reels.

After the wild expands on one or more of those reels, they are held in position while the remaining reels go through a single re-spin.

Should another reel feature a wild symbol that expands after the re-spin, the feature will then trigger again with all expanded wilds holding once more.

The great thing about this slot game is that it incorporates features which really gel well together. The theme merges well to create a very compelling RTG slot game. There aren’t any free spins here, which actually makes a nice change, as they can be seen very frequently as a standard special feature in slots. Instead, Dragon Orb uses expanding wilds and re-spins to provide additional entertainment, with two progressive jackpots available to win at any time. On the whole, this RTG slot is one that stands out amongst the rest.