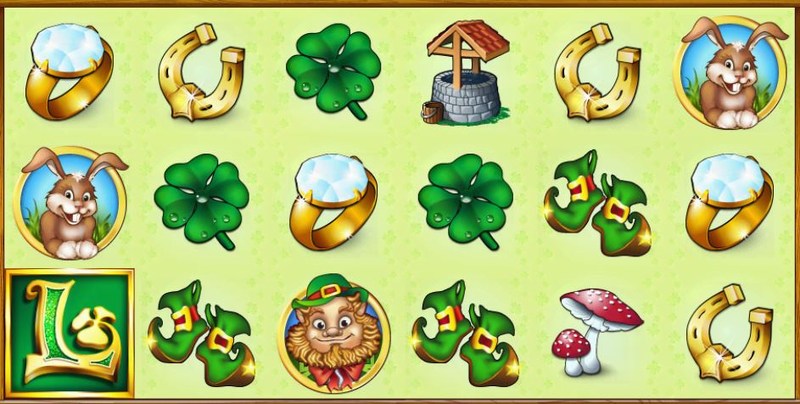 The title of this slot game could relate to anything; Lucky 6 doesn’t really give much away on its own, does it? However, when you load it up things are instantly clearer, and the game is set out to represent the land of Ireland. Yes, the Emerald Isle really comes to life on the reels of Lucky 6, thanks in on small part to the wonderful graphics presented by the developer, RTG.

The slot’s symbols begin with a toadstool and a diamond ring. Then comes the lucky horseshoe and another symbol of a rabbit. You’ll find a leprechaun’s boots as another symbol, while a four-leaf clover also comes into view. A wishing well comes next, and the leprechaun himself makes up one more. The highest-paying standard icon of Lucky 6 is the pot of gold, which can pay out up to 5,000x your wager.

Should you make the decision to play Lucky 6, you will see a layout that contains six reels and three rows altogether; a slightly larger interface than the norm. Additionally, the developer has chosen to add 10 fixed pay lines for you to place your bets on. You can’t customise these, but you can change your bet easily enough. This is done with the relevant up and down arrows at the bottom of the reels. With them, you can choose a wager of between 10p and £1 per spin. 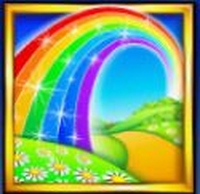 The Lucky 6 game has been blessed with its own wild symbol, which comes in the shape of the rainbow. When this one makes an appearance it will substitute for all other symbols on the reels with the exception of the scatters.

Rainbow wilds are actually grouped symbols which will appear on reels two, three, four, and five only. If the rainbow wild contributes towards a winning combination, then it will also double the pay-out that you receive for such – so there could be a pot of gold at the end of every rainbow!

There are several scatter symbols appearing in Lucky 6. In fact, there are six of them altogether, made up of the letters L, U, C, K, Y and the number 6. Scatter wins are multiplied by your total bet with up to 30x on offer as a pay-out.

If you bring four or more of them into view left to right or right to left on the reels, you’ll begin the Lucky 6 Bonus feature. This is a free spins round which is enhanced if the triggering scatters occur on line one, two, or three from right to left or left to right. There are different rewards depending upon how many scatters activate the free spins feature, which are as follows: 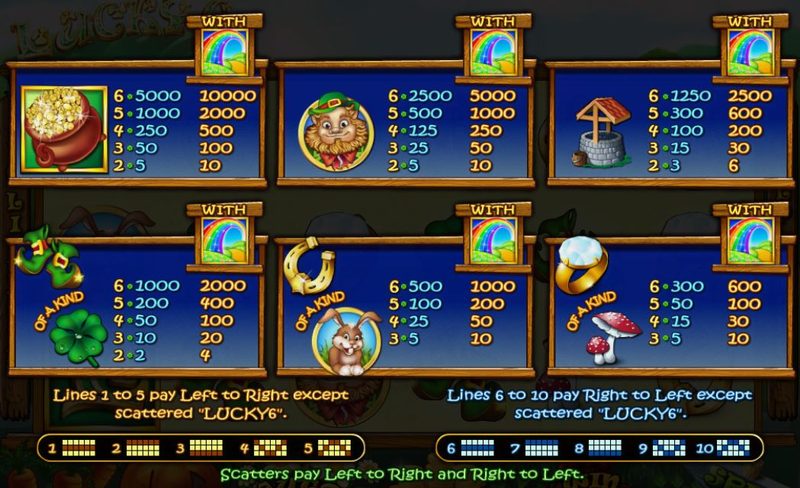 There’s so much going on in the Lucky 6 slot game, but you’d never guess it when first loading it up. However, the slot’s free spins round is one of those that will thrill from the moment it hits, while the base game completely sets you up for an entertaining time throughout.