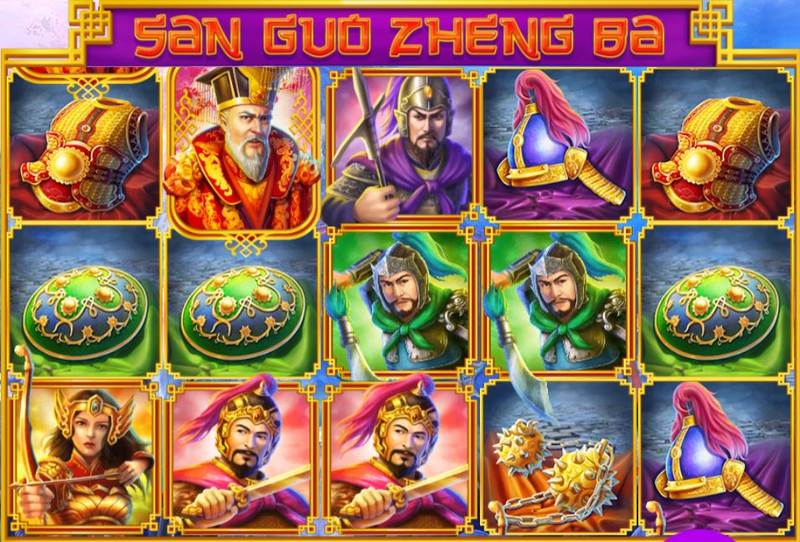 The Three Kingdoms refers to a timeframe between 220 and 280 AD when China was divided between three states – Wei, Wu and Shu. This all began with the end of the Han dynasty and was followed on by the Jin dynasty. Each of the three states was known to have a leader, with Wei being heralded by Cao Cao, Shu by Liu Bei and Wu by Sun Jian. The Three Kingdoms era is also known as being one of the bloodiest in Chinese history, and because of this, it has been greatly romanticised in various cultures, including Japan, Vietnam, Korea and its native China.

The high-quality symbols in this slot game also tell the story of the Three Kingdom Wars. The first of these are present in the shape of a helmet, a spiked ball on a chain, a shield, and a breastplate. Then come various character symbols, including Wei’s Cao Cao, Shu’s Liu Bei and Wu’s Sun Jian. Two female characters are also present, with one of them possibly being the fictional character of Diaochan.

There’s a layout that consists of five reels and three rows on display in this game, and a set of 50 pay lines. You can customise the active number of these, though; simply use the relevant plus and minus buttons at the bottom of the reels. There’s a set of these for customising your wager as well, with values of between 1p and 10p per line. This means that a maximum wager of £5 per spin is possible in the game. 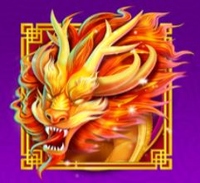 There’s an icon in the form of a ferocious-looking dragon, and during the base game this one will only appear on the third reel, operating as a wild symbol. Therefore, it stands in for all other symbols except for scatters.

This makes it quite helpful when it comes to forming winning combinations, plus, when this dragon wild does appear on a reel it will expand to cover the entire column prior to pays being awarded. 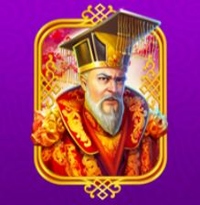 The emperor symbol operates as this slot’s scatter. This means that he can show up in any position and still reward you with a pay-out. Five of them showing up across the reels will multiply your wager by 50x over, plus, whenever three of these appear even more fun takes place.

There’s a set of five free spins available after landing 3 scatters, and during the five free spins the wild symbol may come into play on reels two, three, four and five. Two of the scatters appearing during this round will also pay a prize and all winning combinations that feature a wild symbol will provide you with a double pay-out. At the end of this round, The God Spin Free Games feature will begin.

God Spin upgrades are awarded in accordance with the number of winning scatter pays during the previous round. Any scatter appearing while God Spins is in operation will add an extra God Spin to your total. From the upgrades, you’re able to obtain the following perks: 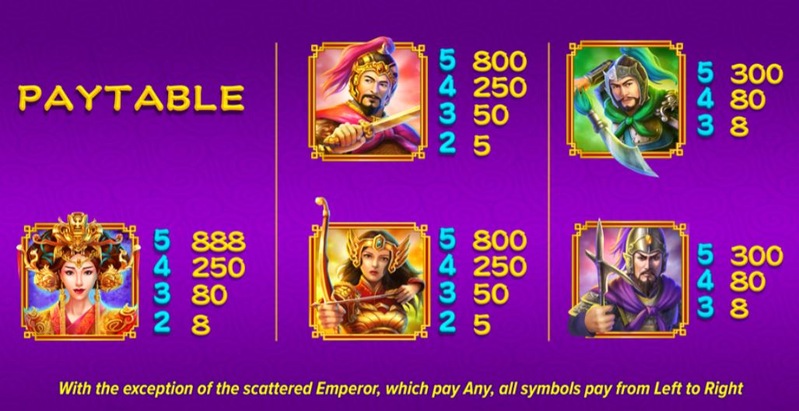 The Three Kingdom Wars is one of those games that bases itself on historical occurrences, and it does it exceptionally well. RTG has added some stellar graphics into the game, whilst also imbuing it with a couple of entertaining special feature rounds, too. What more could you ask for from a historical slot game? Very little, we’d say.