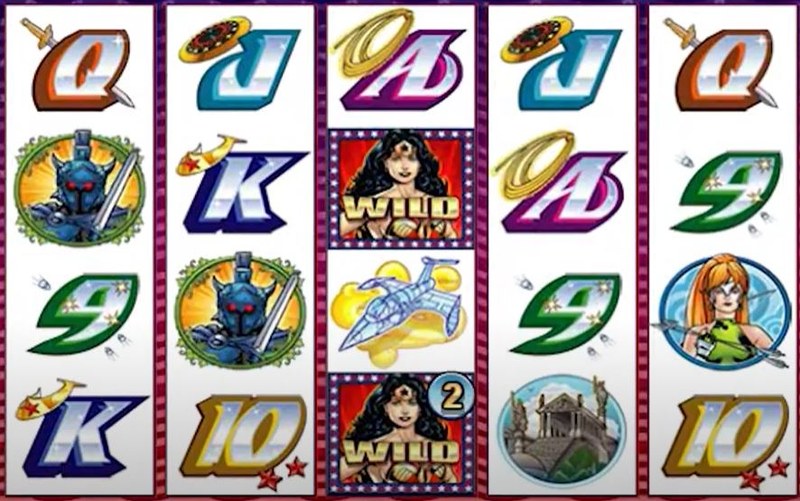 Any fans of the Wonder Woman franchise will of course have an appreciation for this game, which features standard A, J, Q, K, 9 and 10 symbols adorned with weapons from the comic book. There’s also a couple of villains thrown in there and of course, the titular character from the comic also makes an appearance. The soundtrack is what’s to be expected, noises that give off an altogether superhero theme. The game itself appears to be set in the Wonder Woman city.

Five reels and four rows provide the interface for this game, with 50 customisable paylines included. The bet per line can be altered from £0.01 up to £10. This gives players the chance of placing a maximum bet of £500 across all lines. However, the game also has a ‘Bonus Bet’ button, which when activated adds an extra 10 coins on top of your wager. The extra feature Ares Showdown, is only available while the bonus bet is activated. Scatter prizes are also multiplied by 50 as well as the bet per line. 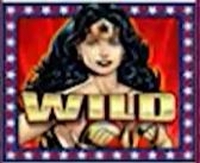 Wonder Woman is the game’s wild symbol and she will appear on reels two, three, four and five. She will substitute for all symbols except the scatter to create a winning combination.

Spinning three or more wild symbols will also trigger eight freespins. During the freespin round, Wonder Woman will appear and add Wonder Wilds to the reels at random. These are held in position for up to five spins and all wins are doubled during the round. 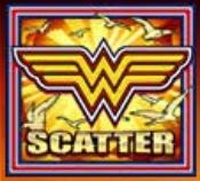 While the bonus bet button is activated, spinning three or more scatter symbols – represented by the Wonder Woman logo – will trigger the Ares Showdown. This will see Ares attack Wonder Woman three times, sending a zombie horde her way after the first and second.

If Wonder Woman hits Ares three times, he is defeated and pays out a total of up to 100 times the wager placed in the main game. 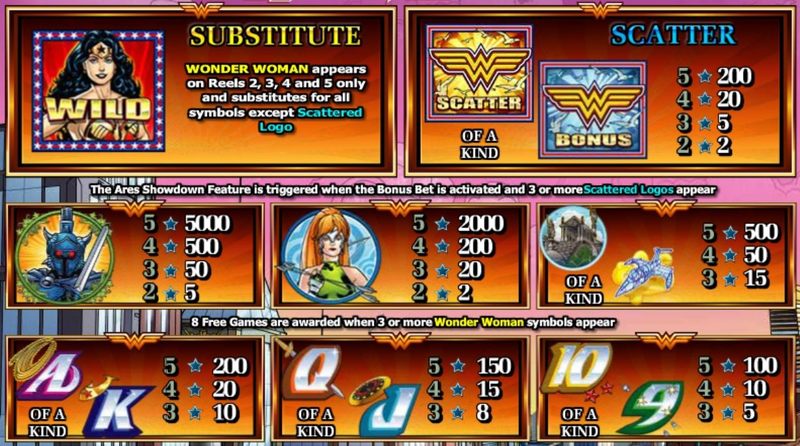 Wonder Woman takes the comic book hero and builds upon her status for this game. Even those players who aren’t specifically fans of the franchise will find entertainment while playing this product, thanks mostly to its Ares Showdown addition and the Wonder Woman Wilds.