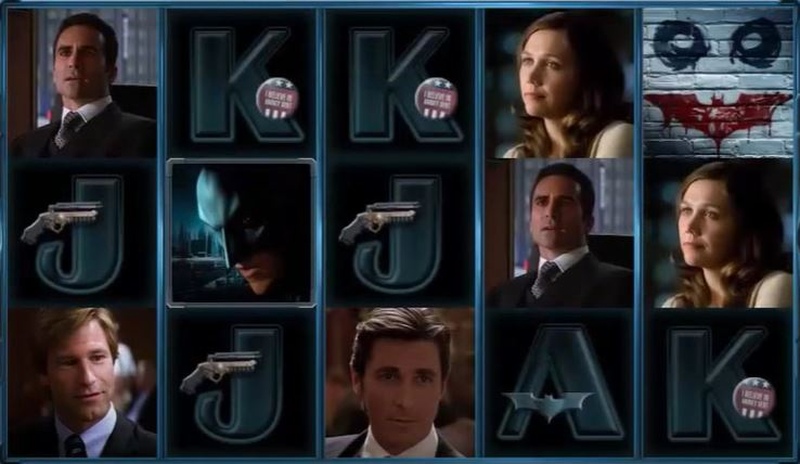 The Dark Knight film of the Batman cinema franchise was a huge success, bringing the character to new fans and reigniting a passion and energy in old fans. The films drew on a darker Batman, more synonymous with earlier cartoons and took a step away from the Batman that was aimed at kids. This is why The Dark Knight was a perfect match for slots games and this offering provides a dark and atmospheric look at Batman and the characters from the film. Batman fans and lovers of the film will have a lot to enjoy with this slots game.

Microgaming snapped up the licence for The Dark Knight and the company has produced a 5 reel with 243 ways to win. One of the most impressive elements about The Dark Knight is that it is a progressive jackpot game, linking in with the Mega Moolah progressive jackpot, which is accessible via a bonus game. In total, the game has four separate jackpots on offer and it is a great addition to the Microgaming cannon. The highest base jackpot in the game is 400 coins but there is much more to be won in the bonus rounds.

There is also another bonus round which appears at random, and this sees the Batman or Joker appearing to provide you with an extra bonus. This could be cash, it could be a respin, it could be a holding of the wild symbols or it could be a multiplier increase in the base game. 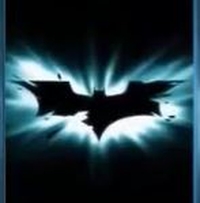 The Wild symbol in the game is the Bat symbol and these symbols can be stacked on to all of the reels. 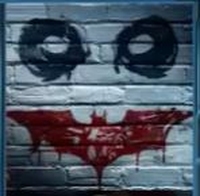 The scatter symbol in this game is the Joker symbol and if you pick up a minimum of three Joker symbols, you will be taken to the free spins round. This round sees players being rewarded with 15 spins for free and there is a two times multiplier on offer.

If the Joker or Batman appears on the screen during the free spins round, there is a chance to boost the multiplier you receive if the character adds to the multiplier dial. 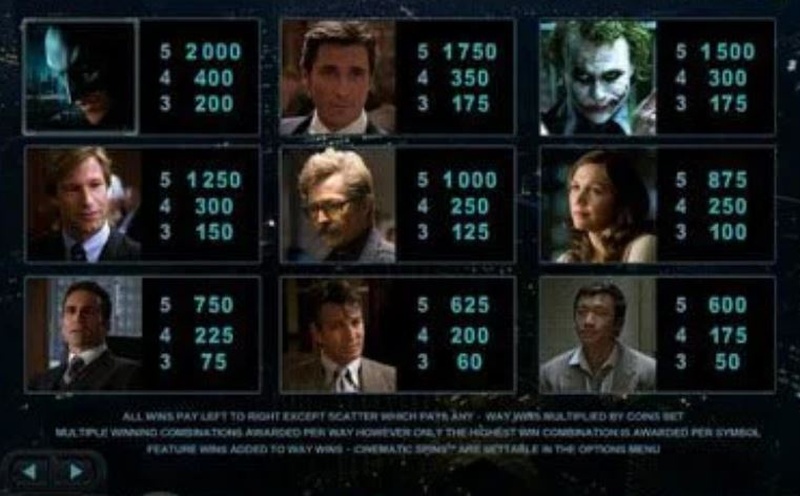 Some licenced games rely on the characters to promote the game but this is not the case with The Dark Knight. The Batman and Joker are hugely popular but the progressive jackpot element and random bonuses provide a lot of excitement for players.