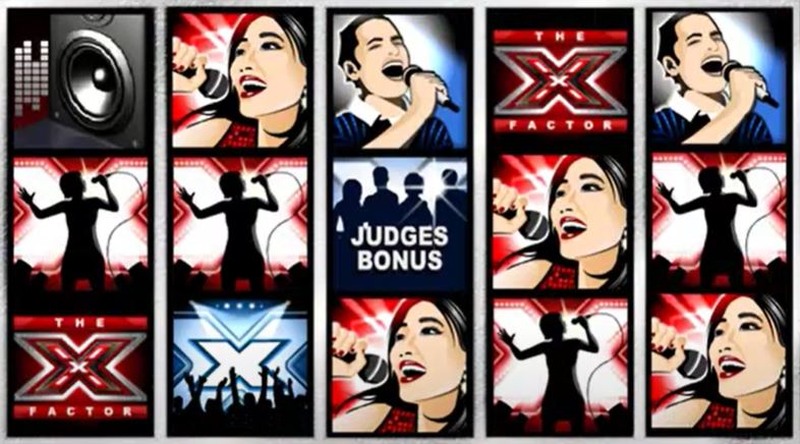 Ever dreamed of being a famous pop star with global success? Well, you can pretend to have your five minutes of fame with The X Factor slot game. It’s up to you to try and impress the judges in order to advance through to boot camp and on to the live finals.

The game will see you spinning through symbols such as speakers, microphones, compact discs and a selection of auditioning hopefuls. You’ll be urged on by the music from the television show, although fortunately, Simon Cowell has been left out of this one.

The X Factor brings a five reel and three row game to your screen, with a total of 20 paylines included. The lines are customisable, and the stake per line can be altered from the minimum of £0.01 up to the maximum of £10. This provides players with the opportunity to place a maximum overall wager of £200. 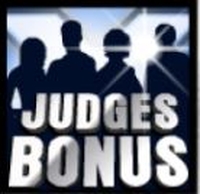 There aren’t any wild symbols included in this game, but if you’re able to spin three or more judges bonus symbols in any position on the reels, you’ll trigger the bonus scatter award. The more symbols you spin, the higher your payout will be, with a maximum of 200 times your wager placed able to be won for spinning the maximum of five symbols.

You’re also able to collect the initial award, or gamble it for an opportunity to double the winnings. This entails all the judges voting ‘yes’ or ‘no’. A positive vote sends you to the next judge and doubles your payout, a no vote will clear it all off and end the bonus round. 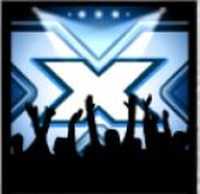 Spin three or more symbols of the X Factor blacked out crowd and you’ll move on to boot camp. This is a freespins round – the amount that you’ll receive depends upon the number of scatter symbols spun. 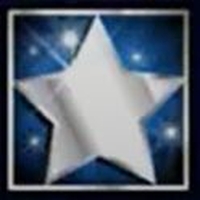 If during the boot camp round, you spin any star symbols, they will be added to your star tally, displayed at the top of your screen. If you collect 10 or more during this round, you’ll advance on to the Live Final bonus round.

This requires you to choose from a number of categories in order to construct your performance for the live final. You’ll receive an award amount or multiplier for three separate elements; performance, audience reaction and judges’ verdict. You can opt to take the bonus award that is offered at the end of your performance, or try again for a better offer. However, the subsequent offer has the possibility to be lower. 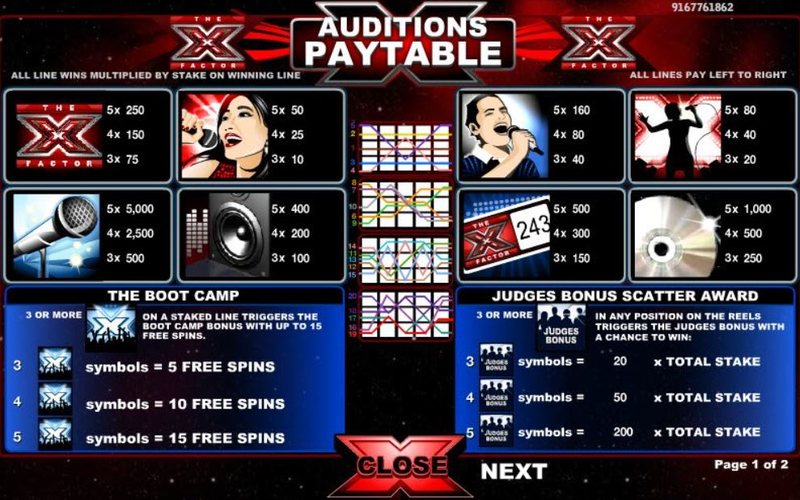 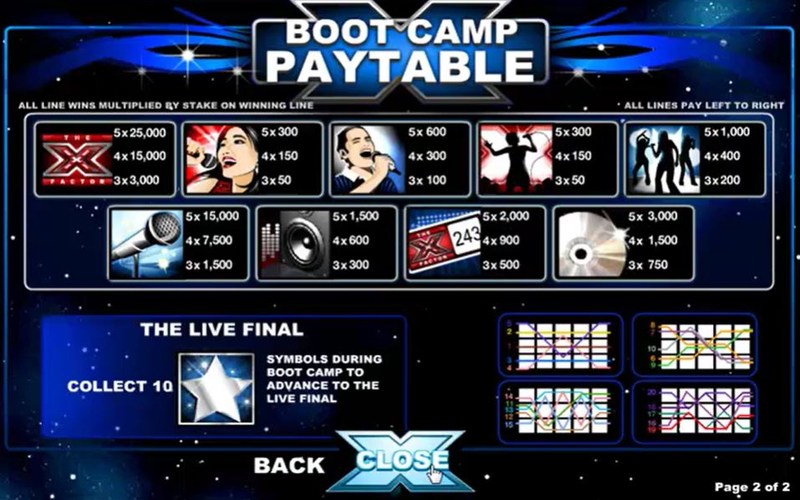 For anyone that’s a fan of the TV show, this game is definitely one you should try. It’s got the music, the different stages of the competition and extra perks all rolled in to one product.