If you’re a software company that’s been around since 1997 and you’re still releasing games today, there has to be some reason for it, right? Well, in the case of Mazooma, we might have Novomatic to thank for that. But we’re getting way ahead of ourselves. Before Novomatic, there was solely the Mazooma brand, and the developer has certainly trodden its own path throughout its years in operation.

It’s appropriate that Mazooma started operating just as the first online casinos were opening, but despite this being the case Mazooma didn’t actually begin providing software for such casinos until many years later. Instead, it focused on creating video slots for land-based gaming establishments. This was how its initial success came about, although the online world soon came calling, allowing it to expand and cater to an even wider audience.

Several other factors have contributed to the rise of the brand though, so if you are ready to find out more about the developer, let’s dive in.

From Land-Based Gaming to the Digital Age 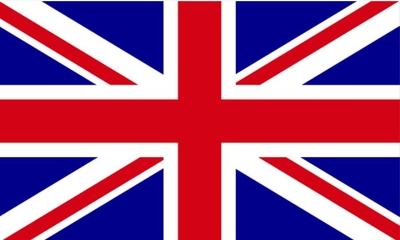 It’s important to remember how things were back in 1997 to fully understand the Mazooma brand. You see, the first online casinos were only just starting to appear at that time, whereas land-based casinos were still in full-flow in many countries, including the United Kingdom.

It was in the United Kingdom that Mazooma was created, setting its roots in Nottingham which is where it remains to this day. At the time, it was producing slot games under the Astra Games parent company, which were integrated into several land-based establishments across the country. For the following few years Mazooma designed and crafted the software that would entice many gamers to enter these casinos. However, things were set to change in 2004 when the entirety of the firm was taken over.

Novomatic might well be a name that you’ve heard of, as it is a software developer that operates on an international level. It was this Austrian developer that took over Mazooma, buying the Mazooma brand and adding to its UK branch of gaming development. The Astra Games Ltd parent company, although now also operating under Novomatic, went on to take over a selection of rival gaming firms. One of these included the fruit machine manufacturer Bell-Fruit Games. 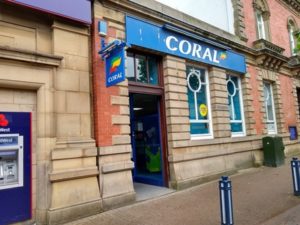 Still, Mazooma continued creating slot games for the land-based casino scene, but it didn’t take long for the developer to notice that the online gaming world was growing substantially. So, in 2009, Mazooma took the decision to relaunch as a digital games provider and join the online casino race. Prior to this relaunch, Mazooma had secured a deal with well-known high-street betting company Coral. Sure enough, video slot terminals bearing the Mazooma brand logo began to pop up in Coral establishments, with further partnerships formed in 2011 with 888, as well as Sky Vegas and Unibet.

Whether or not Mazooma would have been able to form such partnerships if it wasn’t under the Novomatic umbrella is an interesting question, though the company have certain done well from the arrangement.

The changes haven’t come to an end for Mazooma though, because in April of 2017 the brand was sold to Greentube. It wasn’t too much of a move because Greentube also operates under the Novomatic umbrella, but the deal was made due to the fact that Mazooma plays such a key role in the UK gambling market, and it also provides game integration capability that allows land-based games to be brought to the online world.

The Popularity Game – Some of Mazooma’s Best

Mazooma has built up a fairly large catalogue of titles over the years, meaning that players have a decent range to choose from. For every developer though, there are going to be certain slots that are considered fan favourites. 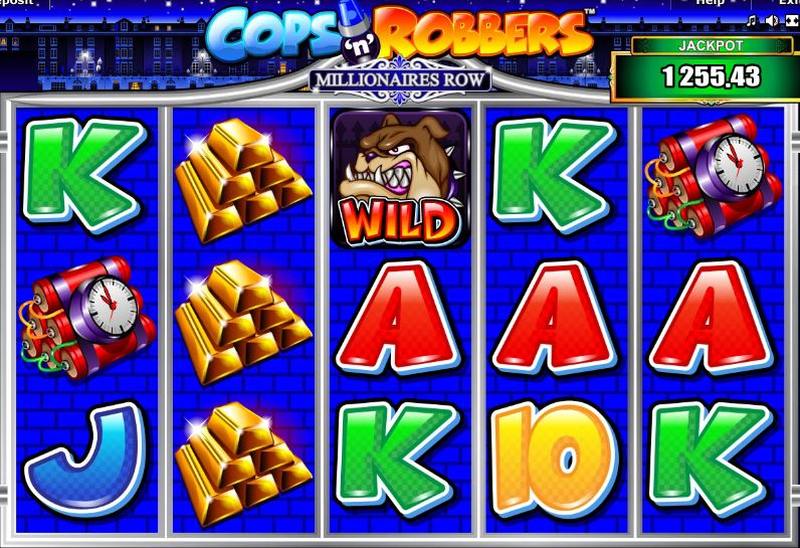 For example, Cops ‘n’ Robbers stands out as being quite the glory boy for this developer. It is actually this game that made many players sit up and take notice of Mazooma once it transitioned from the land-based casino world to the online sector. It’s a classic five-reel slot offering, including 20 pay lines and exciting bonus rounds. While not the developer’s best in terms of graphics (times move on) it remains at the heart of the Mazooma brand. However, the game has gone through a sort of revamp to create Cops ‘n’ Robbers: Millionaires Row, which is a much more modern offering on the same theme.

On the other hand, there’s the Snakes and Ladders slot from Mazooma, which obviously takes its theme from the popular board game of the same name. This one has two different bonus feature rounds as well as a freespins round and 20 pay lines. Meanwhile, there’s the Eyes Down Deluxe slot offering, which is another one that made the transition from land-based casinos to online. Finally, Atlantis Treasure makes up the list of the developer’s most popular slot offerings. Anyone accessing this slot can place bets between 0.01 and 25.00 per line, with 20 lines on offer in total. It’s got its own freespins round, a wild symbol, and the Atlantis Treasure Feature, which activates whenever a win is formed.

When the Mobile World Comes Calling, You Answer

Mazooma may have been late to the party when it came to the online slot world, but it certainly wasn’t going to make the same mistake with the rise of mobile gaming. Several of its games have been reworked to enable mobile gamers to gain access to them, therefore, you’ll have the opportunity to play games like Diamonds of Fortune and Gemstone Jackpot on a smartphone or tablet device.

The same can be said about some of the Mazooma progressives, too. While it doesn’t have a huge number of these, some of them can be accessed on a mobile device. Wizard of Odds is one of their more popular progressive jackpot slots, and some players have received six-figure jackpot rewards in its lifetime. As with so many other Mazooma games, it began as a land-based slot offering but was easily adapted for the online world.

So, you can see how diverse the developer is – being able to offer its games to the land-based, online, and mobile worlds.

Getting Involved with the Community

One final thing to mention about Mazooma is that it has its own unique group of games; these go by the name of ‘Community’ games. With these, players have the opportunity to communicate with other players in a chat box and win special community prizes when any single player in the lobby triggers a special bonus feature.

This not only brings avid players of Mazooma’s games together, but rewards them for playing the same games at the same time. Up to 40 players can be active at any one time on these games and in the chat box. A community version of the Cops ‘n’ Robbers game has been created, as has one known as Community Toss the Monkey, amongst others. Keep in mind that these are only available at select casinos that have chosen to include them, so you won’t find them everywhere.

This has become one of the features that Mazooma is known for. In land-based casinos people can communicate with other gamers easily, but online that social element is trickier to replicate. It was this interaction that the developer wanted to bring to the online world, so the community games were the innovation that it came up with to solve the problem.

The Mazooma brand may have been operating somewhat under the radar of online casinos and then in the shadow of the Novomatic umbrella, but nobody can deny its impact on the gaming world. It takes a lot for a software developer to come into the online gaming world at such a late stage and still build up a reputation for itself, and although Novomatic gave them a leg up, Mazooma deserve credit.

It’s been a powerhouse on the UK gambling scene for multiple years now, and it doesn’t show any signs of letting up. Why should it? Having brought its own innovations to the industry, Mazooma more than deserves its spot amongst the greats, even if it is under the parentage of Novomatic.

From community slot games to land-based titles making a transition to the online world, the developer has asserted itself as a key player in the United Kingdom. Without it, land-based games from other developers may not have been made available to the online gaming world, plus, it manages to provide games across the online, physical and mobile sectors, and not many others can say that.