NextGen Gaming is one of those software developers whose games you might have seen but been unaware that they were the developer; this is for reasons that we will let you in on in just a little bit. What’s important to know about this provider is that they’re big. Actually no, they’re huge. This is, in fact, one of the biggest players on the iGaming scene.

Their primary focus is online slot games and they provide them on a wide range of different platforms. Speaking of which, some of the biggest and best online casinos in the world offer NextGen titles on their sites, and it’s no coincidence either. NextGen has built a reputation for creating top-of-the-line, high quality offerings that deliver on every level. They boast exceptional graphics with exciting themes and entertaining features, plus, the company takes pride in introducing new bonuses and extras every so often. Players who are familiar with their games will come to recognize certain hallmark features, and they tend to be features that make gameplay so much more interesting.

The company have chosen to focus on a specific niche rather than distribute its resources across several product types. Thus, it has managed to develop truly stunning and targeted titles.

The giant in the shadows 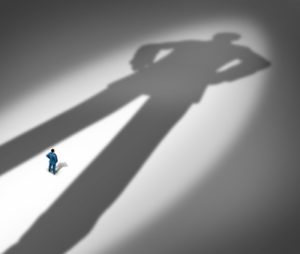 Alright, perhaps we’re exaggerating their anonymity just a little bit, but the truth is that NextGen Gaming typically prefer to focus their efforts on B2B, instead of dealing with the end consumer, and that is why their name isn’t necessarily as well-known as some of their competitors, despite the fact that they have such a large selection of products on offer.

NextGen Gaming started out at the turn of the century in 1999 and it calls Sydney, Australia its’ home. However, for the longest time the company remained in the shadows, and it was content with this incognito state of affairs. Up until the year 2011, NextGen Gaming was busy just quietly developing its magnificent slots and end-to-end gaming platforms.

2011 is when everything changed and these changes were marked by a large scale event. NextGen Gaming was acquired by the Scandinavian iGaming company NYX, and the merge drew international attention to this previously understated provider. The enterprise became collectively known as NYX Gaming, however, NextGen still kept their brand and their slots.

Shortly after this there was another major event that took place and was a pretty big deal in NextGen’s history. Scientific Games took over NYX Gaming and together they formed SG Digital. This is a much larger entity with a total of 9 studios, and it uses them to provide games for the online gambling industry across a variety of platforms.

As low-key as NextGen was playing it for all these years, they still managed to gain public recognition for their efforts. As a matter of fact, they received a number of different awards and nominations. One of them is the RNG Casino Supplier of the Year which they received in 2013. Today, in their own words, they are still as motivated and passionate as they were on day one, and NextGen’s team of young, enthusiastic professionals sees to it that the company keeps providing high quality content for its multimillion audience.

How did they manage to stay under the radar? 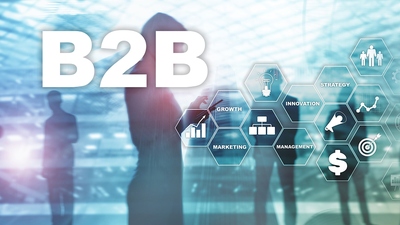 We pointed out that NextGen preferred to stay behind the scenes and deal B2B, but that doesn’t quite explain why the NextGen brand has remained relatively unknown. The reason is that their games have been released to the public under the names of other software providers. NextGen has actually been issuing licenses to smaller developers for a large number of their online slot games, and it’s probably safe to say that these aren’t exactly their crown jewels.

In fact, you may already be familiar with a long list of NextGen titles you couldn’t have known were originally theirs. For example, software developing companies that have distributed NextGen slots are Bally, Aristocrat, Amaya Gaming and others. Even Microgaming’s Quickfire has presented players with a multitude of NextGen titles.

Now that we’ve mentioned that, we should also outline another important fact. It just so happens that some of the top casino brands support NextGen software. We’re talking industry giants like Bet365, Betfair, 888 Casino and many more, and there is good reason for that, too; it has to do with the software itself. It’s very easy to integrate with other websites and NextGen’s engineering department make sure that this happens smoothly and without any setbacks.

What’s more, their games run in a non-downloadable format. They use adobe flash to deliver their seamless gaming experiences, and that makes it all too convenient for players. Opening your browser and playing immediately certainly beats having to go through the hassle of installing a client. 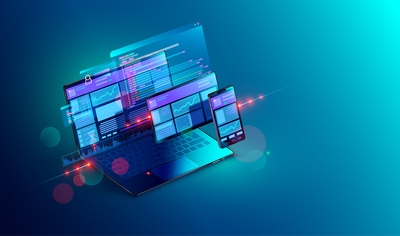 With that in mind, it should also be noted that NextGen slot games run across all operating systems. You can play them on Mac as well as Windows PCs, and they wouldn’t really be able to compete in this crazy market if they didn’t support mobile devices as well. However, it did take them a little while to jump on the mobile bandwagon, but now they are working full-time to make up for that little delay. So, players on the go will be able to enjoy their favorite games on their Android or iOS smartphones.

Speaking of accessibility, though, NextGen has made it their mission to reach out to as many markets as possible. Thus, their games are now available in excess of 20 different languages, and to top it off, they support just as many different currencies, too.

What to expect from the very large selection

Few software developers in this industry can brag about a portfolio as big as NextGen’s. The company has created over a whopping 600 titles, which is more than some online casinos host in total. But let’s not fool ourselves into thinking that all of these are state of the art. In fact, many of them are of a slightly lower standard graphically speaking. Hence why they chose to shove them off to other companies. That’s not to say that these games weren’t popular or well-received, though – many of them were still successful anyway.

We would really like to focus on the games that NextGen have been proud to call their own, and one of the biggest successes is the Foxin’ Wins series. Delivering sharp, cutting edge 3D graphics with fantastic animated features, the original slot game won over the hearts and minds of many a player. The game revolves around a charming family of wealthy foxes, including their three adorable little cubs, and this is one of the games that contains purely NextGen features that no other developer has.

For example, the Super Bet feature allows you to unlock additional enhancements. Of course, these come at an extra cost, but this has become something of a trademark feature of NextGen’s and it allows a certain level of customization of gameplay. On top of that, it also increases your winning potential, which certainly never hurts.

The crazy success of the first Foxin’ Wins online slot game triggered the production of several sequels. These titles include Foxin’ Wins Again, Foxin’ Wins Football Fever and Foxin’ Wins A Very Merry Christmas. Another title with the Super Bet feature that has enjoyed similar levels of popularity is Merlin’s Millions. The theme here focuses on Merlin the wizard and the game boasts a slightly less common layout, too. 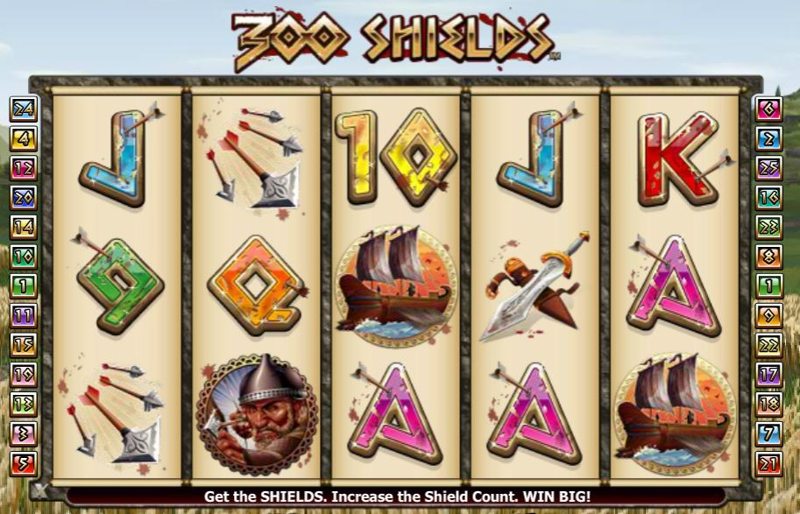 Then there is also the 300 Shields slot game that clearly draws inspiration from the movie 300. It has established quite the following since its release, and it has nothing to do with scantily clad soldiers sporting six packs. It is a game that a number of casinos like to put on display, and as a matter of fact this was originally a land based slot machine that only later gained an online version as well.

But if you want to delve slightly deeper into NextGen’s history, then we should look at Irish Eyes. This has certainly become a classic over the years, and NextGen even revisited the title to make a new and improved version – Irish Eyes 2. 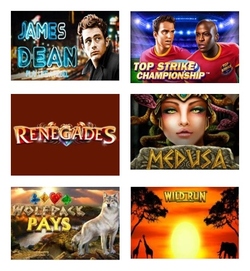 Of course the selection of games far exceeds the handful of titles that we just mentioned, and you can divide it up into different themes, styles, and genres; you have modern and crisp 3D titles with animated features to keep you entertained, you also have vintage, old school fruit machine-style slot games with very traditional layouts and symbols.

There is a slot game representing literally every genre out there. You have nature themed slots, like for example Wolfpack Pays or Wild Run; there are plenty of fantasy offerings as well, such as Spin Sorceress, Xing Guardian and the really popular title Renegades. Furthermore, there are a variety of Asian themed slots, as well as a whole series of slots based on mythology, including the Medusa slot games which also happen to be among NextGen’s biggest hits.

Sports fans will have their fair share of games to choose from, the most prominent of which is Top Strike Championship; but branded slots play a very important role in the portfolio of any developer that can afford them, and there have been plenty of those over the years. Some have to do with movies, others with comic book characters, and most of them live up to NextGen’s high standards. 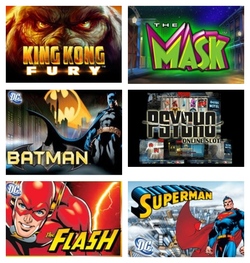 One game that we really, really like is Psycho, based on the iconic motion picture by Alfred Hitchcock. It’s not a title for the faint of heart though because it really captures the horror of the film. It has everything from fantastic quality visuals to animations that will make you jump out of your seat, and there is also plenty of action going on in terms of the setup, with a generous amount of freespins.

Examples of other branded titles include The Mask, King Kong Fury and NextGen’s superhero offerings like Superman and The Flash. But if you’re looking for something a little (or a lot) classier, then James Dean is the way to go, revolving around the legendary American icon and representing everything that he stood for.

NextGen is a software developer that deserves a huge amount of respect for its accomplishments over the past two decades. It has released an enormous body of work in the form of slot games, and there are very few if any competitors out there who can even try to match that. Of course, not all of them are of the exact same quality, and some you might not ever consider, but then there are true gaming gems that are worthy of all the praise they’ve received. They boast exceptionally high quality graphics with all the latest bells and whistles on the one hand,

and on the other, they each demonstrate a smooth and wholesome setup which perfectly completes the entire gaming experience.

It is titles like these that have embossed NextGen’s name into the pages of iGaming history – no matter the fact that for a large part of its existence this software provider has been behind the curtains. Judging by the strength of its latest releases we can expect even more and even better titles to come.