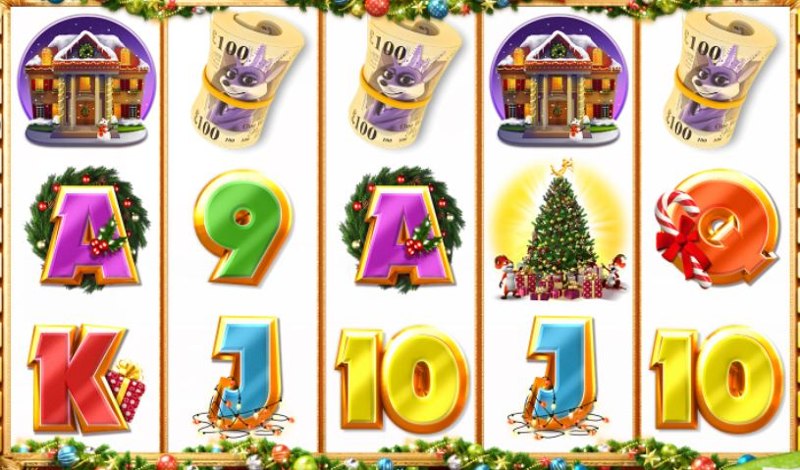 You may be familiar with the very popular and much-adored Foxin’ Wins online slot game by NextGen Gaming. If so, then you might be pleased to know that there’s also a Christmas edition of this offering – Foxin’ Wins A Very Foxin’ Christmas! The game takes place in the same old lavish mansion, only now it’s been transformed with a Christmas tree, presents below it and other decorations. As far as the graphics go, they are still of that same fantastic quality as in the original offering, and many of the old symbols are still in place on the reels too, like the rolled up money, and Lady Fox driving her red car. Only they too have been touched by the festive spirit. It helps that, too, the soundtrack is in line with the theme.

As for the layout and other technicalities, these haven’t really changed at all. The layout features a grid of 5 reels and 3 rows and there is a total of 25 active paylines for you to win on. However, you won’t have the option to play with a lesser number, as the paylines are fixed, and this makes for a minimum bet of 25p per single spin. The maximum stake, on the other hand, is pretty high at £625 per spin.

Like with the original game, Foxin’ Wins A Very Foxin’ Christmas has two Super Bet options, and both of these will allow you to benefit from more Wild symbols throughout gameplay. If the Super Bet is not active you will still see extra Wilds, however, in that case they will be limited to reel 3 only.

If you opt for Super Bet 1 – which will cost you 35 coins – the extra Wilds feature will extend to cover reels 2 and 4, as well. Similarly, Super Bet 2 will cover the entire layout of all five reels, and naturally, it will also set you back more at 50 coins per spin.

There are also two random bonus features that can take place after any given spin. One is the Leprechaun Shakedown Feature, which is pretty fun. You will enter a new screen, where the Fox needs to chase and catch the leprechaun. If successful, then the Fox will literally shake coins out of the leprechaun, which will be your cash prize.

The second bonus is the Fox Funds Feature. This one is simpler and it will just award you a certain amount of cash – nothing special. 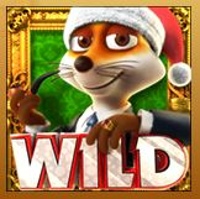 The Fox, as the head of this very wealthy family, is the game’s Wild symbol. In addition, he is fittingly the most lucrative symbol on the reels as well. You can expect him to land in just about any position, anywhere on the screen, but more important is the fact that he will be able to substitute for any of the other icons bar the Scatter. 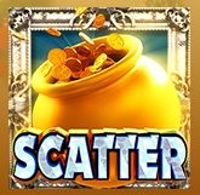 The main attraction in Foxin’ Wins A Very Foxin’ Christmas would have to be the Freespins feature. In order to trigger it, you will have to land at least 3 Scatter symbols at the same time, as a result of which you will receive a total of 10 free spins. The best part is that all free spins winnings will be subject to a 2x multiplier. In addition to that, extra Wilds will appear on the reels more frequently throughout this bonus round, and furthermore, you can retrigger the feature by landing another 3 or more Scatters. Thus, you can potentially benefit from up to 20 free spins. 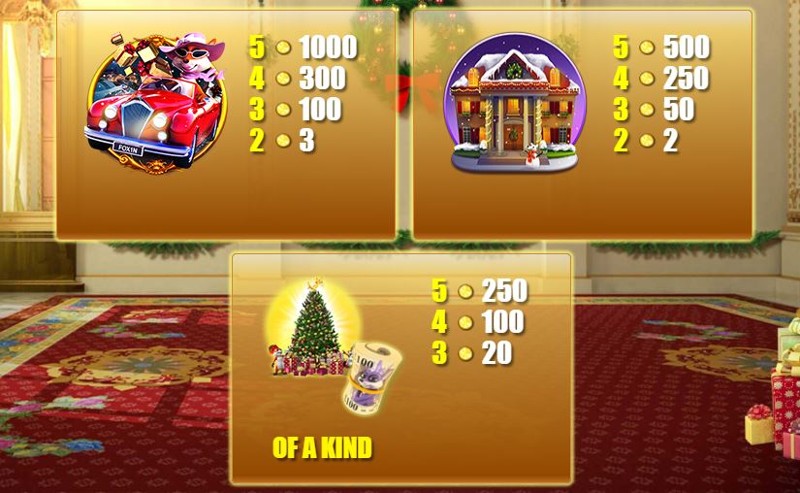 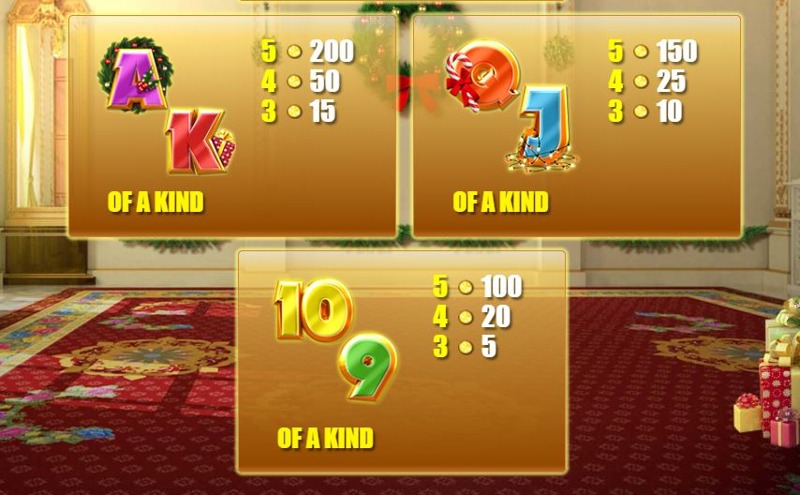 Foxin’ Wins A Very Foxin’ Christmas is very, very similar to the original Foxin’ Wins. As a matter of fact, all of the features are near identical, so the main difference is just the packaging. Nevertheless, this is still an amazing offering by NextGen Gaming and it has the potential of paying out up to 2,000x your stake on any spin.