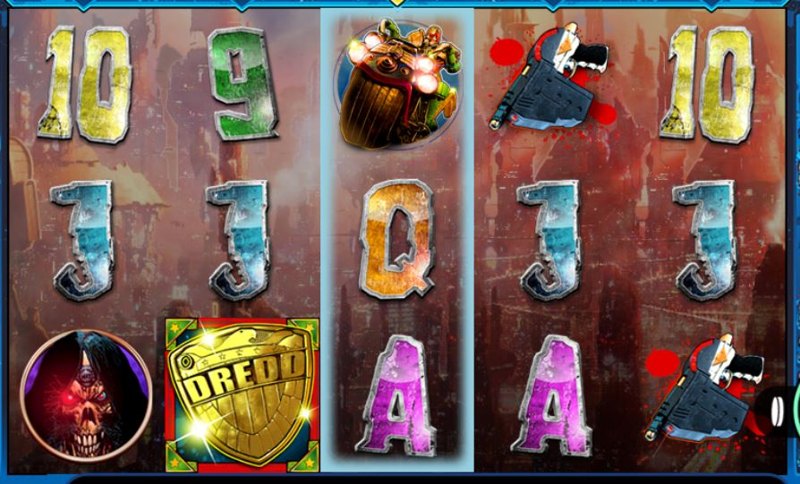 Judge Dredd is an online slot game brought to you by software manufacturer NextGen Gaming. Clearly it’s based on a comic book character, so fans will certainly appreciate this title. The graphics especially are noteworthy, since they’re truly of outstanding quality and perfectly mirror the genre, even featuring the occasional animated sequence throughout gameplay. The backdrop displays the typical doomsday scenario, with New York going up in flames and smoke; it’s a cluster of skyscrapers and famous landmarks, like the Statue of Liberty, for example. The symbols on the reels include lower value playing card icons that are very nicely styled, and the other symbols all have to do with the main character, including his archenemy.

The layout features a total of 5 reels and 3 rows and it comes with 25 active paylines. However, the paylines are fixed and will for that reason not be subject to adjustment. Nevertheless, stakes are pretty reasonable, and in fact fall within an unusually large betting range for this developer. The minimum bet is only 25p per spin. And the maximum bet, on the other hand, will set you back a staggering £1,250 per single spin. There’s also a fairly attractive jackpot of 2,000 coins to aim for.

Judge Dredd also happens to boast a randomly triggered feature that can take place after any spin called I Am The Law. As a result, the main character will simply award you a cash prize. 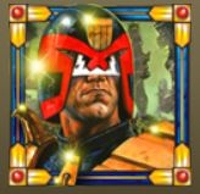 Judge Dredd is the Wild symbol in this game and also the second most lucrative one. More importantly, it can land anywhere on the screen and replace any of the other symbols. That way it can help you complete winning combos and therefore boost your winning potential. The only symbol that the Wild will not be able to substitute for is the Scatter. 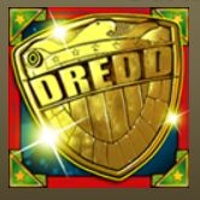 Look out for the Badge Scatter symbol landing on any of the five reels. Besides being the most lucrative symbol in the game, it’s also the key to triggering the Freespins feature. Namely, you will need a minimum of 3 Scatter symbols to land anywhere on the screen during the same spin. This will award you a total of 10 free spins.

On top of that you get a 2x multiplier that is valid for all winnings for the duration of the bonus game. Furthermore, you will also have the opportunity to retrigger this feature by landing another 3, 4 or 5 Scatters. Thus, you can potentially receive a grand total of up to 20 free spins. Last but not least, extra Wilds will land more frequently during this bonus round. 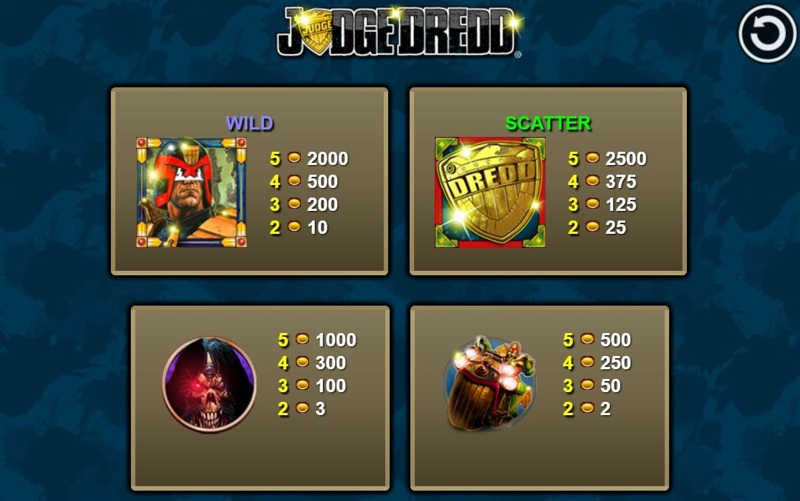 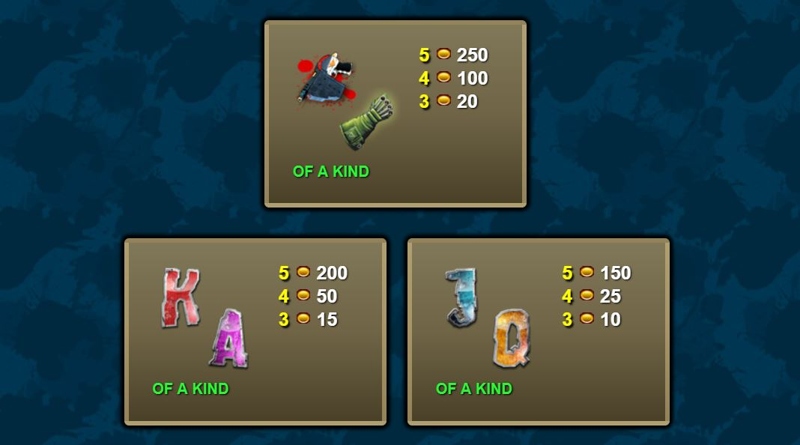 Judge Dredd will be a special treat for comic book fans. But even if you’re not really into that, there is still plenty to enjoy about this online slot game. It’s a medium variance title, so you will have a good chance of triggering the freespins, and those can in turn reward you pretty generously for your efforts.