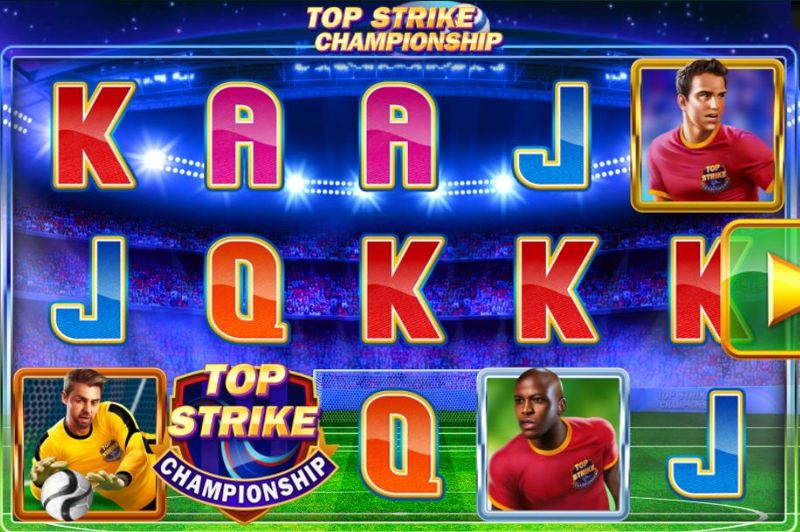 Top Strike Championship is yet another football-themed online slot game and this one is brought to you by software manufacturer NextGen Gaming. It boasts pretty high quality graphics and is a great way to feel like you’re partaking in a match at the world cup. You will find yourself right in the middle of the field surrounded by a stadium full of spectators. The bright lights place you at the heart of the action, and straight ahead is the goal of the opposing team. But unlike the sort of soundtrack you usually hear with these sorts of games, there’s dynamic electronic music playing in this title. So, if it becomes a bit much you can always reach for the mute button. As for the symbols, they include the lower value playing cards alongside other football players.

This takes us to the more technical aspects of Top Strike Championship. First off, the layout features a 5 reel by 3 row grid, and these come with a total of 20 active paylines. The paylines are fixed, however, so you won’t have the ability to regulate these or adjust them in any way. Stakes are within a reasonable range, though, spanning from a minimum bet of 20p per spin to a maximum possible amount of £100 per spin. 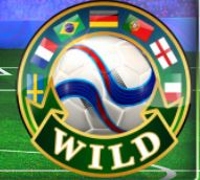 The Ball symbol is the game’s Wild, and as such it will be able to replace any of the other symbols in the game. The one exception, however, is the game’s Scatter icon. In addition, you can expect to see the Wild in just about any position, anywhere on the reels; this means that you will have even better winning opportunities.

On top of all that, the Wild happens to also be the most lucrative symbol here. With its help you can potentially cash in up to 2,500 coins. 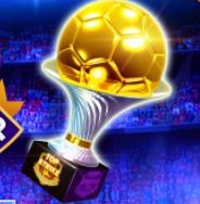 The Freespins Feature is really where all the action is at. It’s not the only special feature in Top Strike Championship, but the other bonuses can be triggered from within this round. First, let’s cover how you can actually access it to begin with.

You will be looking to land at least 3 Scatter symbols during the same spin anywhere on the reels. This will award you 10, 15, or 20 freespins, depending on the number of triggering Scatters. In addition, you will benefit from new symbols that will replace the playing card icons. However, there will be no possibility for you to retrigger the Freespins Bonus.

You can trigger this bonus feature by landing a Golden Ticket on reel 5 during the freespins. You will have a selection of 6 teams before you and it will be up to you to select three of them for the treble bet. Then, if you have bet on winning teams, these will award you cash prizes, and if all of your picks happen to be winning teams this will trigger the Knockout Stage Bonus Feature.

In this bonus game, you will have to again select a winning team in a match. If you do so in the first round, you will be taken to the next one, and so it continues until you reach round 4.

Prizes here can soar up to 150x your stake, but if you get even one pick wrong then the feature will end, and you will go back to finishing the Freespins Feature. 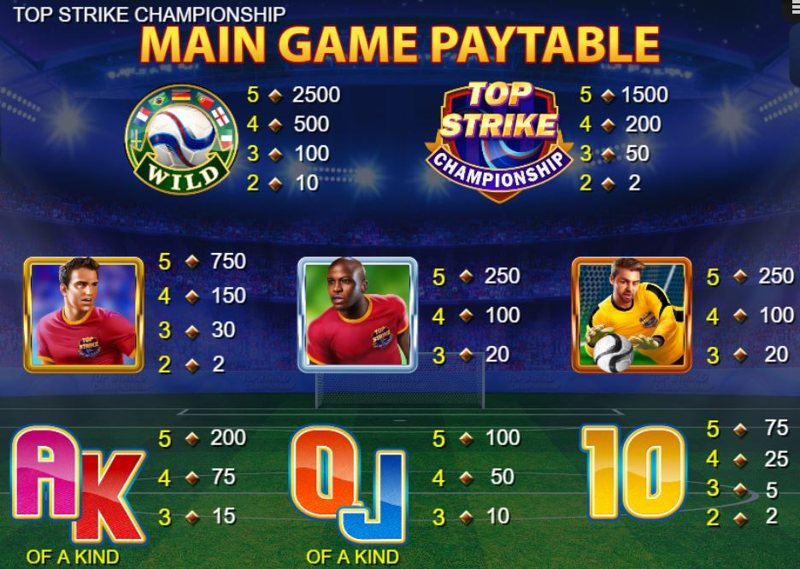 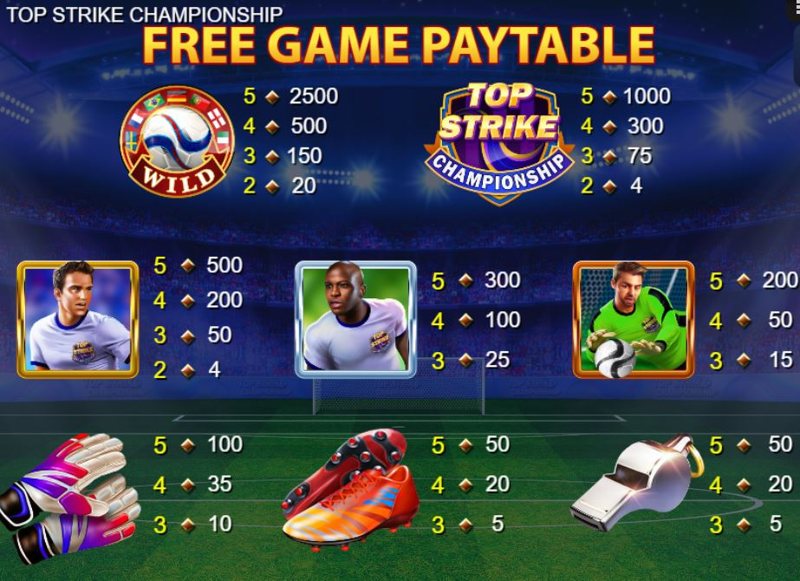 Top Strike Championship has a fun, layered bonus feature to offer players, but that’s all that gameplay revolves around and you might not necessarily trigger those additional layers when playing the freespins. We do admire the quality of the visuals, though.