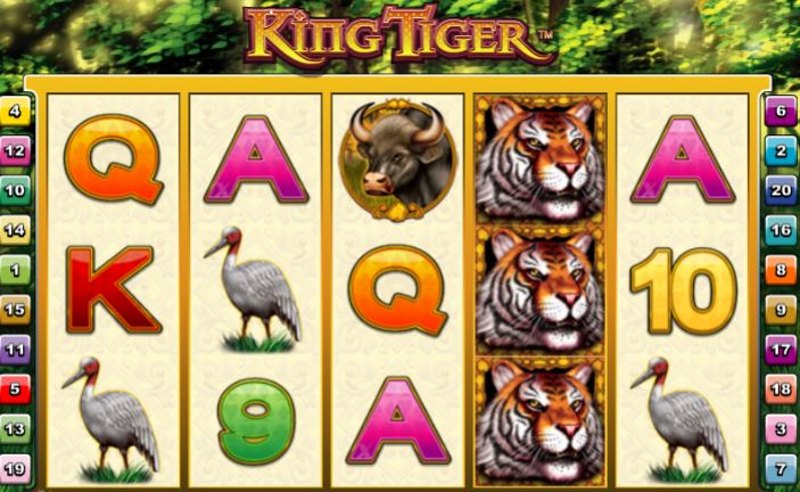 King Tiger is an online slot game by software developer NextGen Gaming. Though fairly basic-looking, the graphics do have a nice hand-painted quality to them which lends the game some extra charm. The backdrop takes you deep into the jungle, where densely growing trees crowd the sky and the lush vegetation forms a leafy green wall behind the reels. Speaking of which, the reels themselves are a haven for all sorts of local wildlife. There’s water buffalo, storks, miniature deer and, of course, the king of the jungle himself – the Bengal tiger. In addition to those, the symbols include the lower value playing card icons A, K, Q, J, 10 and 9. There’s no particularly noteworthy soundtrack, though, so whether to keep the sound on or not is solely up to you.

As for the game’s layout, it features 5 reels and 3 rows. In addition to these, there are 20 paylines in total for you to bet on, but as these are not fixed so you will have the opportunity to regulate them and set them to a lesser number if you prefer. Therefore stakes start off very low at only 1p per single spin, but they don’t venture too far, as the maximum bet is only £40 per spin.

King Tiger comes equipped with a Gamble Feature, which certainly makes for a nice addition to the whole gaming experience. Like with many other offerings, you can make use of the Gamble Feature after any winning spin. You can access a side game giving you the option to guess the color or suit of a playing card that is face down. This will double or quadruple your prize, respectively, if you manage to guess correctly. 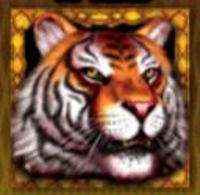 The tiger symbol is the game’s Wild, which you have probably guessed by now. Keep your eyes open for it, though, because it can only land on the middle reels 2, 3 and 4. However, it can appear in full reel stacks, increasing your winning potential, and it will be able to substitute for any of the other icons when forming winning combos bar the Scatter. 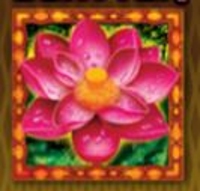 The Scatter symbol can land in any position, anywhere on the five reels, and while it isn’t particularly lucrative, it will be able to trigger the game’s most attractive feature – the Freespins. For this to happen you will need to land at least 3 Scatter symbols at the same time at which point you will receive a total of 10 free spins.

Moreover, these free spins will come with a 3x multiplier, and that means that all free spins winnings will be tripled. On top of that, players will have the opportunity to increase the number of free spins to a grand total of 20 by retriggering the feature; simply land another 3 or more Scatters for this purpose.

King Tiger is somewhere in the low to medium range on the variance scale. It doesn’t have the most impressive visuals, that much is obvious, and the setup is genuinely pretty basic too – but for what it’s worth, you can land some pretty nice wins in the free spins bonus.