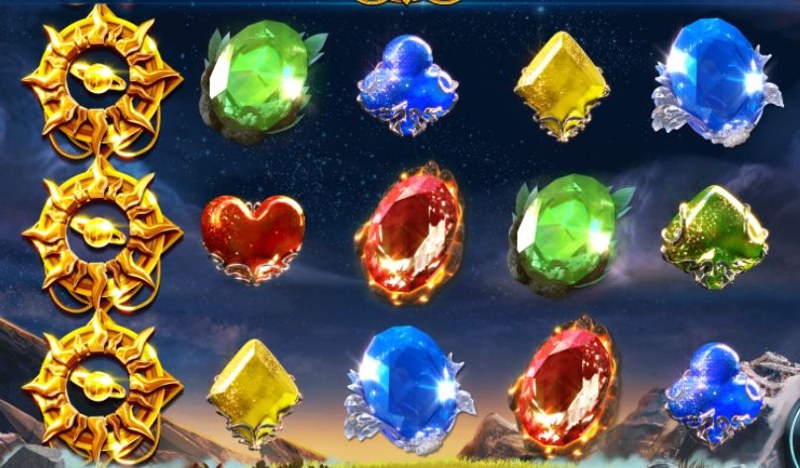 Lightning Gems is a superb offering by online slot game developer NextGen Gaming boasting amazing quality visuals. You don’t often see offerings from NextGen with this type of graphics, which makes this particular title a real treat, rivalling games from providers like Netent and Microgaming. Everything about Lightning Gems is just next level stuff. Aside from the lovely visuals, you also have a very sophisticated backing track accompanying gameplay, which sets a great vibe. So we highly recommend leaving your sound on for this one. In addition, the backdrop paints this wonderful display of a starry night sky above a mountainous landscape. Once you’re done marveling at that, you can proceed to be hypnotized by the striking symbols on the invisible reels. Each gemstone sparkles and shimmers and is more mesmerizing than the one before.

But we should probably also say a few words about the game’s technical aspects as well. First and foremost we have the layout, which features 5 reels and 3 rows.  These come with a fixed number of 10 active paylines, and while it may not seem like that much, the stakes are actually a little higher than what you might expect. The minimum bet will set you back a total of 15p per single spin, and the maximum bet is £150 per spin. Plus, there’s also a jackpot of 2,000 coins.

Much in this game has to do with the game’s Wild symbol. As a matter of fact, that symbol has two whole different special features to deal with, however, both of these features are randomly triggered and can take place at any point during gameplay. One is the Wild Wins Feature, which will add extra Wilds to the reels after any spin, and the other one is the Wild Nudge feature: if during a spin there is a Wild that happens to have just missed land in a winning position, it can be nudged back into place in order to award you a win. 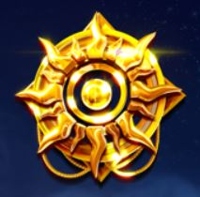 So now that we’ve covered the Wild special features, let’s also just mention a few basic things about the Wild itself. For one, it can land in just about any position, anywhere on the reels; and for another, it’s actually the second most lucrative symbol in the game. Furthermore, the Wild can substitute for all of the other symbols bar the Scatter, and, thus, is can help create more winning opportunities. 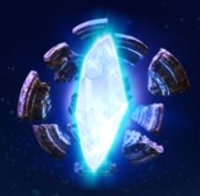 The Scatter is the most lucrative symbol in Lightning Gems, offering payouts of up to 2,000 coins, but on top of that it is also your gateway to the Freespins feature. More precisely, you will need to land 3, 4 or 5 of these symbols simultaneously in order to trigger the bonus. This will reward you with a total of 10 free spins.

What’s more, throughout the duration of the free spins you will benefit from 10 extra Wilds on each reel. This makes for a total of 50 extra Wilds during this feature. In addition, you can retrigger the feature by landing another 3 or more Scatter symbols. This will award you a subsequent 10 free spins and another set of extra Wilds to go with them. 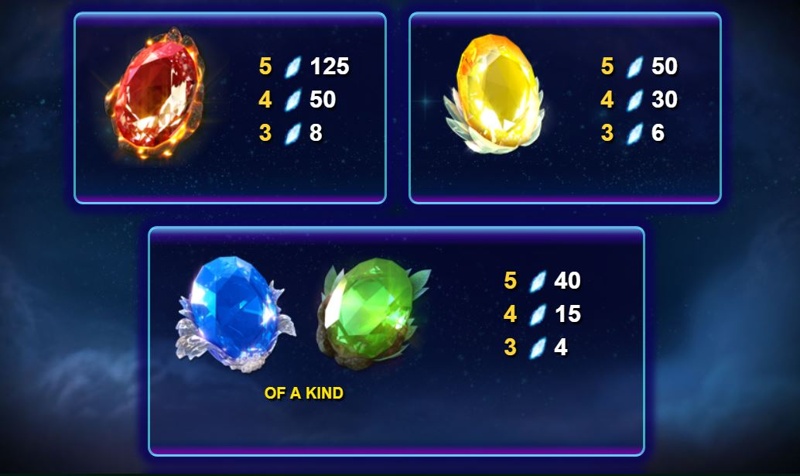 Lightning Gems is a lovely game, offering fantastic visuals and an overall very charming setting. The structure is pretty simple, though, and you won’t get to trigger the bonus round too often. When you do, however, it can prove to be very lucrative thanks to all those extra Wilds.