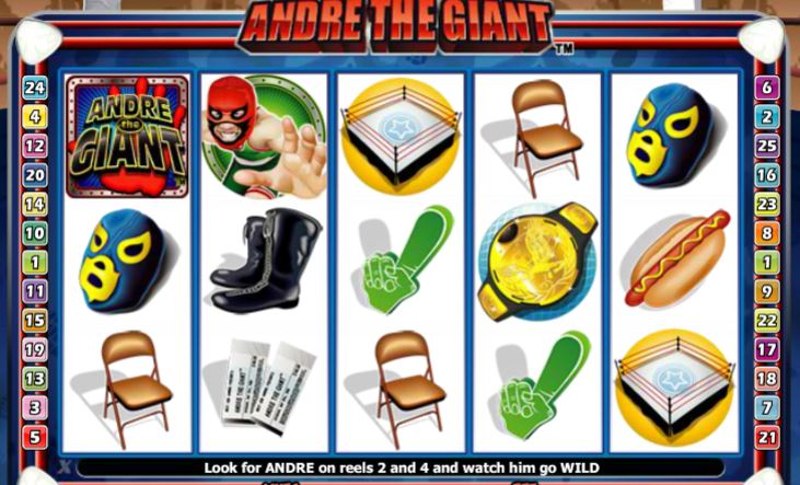 If you have ever followed wrestling or are even slightly familiar with wrestling history, you will instantly recognize the name of this slot. Andre The Giant was a huge presence in the WWF in every sense for many years, as well as being an actor. This online slot game is dedicated to him, brought to you by software manufacturer NextGen Gaming. The game takes place inside a wrestling ring and the reels feature a whole bunch of theme-related items. These include wrestling masks, chairs (very important), a wrestling belt, tickets, hot dogs, foam fingers and more – and of course you get to see Andre himself on the reels, as well. Plus, note the characteristic soundtrack that really enhances the vibe.

As for the layout, this title features your regular 5 reels and 3 rows, just as most grids out there, and it comes with a total of 25 active paylines, but if you don’t feel like having all of them active, that’s okay: you can regulate them and set the number to match your preferences. This will also affect the betting range accordingly, making for a very comfortable minimum bet of only 1p per spin. The maximum amount you will be able to wager here will set you back a total of £125 per single spin. Last but not least, this slot also boasts a juicy 5,000 coin jackpot.

If you land a winning combination at any point during the base game, you can choose to gamble the prize. That will provide you with a very simple double or nothing card game. The objective is to guess the correct color or suit of the card. That way you can either double or quadruple your amount. However, if you guess incorrectly, you can lose it altogether. 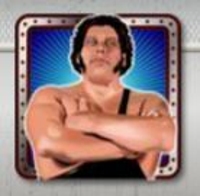 As we already pointed out, Andre The Giant is the game’s Wild symbol, as well as its’ title. As such, it can replace any of the other symbols on the reels to creating winning combos. However, it doesn’t offer any payouts of its own, and on top of that, it can’t just land in any position on the reels. Instead, the Wild will only be able to appear on reels 2 and 4. Furthermore, it cannot substitute for the game’s Scatter symbol.

Besides all of that, though, there is one more quality that the Wild possesses. Namely, this is the Andre Goes Wild feature. Whenever a Wild symbol lands on the reels, it can expand to cover the entire reel that it is on, so you can potentially benefit from more wins. However, the only condition is that at least one winning combo can be formed as a result of the expansion. 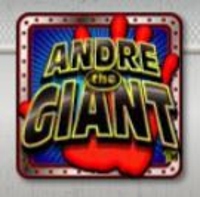 The Battle Bout Bonus is what you will really be looking to trigger. It is a Freespins feature and you can activate it with the help of the logo Scatter. Land 3, 4 or 5 Scatters in any position, anywhere on the reels, and this will trigger the bonus round. This will award you a total of 10 free spins initially, and throughout their duration you get to collect Special Attack Move symbols on reel 5.

Once the free spins are over, you will get to enter the ring as a real wrestler, and that is where those Special Attack Move icons come into play. As a matter of fact, each of them will give you the opportunity to repeat your win from the free spins round. 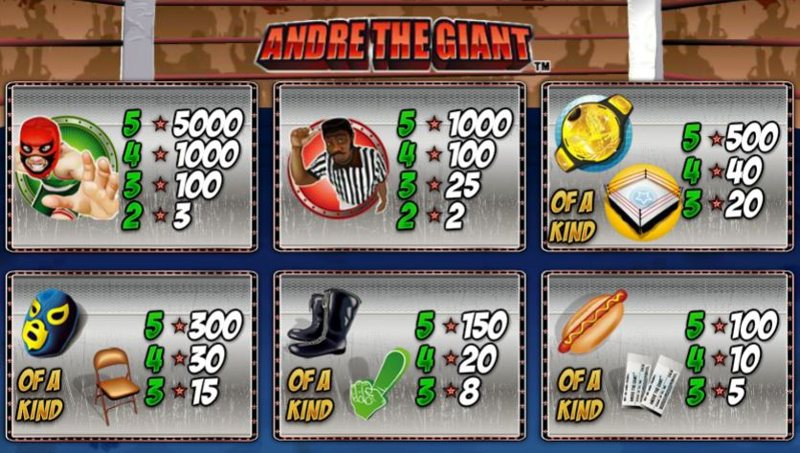 Andre The Giant is a nice nostalgic offering, paying homage to a wrestling legend. The graphics are somewhat basic, although this is in keeping with the Andre the Giant era, and there isn’t anything unusual or extraordinary about gameplay. However, the number of features is satisfactory and they can even prove to be pretty rewarding.