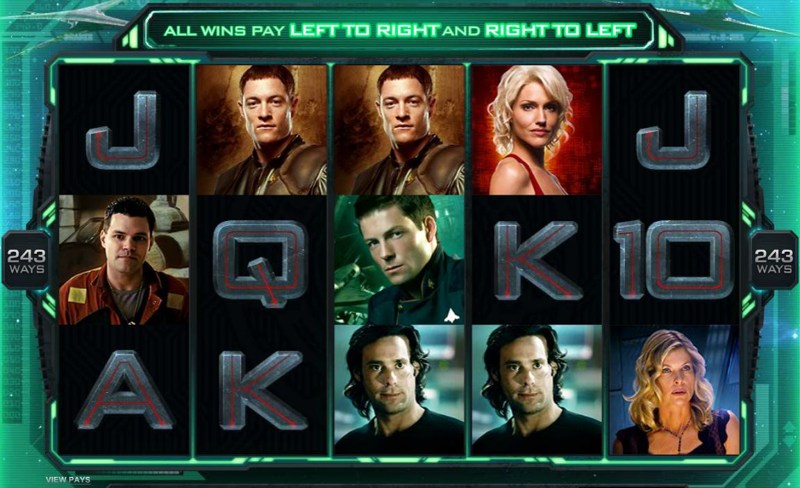 This slot is based on the highly popular Battlestar Galactica TV show, although it should be pointed out that it is based on the recent remake as opposed to the original 1970’s classic. This show has a huge following, and it is one of the biggest cult TV shows of modern times. Many of the most popular and recognisable characters from the TV show are well represented in the game and it is an offering that will instantly appeal to slots players that have a fondness for the show.

Microgaming is the company behind this 5 reel and 243 ways to win slot. The fact that there are three different play modes will provide a good level of variety for players and this offers a considerable number of ways in which a player can be a winner.

There are three different modes in the game, Normal, Run and Fight mode. The Normal game has the Ion Storm feature which can turn all 5 reels wild and there is a chance to earn up to 15 free spins with a three times multiplier.

Even cooler, as you play through the game, your ranking will increase and the higher your rank, the more video content you will have access to. If you are a fan of the TV series this is an excellent addition, which will provide you with an added incentive to keep playing and racking up points.

When you play in the Run mode, which can occur at random during the Normal game as well being an option to select, all of the wins will pay from left to right as well as the standard right to left motion. There is a FTL symbol to look out for on the third reel as it will change all Royal symbols into mystery symbols which create additional wins.

Fight mode sees random symbols being changed to wild symbols at various random times and you will also see the Colonials and Cylons battling on the reels. The wild symbols will split into double wild symbols and the Battlestar Galactica symbol, when you pick up at least three of them, will offer 5 spins for free. 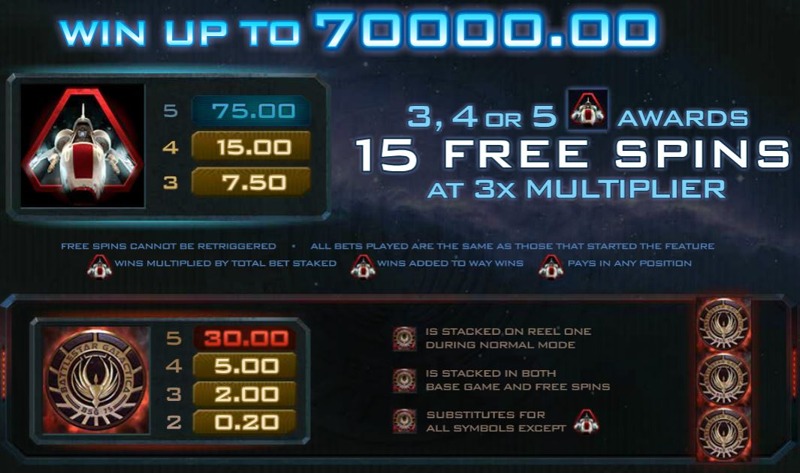 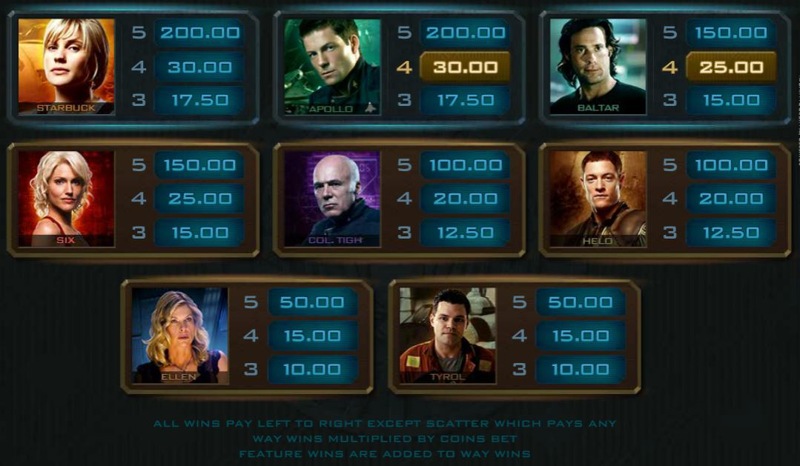 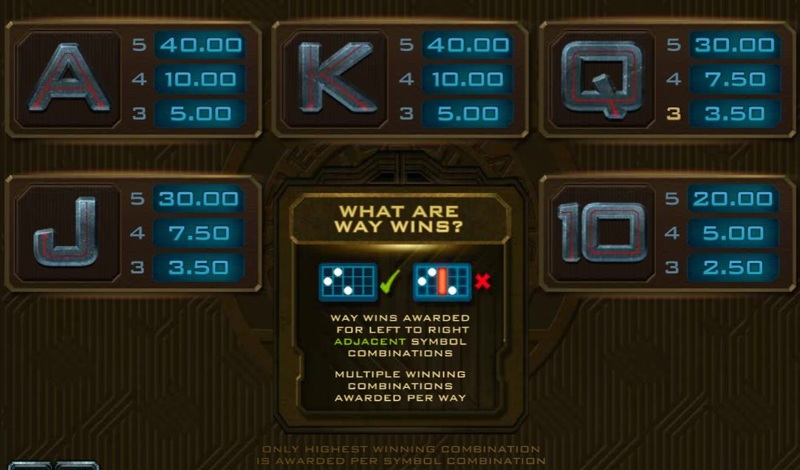 Although there is a lot to like about the versatility of this game, it is fair to say that it is a game that will mainly appeal to fans of the TV show, as the strong representation of the show offers up numerous benefits and incentives to keep on playing. The three different play modes, however, will offer variety for everyone.