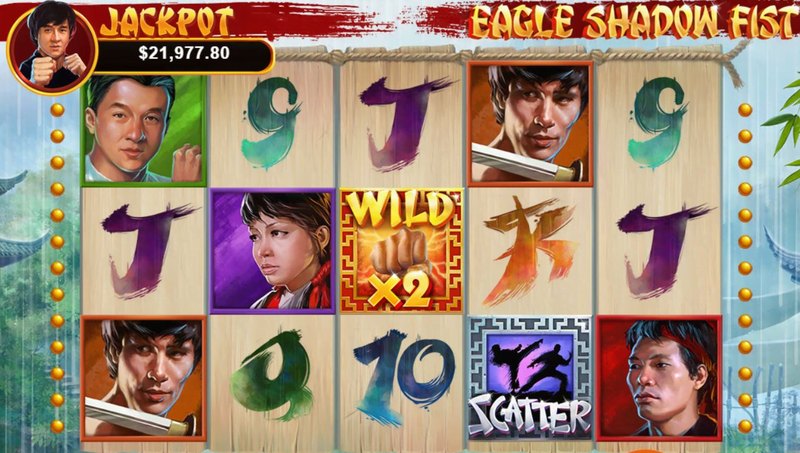 Hong Kong has been the home of some great movies throughout the years, including one known as Ding tian li di, or in English, Eagle Shadow Fist. Some sources list this as Snake in the Eagle’s Shadow, but whatever the case may be, it remains one of the greatest martial arts action comedy films to come out of Hong Kong. This could be due to the fact that the main character in the film is portrayed by Jackie Chan. It was filmed in 1978 and earned over 2.5 million Hong Kong dollars at the box office, which led to a sequel being made.

This online slot game bases itself on the film, with RTG providing wonderful graphics and gameplay to go with it. It has a wonderful set of symbols, including those of the standard playing card symbols. They are joined by characters from the movie, including Yuen Siu Tien as Pai Chang-tien, Hwang Jang Lee as Sheng Kuan, Dean Shek as Teacher Li and Tino Wong as Ah-Wu. Naturally, Jackie Chan’s character (Chien Fu) also appears on the reels as a symbol.

The layout of Eagle Shadow Fist features five reels and three rows, which is a basic setup for an online video slot. Across this layout, RTG has opted to include a total of 25 paylines. However, should you wish to bet on fewer, you can utilise the slot’s plus and minus buttons easily. You’re also able to alter the line bet that you bring into play, with options of between 1p and 10p per line being available. This means that the maximum overall wager available in the game stands at £2.50 per spin.

There’s a jackpot on display in the top-left corner of the screen which you’re able to win completely at random, so regardless of the amount that you bet on the game and how frequently you play it the jackpot could be yours. This will increase whenever someone places a bet on Eagle Shadow Fist, with no more than 1.5% of each stake contributing to it. 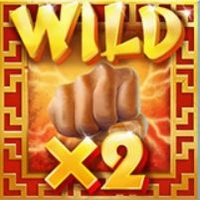 It’s all well and good to have a decent base game, but Eagle Shadow Fist also features one or two specialities as well, starting with its wild symbol. This is present in the shape of the fist with a ‘Wild’ and ‘X2’ written on it. As a wild symbol, it’s first action is to substitute for all other symbols on the reels to help you with creating winning combinations. The only one that it won’t stand in for is the game’s scatter symbol.

If it does form part of a win, it will also double your reward; five of the wild creating a win of their own will provide a bet multiplier of 10,000x your stake. 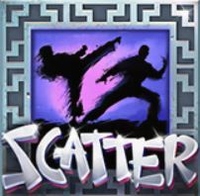 Alongside offering a wild symbol, Eagle Shadow Fist also has a scatter addition. This is present in the shape of the shadowed martial arts scene. This one is able to show up in any position and still reward you with a win.

Three or more of them coming into view will also activate the slot’s free spins round. If you manage to spin five of the scatter symbols onto the reels, you’ll receive a bet multiplier of 200x at the same time.

Once you spin three or more of the scatter icon into view, you’ll be rewarded with 20 free spins of the reels. Depending upon the number of scatters that triggered the free spins, you’ll also see that a multiplier of up to 4x is active during the round. Five scatters will therefore provide the maximum multiplier, although you’ll get double pay-outs if just three of them that activated it.

Eagle Shadow Fist may be based on the extraordinary theme of a 1970s Hong Kong-made martial arts movie, but it really does translate very well. From the thrilling graphics and gameplay through to the inbuilt special features and even the progressive jackpot. This is one RTG game that we don’t think anyone should miss out on playing.