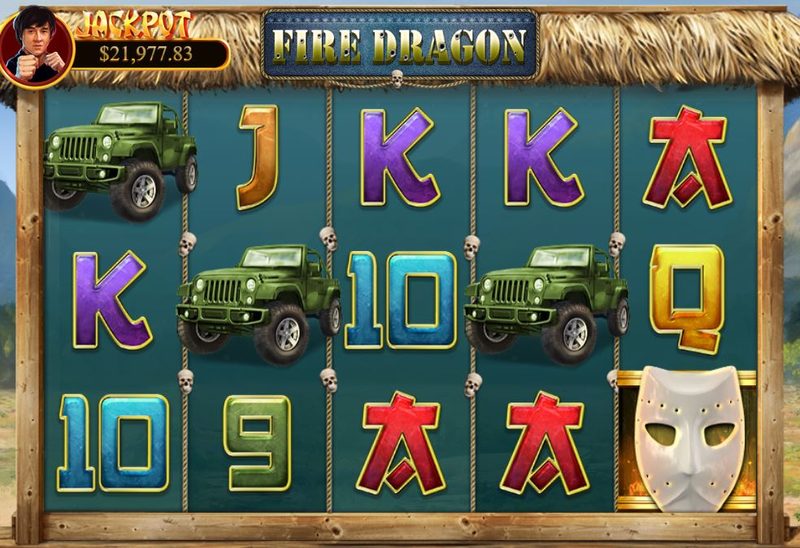 Fire Dragon makes up the third game from the series created by RTG that base themselves on Hong Kong movies – usually featuring Jackie Chan. However, this film utilises both comedy and action elements, and it features Brigitte Lin in the lead role of Ha (or the Fire Dragon). Made in 1994, the film depicts Lin as an assassin who is known as the Fire Dragon and serves the evil Sixth Prince.

Naturally, she appears on the reels as a symbol, as does Max Mok Siu-Chung as Yuen Ming – the film’s hero. At the same time, you’ll see icons of a jeep, two weapons crossed over and a canine. They are joined by the standard symbols of playing card additions.

Looking at the overall layout of Fire Dragon, it contains five reels and three rows for you to spin. Across this layout, you will also get the chance to place bets on a total of 20 paylines, although you have the option to customise these if you so wish. The buttons to do so can be found in the bottom-left corner of the screen. It is there that you will also find the buttons for customising your wager. Fire Dragon offers up bet amounts of between 6p and £100 per spin. There’s also the inclusion of the autoplay function for you to utilise as you wish.

Alongside the basic game, you’ll see that Fire Dragon also comes with its own progressive jackpot total. This can be seen in the top-left corner of the screen. The total value of it will increase every time someone places a bet on the game, with no more than 1.5% of each stake being taken as a contribution towards this.

Winning the progressive jackpot amount doesn’t require you to do anything special or make a specific bet size. It is a completely randomly paid jackpot, so it can be awarded on any spin of any amount. 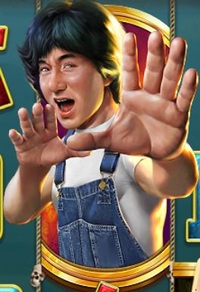 Now, even though Jackie Chan doesn’t appear in the Fire Dragon film, he does appear in this game. He’s a much more prominent figure as well, operating as the slot’s wild symbol. In this position, he is able to substitute for all of the other symbols, assisting you with forming winning combinations.

The only symbol that the wild won’t substitute for is the scatter. If five of them show up on a winning payline, then you will receive a pay-out of 3,000x your in-play stake. 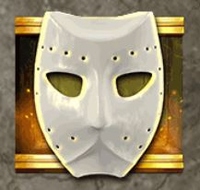 When you see the symbol of the assassin’s mask, you will know that it is the slot’s scatter. Scatter symbols have the ability to show up in any location and still reward you with a pay-out, as long as two or more are in view.

While this is a great symbol to show up, it has more perks to it than just providing pay-outs from landing anywhere on the reels.

If the assassin mask comes into view on reels one, three and five simultaneously, then it will trigger 10 free spins of the reels. This is also a feature that you’re able to re-trigger by spinning three more masks into view during the round. 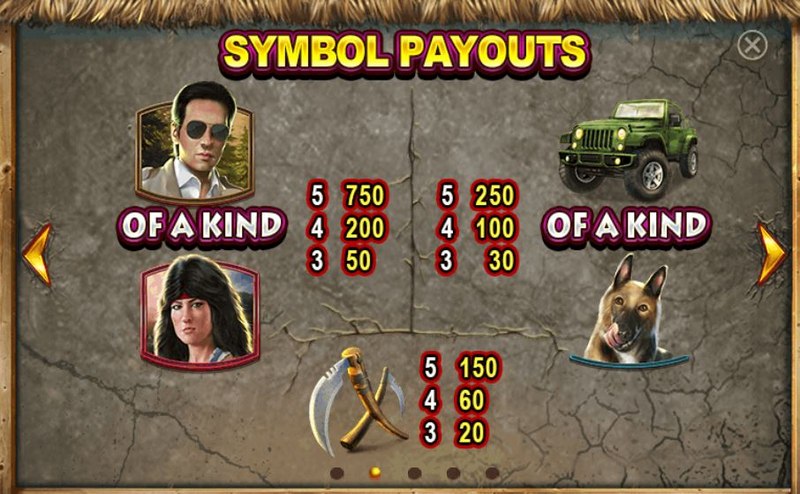 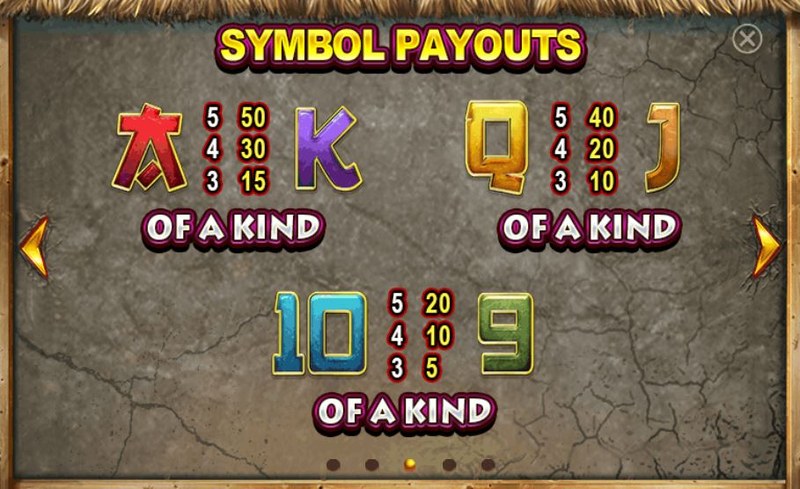 Fire Dragon is a little bit confusing as a game, for sure. After all, Jackie Chan isn’t present or connected with the original film in any way, yet he still appears in this game as its wild symbol. However, it’s still entertaining, containing a wild symbol, a scatter and free spins alongside. The progressive jackpot also makes it a little more captivating overall, so we’d recommend it to anyone as an enjoyable slot from this developer.