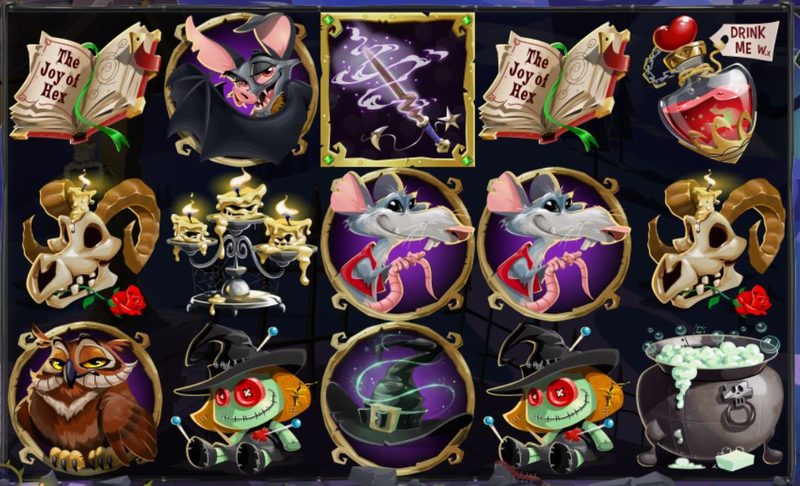 If you thought the first Bubble Bubble was great then you’ll find the second incarnation of the game to be even more compelling. RTG have amped up the features and the graphics for Bubble Bubble 2, making it even better than its predecessor in many ways. It utilises many of the same symbols, but with heightened graphics and better designs.

Winnie the Witch is back on the reels, but this time, she’s brought one of her witch sisters with her, and what’s better than one sexy witch? Two sexy witches, of course! They’ll certainly cast a spell on you. Of course, these two don’t need any kind of attention from admirers. They’ve got enough on their plates with the spells they have to cast. Fortunately, the reels feature imagery of the ingredients they’ll need, therefore, you’ll see a black cat, a skull, a mouse, a love potion, an owl and much more.

The game itself utilises a five-reel, three-row setup which is an average design for an online video slot. Across this layout, the developer has taken the opportunity to bring 50 paylines into operation. You’re not able to change the number of active lines while playing, but you can alter your bet. This is done simply by using the up and down arrows that are on display, and doing so will allow you to choose between bets of 50p and £250 per spin. You’ve also got the opportunity to change the speed of the game or to use the autoplay function.

Winnie and her witch friend Wanda are the slot’s primary wild symbols. They can only appear on reels one and five, respectively. As wilds, they will substitute for all of the game’s standard symbols, helping you with creating winning combinations. Not only that, but if they do come into view anywhere on those reels, they will expand to cover the entire column. Pays are then awarded.

What’s more, Winnie and Wanda will also triple the pay-out that you receive if they contribute to a win, and just to add an extra perk to their capabilities, if both of them appear in the same winning combination the prize that you receive will be multiplied by 9x. 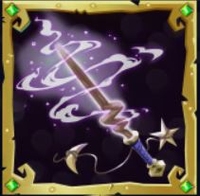 It’s the magic wand symbol that operates as the slot’s scatter, and as such, it has the possibility of showing up in any position and still rewarding you with a pay-out. Five of them coming into view anywhere will multiply your stake by 33x.

You only need to land three of them to activate the games freespins, and there are three of these to trigger. 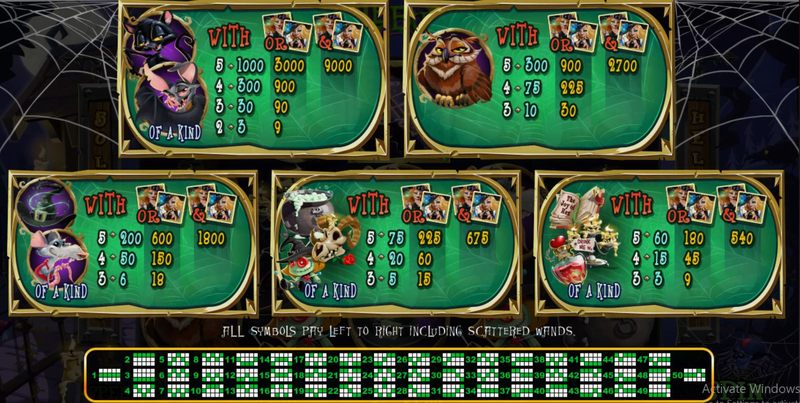 If the original Bubble Bubble was the start of all things witchcraft then the second version of the game really brings a new level of excitement to the theme. RTG has improved on the graphics, whilst also incorporating enhanced special feature rounds. The wilds, the scatter and the three free spins rounds all combine together to form an ultimately compelling slot offering from this developer.