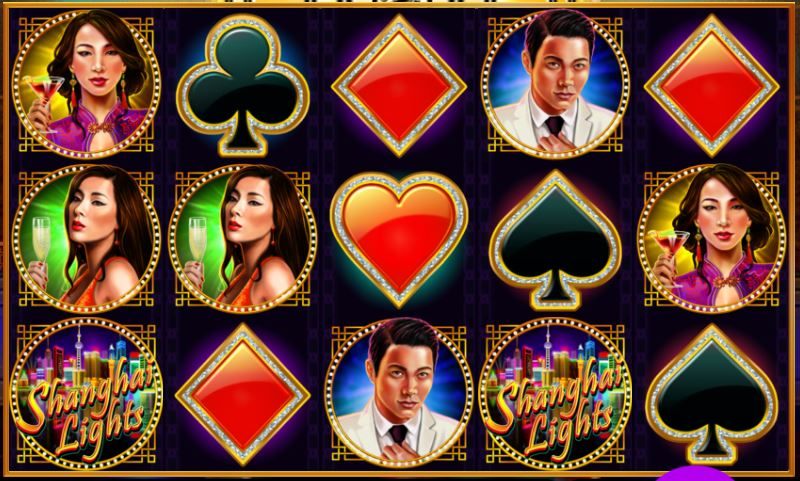 If you take a trip to Shanghai, then you’ll definitely want to check out the Shanghai Lights. But if you will never get the chance to visit China, then perhaps you’ll find satisfaction from playing this RTG slot game instead.

Once again featuring some wonderful graphics from the developer, Shanghai Lights is one of those offerings that you can’t pass by without a few spins. The game puts you in the company of two men and two women enjoying the casino high life. All four of them appear as symbols on the reels of the slot, too. Both women have cocktails in their hands, while the two men appear to be fixing their tie and bowtie, respectively. The remaining symbols are made up playing card suits and the game’s own logo.

The setup is made up of five reels and three rows altogether, which is a basic layout for a game like this. Alongside this, RTG has added a set of 50 pay lines for you to bet on. You’re able to adjust the active amount by using the plus and minus buttons at the bottom of the reels, though. Additionally, you can customise your bet amount by using the other set of buttons. This means that you can choose from wagers between 1p and 10p per active line, so the maximum overall wager in Shanghai Lights stands at £5 per spin. 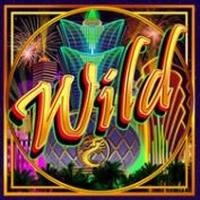 It’s very easy to identify the wild symbol in this slot, because it has the word “Wild” written across it, with various colourful lights displayed in the background. The wild symbol can appear only on the third reel in the game, but it will substitute for all of the other standard symbols within the slot.

The only symbol that it won’t stand in for is the scatter addition. If the wild does show up on the third reel, it will replicate to cover all positions on the reel, and that takes place before any pays are awarded, too. 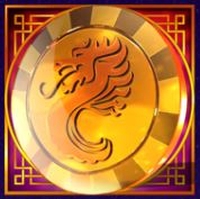 There’s a poker chip with a dragon emblem on it, and this is the game’s scatter icon. This one has the ability to appear anywhere across the reels and will provide you with a pay-out regardless. You can receive a bet multiplier of up to 50x from the appearance of the scatter, and it is also responsible for activating the slot’s feature round.

Shanghai Lights Free Games – Make sure that you take notice of when three or more scattered poker chips appear on the reels, because you’ll receive five free spins when they do. During the free spins round, the wild symbol may show up on reels two, three, four and five, dramatically increasing your chances of forming a winning combination. Two scatters showing up will pay a prize during free spins and all wins that incorporate a wild symbol into them will receive a double multiplier. At the end of the free spins round, the Super Spin Free Games feature starts.

Super Spin Free Games – You’ll receive three Super Spins once the five free spins have come to an end, with Super Spin Upgrades being awarded to you, depending upon how many winning scatters pays occurred during free spins. Any scatter win that you form during Super Spins will reward you with an extra Super Spin to play through. The upgrades that can be in play during Super Spins can turn the entirety of reel three wild, and the same for reel four and five. Other upgrades include triple multipliers for any combinations featuring a wild or 5x multipliers for wins made from scatter symbols. 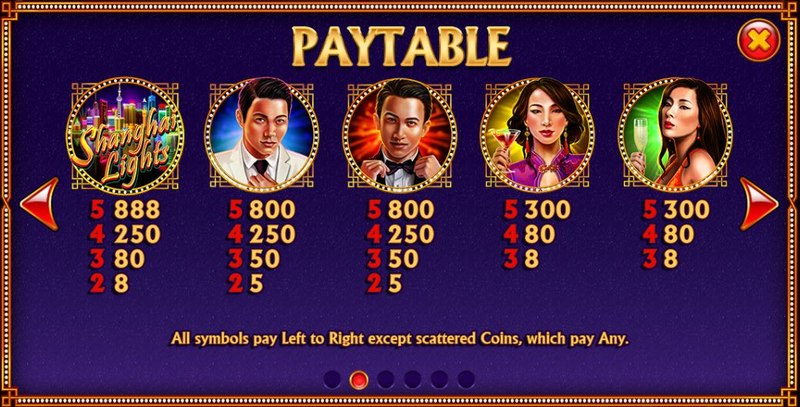 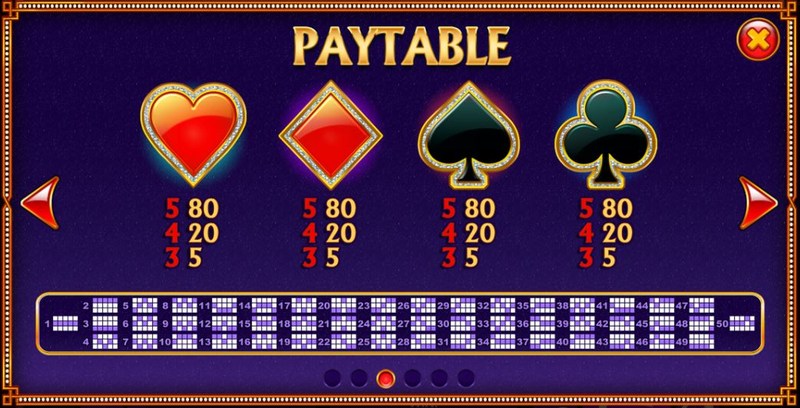 Shanghai Lights is a beautifully crafted RTG slot game, with some truly enticing graphics and smooth gameplay for you to experience. The wild symbol and the scatter make base gameplay that much more exciting, while the introduction of the free spins round during gameplay thoroughly enhances things. On the whole, Shanghai Lights is a definite favourite from this developer.