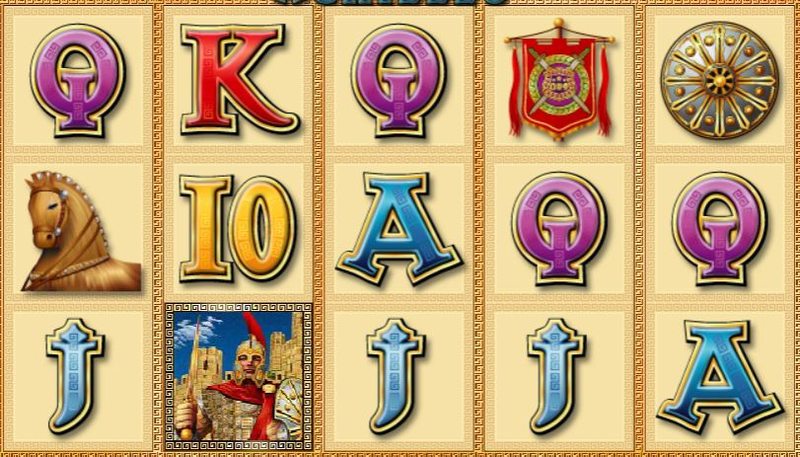 Most of us will all know about the old Achilles heel adage – we all have our weaknesses. Well, the idea behind this theory dates all the way back to Ancient Greece.

Achilles was a hero of the Trojan War and considered to be the greatest of all Greek warriors. He was said to be invincible after his mother Thetis dipped him into the river Styx, although she held him by one of his heels making this the only vulnerable part of his body. It was Achilles’ heel that ended up getting him killed in the end, and this RTG slot celebrates the Greek hero, therefore, you’ll get to see symbols relating to this theme appearing on the reels. They include the Trojan Horse, a shield, Helen of Troy, a sigil and the standard playing card additions.

The setup of this RTG slot comprises five reels and three rows in total. This is a standard video slot layout, and across the design, the developer has added a set of 20 paylines. You do have the option of altering the number of these that are active though, which is done by using the relevant arrow buttons on either side of the ‘Lines’ section. You can also change the bet value around by using the second set of up and down arrows, this time between the ‘Bet’ section. Using these, you can select a wager of anywhere between 20p and £2 per spin. 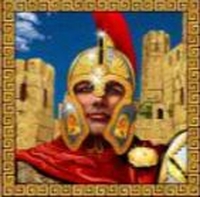 You don’t think that a game about Achilles can go without featuring the man himself on its reels, do you? Well, fortunately, RTG has included him as the slot’s wild symbol. This means that he is able to appear anywhere and substitute for all other symbols, with the exception of the scatter. He is able to pay-out a maximum win of £10,000 whenever five show up on a winning payline.

There is a secondary function of the wild symbol, though. Whenever three or more of the Achilles wild show up in any location during the base game, a feature begins. This requires you to select one of the wilds, which will then reveal 15, 20 or 25 free spins as a reward. During this version of free spins, all of the Troy symbols are altered into those of Achilles or Helen. All wins are tripled during this round, too. 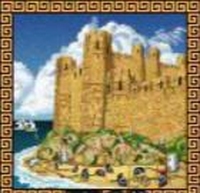 There’s a secondary free spins function in Achilles. This one is triggered by the appearance of the game’s scatter symbol, which is the image of the city of Troy. Scatters can show up in any position on the reels and will still reward you with a pay-out. However, if three or more of the scatters come into view anywhere, you’ll be rewarded with 10 free spins to play through.

While this version of free spins is in effect, all prizes are doubled. To add to this, the feature will also be re-triggered whenever three or more mixed scattered Achilles and/or Troy symbols appear in view.

One part of this game that isn’t automatically clear from simply loading it up, is that it also contains its own progressive jackpot reward. This can be won randomly at the end of any single spin during your time playing.

Progressive jackpot wins will be added to other standard wins and each player accessing Achilles will add 1.5% of their bets to the overall pot. The current amount on offer can be seen above the reels, and this will increase every time a player wagers on Achilles. 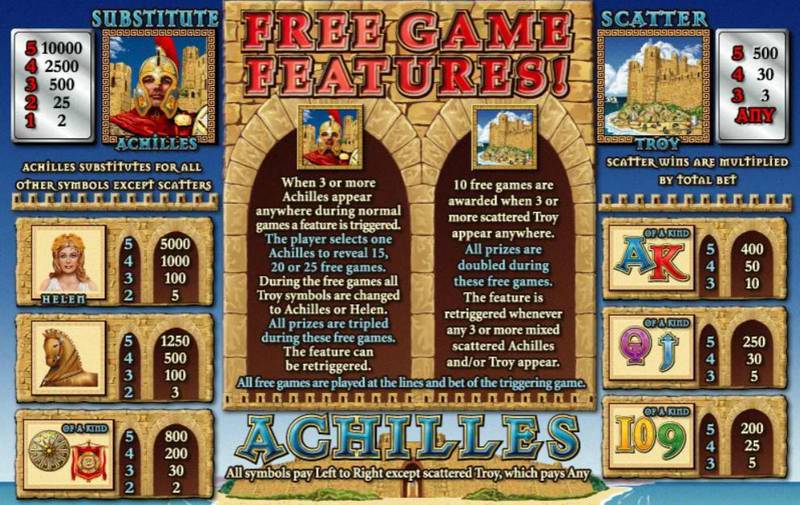 It’s very clear to see that Achilles has plenty going for it, especially in terms of the special features that it contains. From a wild symbol, through to two different free spins rounds and the inclusion of a special progressive jackpot, it’s clearly aiming to satisfy its market.

There’s little doubt that it does this, and even though the graphics may look slightly dated, this is of little consequence.

We’d say you should get ready to go to battle in Troy alongside Achilles.