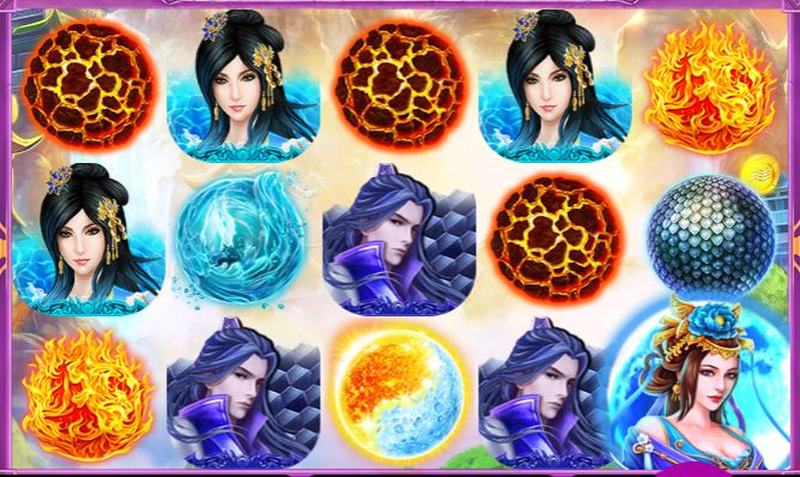 Gods of Nature, or as it is known in its original form, Tian Di Yuan Su, takes the Eastern theme and merges it with the natural elements to create quite the enthralling offering. RTG incorporates its usual brand of high-quality entertainment throughout, including a set of wonderfully drawn graphics to really set off the overall theme. You’ll certainly be able to tell the different Gods and their specific elemental powers. It is also one of those totally authentic and compelling themes that inspires you to keep spinning the reels.

Visually, the game takes you to ancient Chinese lands, as you can see in the background. Gods of Nature’s symbols are no less impressive than the backdrop, starting with orbs to represent the various elements, including the water orb, the earth orb, and the fire orb. Another one merges the fire and water elements into a sort of yin and yang image. Symbols of the different Gods can also be found upon the slot’s reels, starting with the air God and then the earth Goddess. The water Goddess comes next with the fire Goddess following on. There’s also a symbol of what appears to be the God of volcanoes.

These symbols and more appear upon the game’s five-reel, three-row layout, and across this layout RTG has included a total of 30 paylines which have been fixed in position. You have the chance to change your bet by using the relevant plus and minus buttons, though. In doing so, you’ve got the opportunity to choose a line bet of between 1p and 10p, which means that the maximum wager in Gods of Nature stands at £3 per spin. 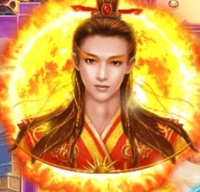 You’ll see another God who appears to have a blazing sun behind him, and it is this one that works as the slot’s wild addition. In this role, he can appear on the reels anywhere and substitute for all other standard symbols in the game.

This Spirit of the Sun God won’t stand in for the scatter symbol of the game, but if he appears in a winning combination at any time, he will double your pay-out for such. Five of this icon appearing on a winning payline from left to right will reward you with a prize of 10,000x your stake. 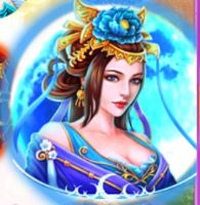 As far as the slot’s scatter symbol is concerned, this is represented by what looks to be the Goddess of ice. She can show up in any location and still provide you with a pay-out. Five of them coming into view across the reels will multiply your wager by 500x over. However, this is just the first of her abilities.

The Gods of Nature slot also has up to 33 free spins for you to activate when you land three or more scatter symbols. You’ll get eight of them awarded to you initially plus the free spins round feature double multipliers on all winning combinations.

Prior to the round beginning though, bonus picks are provided to you. From these picks you’re able to win additional free spins on an increase in the prize multiplier. Up to 33 free spins and a win multiplier of up to 15x can be won from this pick round. You can also re-trigger the free spins round from the appearance of three scatters during its operation. An extra 15 free spins will be provided to you in this instance. 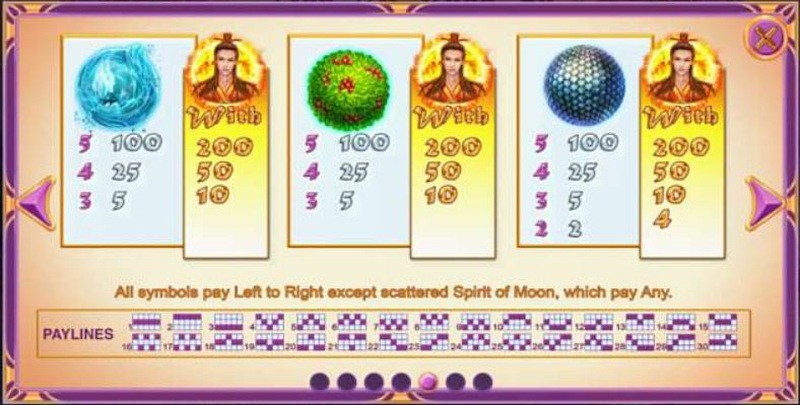 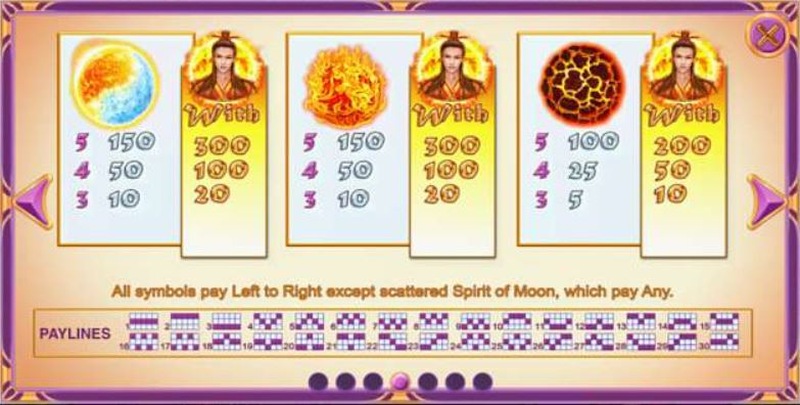 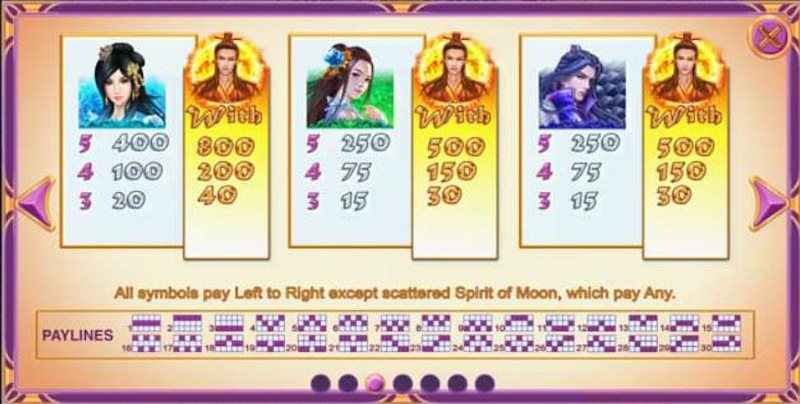 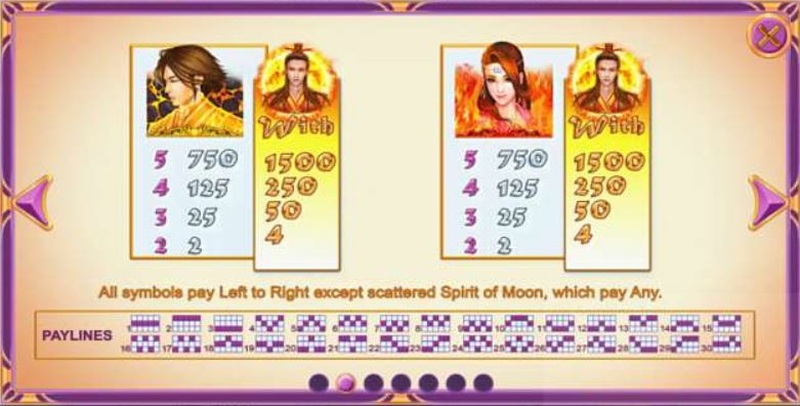 Gods of Nature or, if you prefer, Tian Di Yuan Su, has a lot for players to enjoy. The graphics are a definite highlight, while the base gameplay offers up a prelude to the appearance of scatters, wilds and the free spins function. RTG has kept things simple enough but has also managed to present a slot game that has underlying appeal at the same time. That’s no small task, as several other developers have also tried the same thing and failed. However, Gods of Nature is here to prove that it is possible, and it does it with style too.