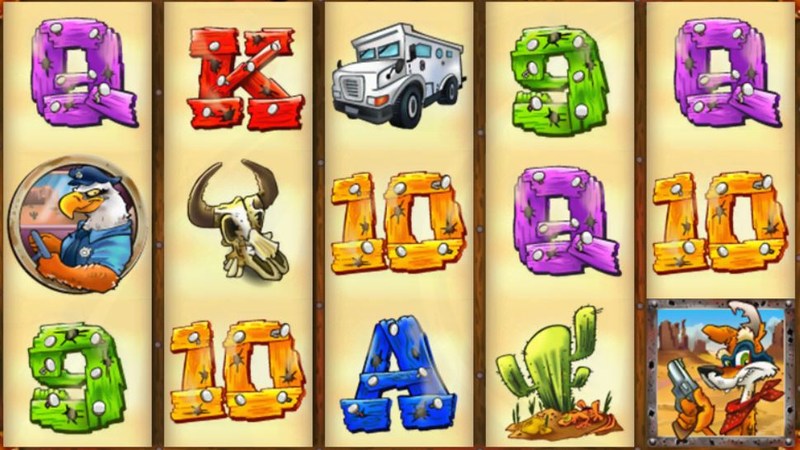 If you have ever watched the animated Looney Tunes cartoons on television, then something will look slightly familiar about the Coyote in this slot game. While not being exactly like Wile E. Coyote, there’s definite hints of him inspiring this character, although don’t expect to see any kind of Road Runner on the reels. Yet, this slot does seem to take place in the same location as the Looney Tunes cartoon, with desert lands of somewhere like Phoenix, Arizona appearing in the background.

Upon the reels, you’ll get to see standard playing card symbols. Joining those, there’s a cactus, a skull, a money van, a snake and an eagle dressed as a cop. It seems as though this coyote is seeking out some location to rob, but he may just come up against some trouble with other law-enforcing animals of the area.

The setup of Coyote Cash provides players with a layout of five reels and three rows in total. This means that everything should look fairly standard in terms of the interface. Across this layout, you’ll be able to place bets on a total of 25 paylines, although the number of these that are active can be adjusted easily. Not only that, but you can alter the bet amount in the game by using the relevant buttons for that. This means that you have the possibility of placing a bet of anywhere between the minimum of 25p and the maximum of £125 per spin.

If you look at the top of the five reels, you’ll see a progressive jackpot amount on display. This will continue increasing as players place their bets on the game. The progressive amount is available to win by any player, with bet amounts being irrelevant when it comes to winning the pay-out. Your task is to simply continue spinning the reels and the jackpot pay-out comes at random. Bet contributions to this will be no more than 1.5%. 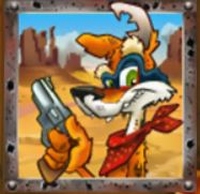 Coyote Cash features a wild symbol as its very first special feature, and this is present in the shape of the coyote himself. As a wild, he will substitute for all other symbols upon the reels, assisting you with forming winning combinations. The only symbol of the game that he won’t stand in for is the scatter addition.

Should the coyote wild manage to help you form a win, you’ll see that your pay-out for such is doubled. If you manage to create a win out of five of the wild symbols, then you’ll receive a stake multiplier of 10,000x. 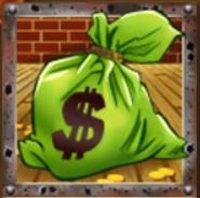 The scatter symbol that is present on the reels of Coyote Cash is the bag of loot. Scatter wins are multiplied by your total bet, and if five of this symbol come into view anywhere on the reels you’ll see that multiplied by a total of 200x. As is quite common with scatter symbols in slot games, this isn’t the sole function of the icon in Coyote Cash.

A total of 20 free spins can also be activated in the game, which occurs whenever three or more of the scattered loot symbols show up on the reels. During the free spins round, you’ll see that all prizes are multiplied by two, three or four times. The multiplier amount is determined by how many scatters trigger the round. You’re also able to trigger additional free spins if you spin three or more scatters into view while it is in operation. 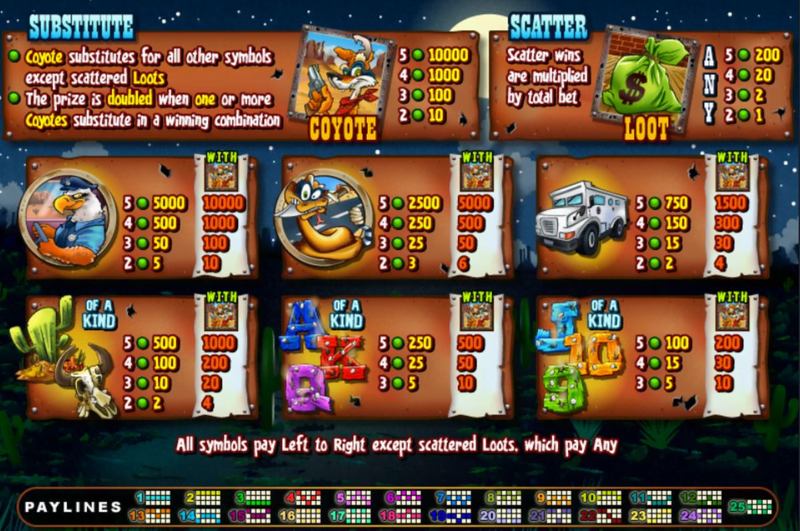 There’s plenty of fun to be had while playing Coyote Cash, and that’s thanks to RTG’s decision to include wonderful graphics and entertaining inbuilt features into the slot. When you also include the potential for winning a progressive jackpot alongside this, things get even better. The theme has been taken from popular cartoons, and why not? They’re popular for a reason and if RTG can replicate that in one way or another with Coyote Cash, we’re all for it.