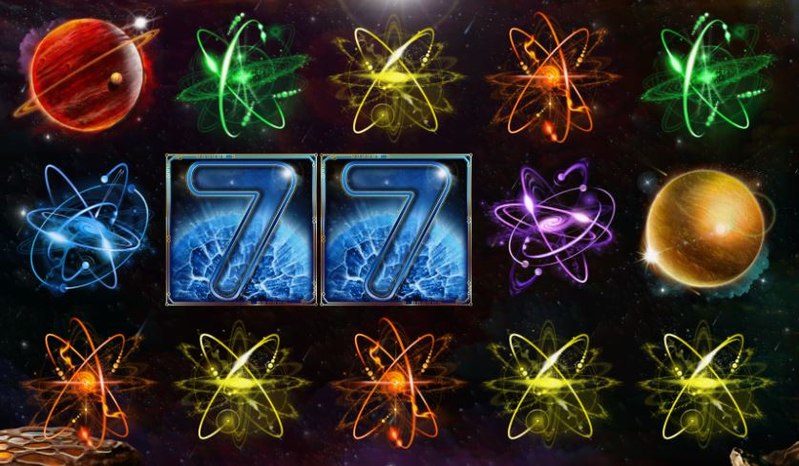 Nova 7s intends to send you careering out into space so that you can witness the stars and planets in all their glory, and by playing this RTG slot game you’ll be able to get a front row view of them. The theme is executed very nicely by the developer, allowing you to really get stuck in to spinning its reels. There’s also a very adventurous soundtrack playing for you while you spin, bringing an extra level of fun to gameplay.

Nova 7s has some wonderful graphics too, starting with five different coloured supernovas. Then come symbols of three different planets, which are coloured gold, green, and red, and then a blue cratered moon. The red planet is the slot’s highest paying symbol though; from that one you’re able to receive a reward of up to 777x your stake.

The setup of Nova 7s provides you with a layout of five reels and three rows. This is a standard video slot interface, and RTG has also chosen to add a set of 25 pay lines to it. Yet, if you would prefer fewer to be active then you have the option of customising them easily enough. Simply use the up and down arrows under the “Lines” section. You can also adjust the bet that you bring into play, with the game offering options of between 25p and £6.25 per spin. 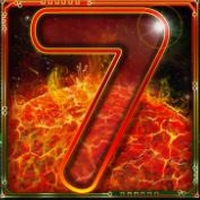 Make sure that you keep an eye out for the appearance of the red number seven, because this is the one that operates as the slot’s wild addition. This means that wherever it shows up on the reels it will substitute for all other standard symbols.

With this being the case, it can be of great assistance to you when it comes to forming winning combinations. Scatter symbols are the only ones that it won’t substitute for. Additionally, the red 7 wild may go on to activate a Solar Flare, Nova, Supernova, or Hypernova when appearing anywhere.

Solar Flare – Keep an even closer eye on any wild symbols appearing on reels two and four, because these can be affected by the Solar Flare feature. This sees the red 7s expand to cover the entirety of the reel they’re on prior to any pays being awarded. Therefore, you’re potentially able to form multiple wins from a single spin.

Nova, Supernova & Hypernova – In addition to the Solar Flare possibility, the red 7 appearing on reel three may trigger a Nova. In this instance, the prize for any win that it participates in will be multiplied by seven times over. Afterwards, it may then progress into a Supernova, which will see the multiplier wild cover the entirety of reel three for you. If that’s not enough, you may see a Hypernova also take place. This sees the red 7 wilds on reels two and four move across to cover reels one and five, respectively. 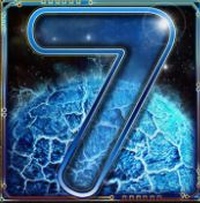 If you see a blue number 7 symbol appear on the reels, this is Nova 7s scatter addition. These symbols can appear anywhere on the reels, helping you with forming winning combinations. Five of them appearing across the layout will multiply your wager by 77x over, and the scatters aren’t only responsible for multiplying your bet, either.

Free Spins Feature – You’ll really be getting the most out of this slot game if three of more scattered blue 7s appear on the reels. One of four free spin rounds will come into play in this instance. Simply click on one of the triggering scatters to reveal which one of these becomes active for you. They are available in the following format: 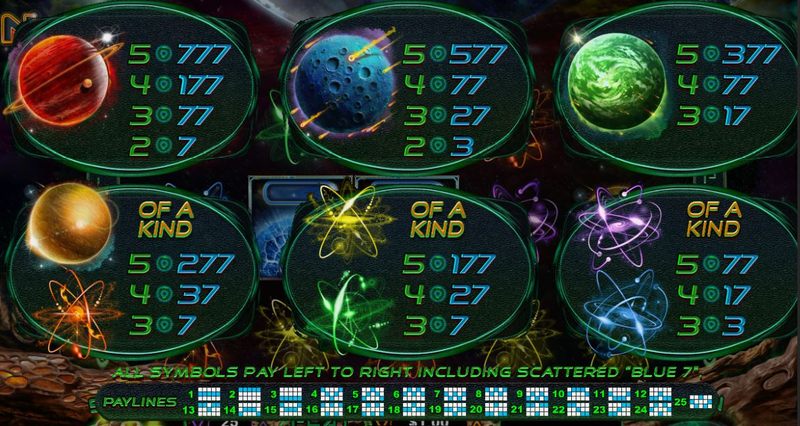 There’s so much going on in the Nova 7s game that you would beed a pretty good excuse to avoid it. The imagery is perfect throughout and the inbuilt features make it that much more entertaining on the whole. RTG has done a great job with it and it certainly stands out amongst the masses of other slot games out there in the universe.