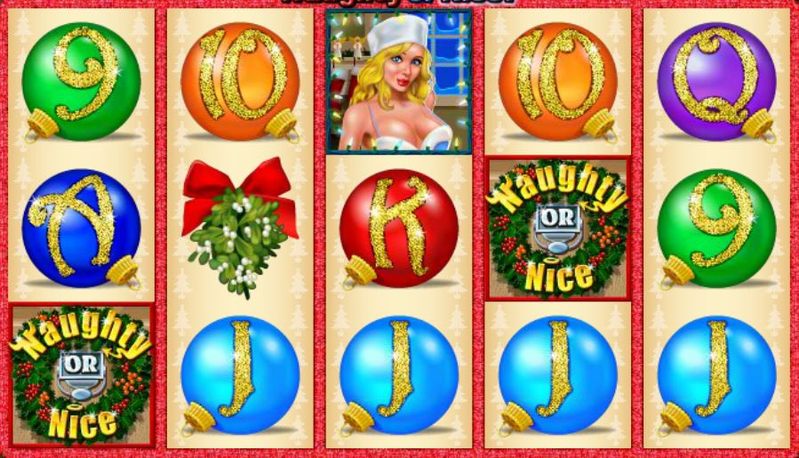 Are you on team naughty or team nice? You’ll need to make a decision soon enough, because Naughty or Nice? will take you to the delights of Lapland, where Santa and his elves are working tirelessly to build toys for all the children. However, Santa is definitely a little side-tracked by the arrival of two attractive ladies. One could argue that both of them are pretty naughty considering that Santa is married, but one of them is supposedly nice.

Whether or not Santa will stray is another question, although Mrs Claus appear as a symbol on the reels, so she’s clearly keeping an eye on him. Other symbols in the game include mistletoe, a perfectly wrapped gift, a reindeer with a bikini top hanging from its antlers and, of course, Santa himself.

Access this slot and you will see a layout that consists of five reels and three rows in total. Across this layout, RTG has added a total of 50 pay lines for you to bet on, and these lines have been set in position so you can’t reduce the active number. Your bet can be altered easily enough, though. This is done with the relevant up and down buttons, allowing you to choose wagers 50p and £12.50 per spin.

You’ll see the slot’s progressive jackpot increasing in value at the very top of the reels. It’s usual for these amounts to be paid out completely at random, however, that’s not the case with Naughty or Nice? You see, to be able to receive the progressive jackpot pay-out here, you must spin five of the nice girl wild symbols into view on a winning pay line during base gameplay. 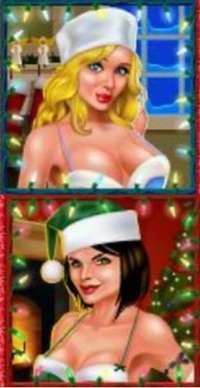 Naughty or Nice? doesn’t only have one wild symbol, it has two. These come in the form of the naughty girl and the nice girl. These substitute for all other symbols on the reels, assisting you with creating winning combinations. The only one that won’t be substituted for is the game’s scatter symbol.

Furthermore, in an uncommon move for RTG, it is the nice girl wild that provides you with the chance of winning the slot’s progressive jackpot. 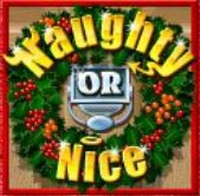 The scatter symbol comes in the form of the game’s logo. Scatter wins are multiplied by the total bet in play, and the symbol can show up in any location on the reels. If you manage to spin five of the scatter symbol into view then you will receive a 200x multiplier.

Naughty or Nice Feature – You’ll be rewarded with 10 free spins of the reels whenever you spin three or more of the scatter symbol into view anywhere. Prior to this, you need to select the naughty girl or the nice girl to be your bonus substitute during the round. The prizes in this feature are doubled if a bonus substitute features in the combination. Each bonus substitute appearing during the free spins round will also reward you with a bonus of either a single additional free spin or an instant prize of up to 20x your wager. A third option is for it to hold the reel that it appears on for the following spin. 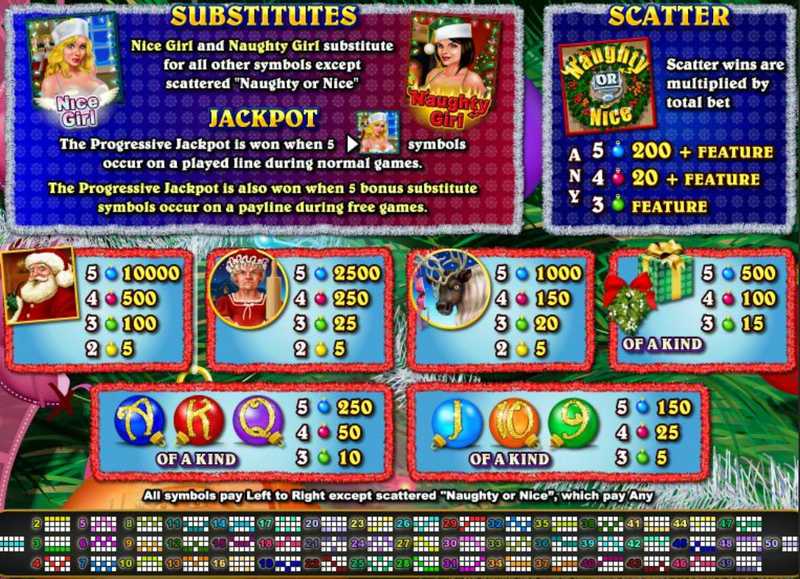 There’s little doubt that the Naughty or Nice? series of games from RTG is one of the developer’s most popular. Then again, the theme is so likeable – and a little bit naughty – that it’s difficult not to love what’s going on. With the inclusion of a progressive jackpot and a free spins feature with bonus perks, Naughty or Nice? is one of those offerings that stands out for all the right reasons. Certainly one slot that we recommend.