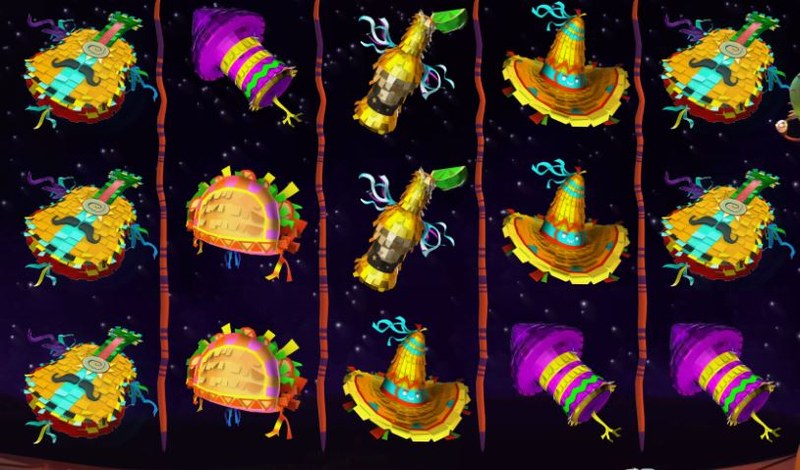 Have you ever experienced the thrill of smashing open a piñata to discover what’s hidden inside? If not, then you’re in for a treat with this RTG slot entitled Popiñata. It presents you with various wonderful paper piñatas across its reels, and we would hope that they’ll be filled with big money winnings for us to take home.

Popiñata is a fairly recent release from RTG, so it maintains the high standard of graphics and gameplay that the developer has managed to deliver in recent years. Upon its reels, you’ll see various different shaped piñatas as symbols, starting with the Mexican hat and the taco. Next in line is a Spanish guitar followed by a bottle of tequila. You’ll also see a piñata in the shape of a rocket, another in the shape of a red chilli, and finally the piñata in the shape of a cactus. This one can multiply your stake by up to 250x as a pay-out.

The overall layout of this game is made up of five reels and three rows, which is a very basic layout for a video slot. Across this setup, Popiñata features a total of 10 pay lines, although you can adjust the active number of these if you like. The game has up and down buttons for the customisation of active pay lines to the bottom-left of the screen. On the other side of this, there are similar arrows for changing your bet around. This RTG slot allows you to select from bets between 10p and £1 per spin. 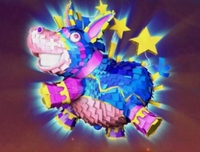 Popiñata brings forth its own wild symbol for you to enjoy, which comes in the shape of the bright-eyed donkey piñata. This one can show up on reels two, three and four only, but it will substitute for all other symbols upon the reels, assisting you with creating winning combinations in the process.

Any donkey piñata appearing will also expand to cover the entirety of the reel that it’s on before pays are awarded. Therefore, it also stands the chance of forming more than one win from making an appearance.

Wild Re-Spin – After it expands and wins are paid out, the wild will also activate a re-spin. The expanded wild will stay in position while the remaining reels go through the re-spin, once again giving you the chance to form more winning combinations. If after that re-spin, one or more of the re-spinning reels contains a donkey wild, the process takes place once more.

While it’s true that Popiñata doesn’t have a huge number of inbuilt features, the ones that are available do enhance gameplay a good deal. It’s a simpler slot with some wonderful graphics from RTG, while the re-spin function is quite the highlight – you’ll look forward to seeing that donkey. On the whole, Popiñata is a nicely entertaining game from RTG which will no doubt appeal to many gamers.