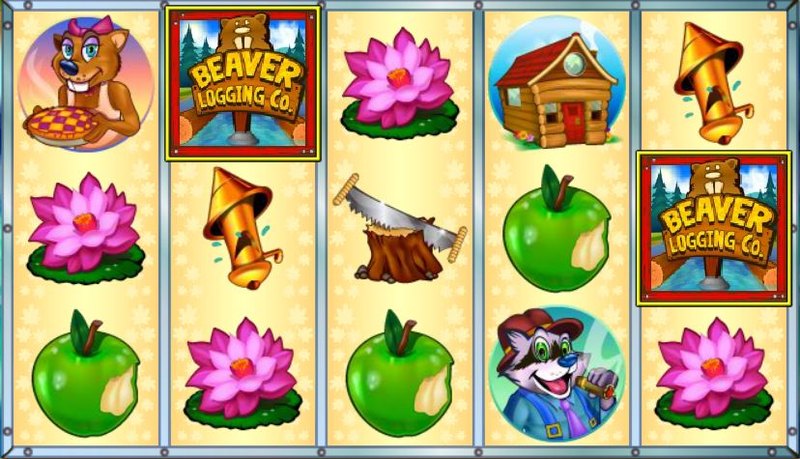 Beavers are known for being amazing dam builders, constructing their homes from sticks, woodland foliage and other debris. While it’s not the first time that an animal has served as the focal point of an online slot game, we’re certain that it’s the first time that a beaver has been in such a position. Not one to shy away from going an alternate route though, RTG is the developer that brings forth this intriguing slot game.

The beaver does, of course, make an appearance on the reels as a symbol. However, there’s much more to it than this. Other symbols upon Builder Beaver’s reels include the pinecone, the apple, the lily and the treasure chest. It also appears that the beaver has animal construction friends in the raccoon and the bear, while his wife looks ready to serve up a pie for their tea break.

The layout of the slot itself is made up of five reels and three rows, which is quite the norm for online video slots. Alongside this layout, RTG has chosen to add a set of 25 paylines to Builder Beaver. You can alter the number of these that are in operation though, just make use of the relevant up and down arrows. The second set of these will allow you to customise the bet that you bring into play, with this value starting at 1p per active line. All in all, the maximum bet that you can place across all 25 lines stands at £2.50 per spin.

Builder Beaver is another of RTG’s slots that contains a progressive jackpot total to be won. This can be seen increasing at the top of the reels, with a small percentage of the bet from every player contributing to the pot. There isn’t anything that you need to specifically do to win this other than spin the reels; it can be won at the end of any spin so it’s a random jackpot pay-out. 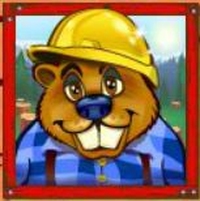 With the beaver being in charge, he is of course going to operate as this slot’s wild symbol. Therefore, whenever he appears on the reels he’ll make a point of substituting for all other standard symbols in view. In this respect, he can be of great assistance in helping you to form wins across the reels.

Should you manage to form a winning combination solely of five wilds, then you’ll see yourself rewarded with a pay-out equal to 10,000x your in-play stake. 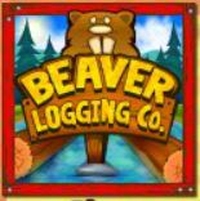 The Beaver Logging Co. sign is the one that represents this slot’s scatter addition. As such, it has the ability to show up in any position on the reels and still provide a pay out. Five of them in view will activate a win of 200x your wager.

This is not the only function of the scatter though, as it can trigger one of the two free spins rounds. 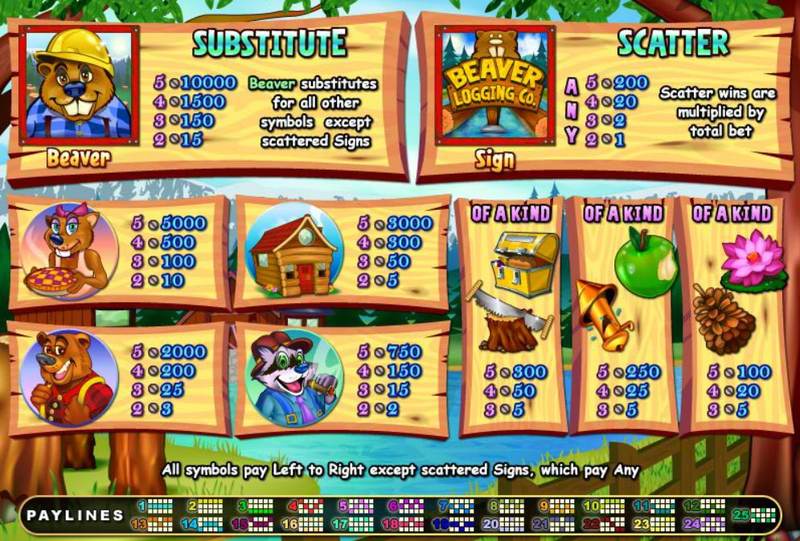 There’s no question that this RTG slot is an entertaining offering. It’s got wonderful graphics running through it, and it also utilises a unique theme at the same time. The bet and line customisation options are great, while the inbuilt features take the slot to new heights. On the whole, Builder Beaver is one of the better releases from this developer, in our opinion.