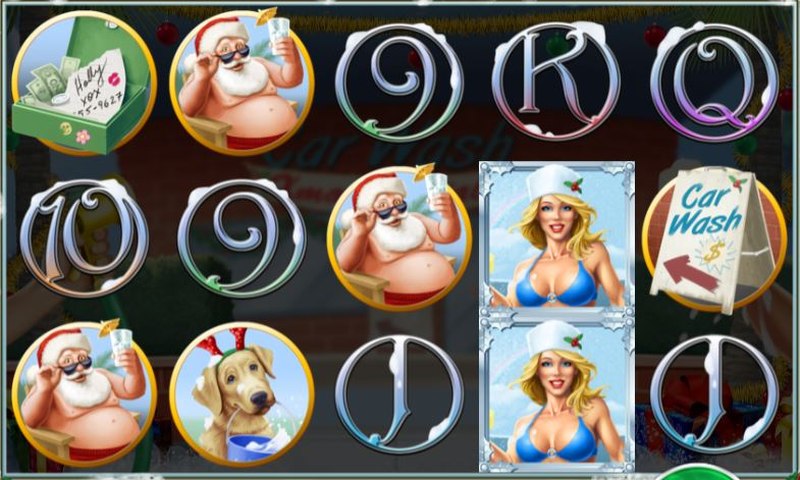 Everyone knows that Santa Claus has a naughty list and a nice list each Christmas. Well, this RTG game incorporates Santa to a point, but there’s a whole lot of different naughty and nice going on here. It looks as though the gift-giver of the North has gone for a vacation and left his elves in charge of things, however, they seem to have taken sides – the good elves and the bad elves. The female elves are in some pretty skimpy outfits too!

While you’ll find the standard playing card symbols on the reels here, there are also some more-thematic symbols included. The first is a sign directing people to the car wash, and after this comes a box for money and tips to be left. A dog is also present on the reels, clutching onto the water bucket. Then comes Mrs Claus clutching onto a couple of sponges, while Santa on the beach sipping a cocktail provides the game with its highest paying standard symbol.

The overall layout of Naughty or Nice III comprises five reels and three rows. This is a standard online slot game layout, and RTG has taken the opportunity to include a set of 30 pay lines across it. These lines are set in place, so you don’t have the possibility of customising them, but you can still change your line bet between 30p and £7.50 per spin.

During base gameplay, you may see a lucky feature randomly trigger to give you an even more enhanced gameplay session. This will see either the Naughty or Nice III free spins round randomly begin, or the Lucky Games function come into operation. If the latter takes place, then you’ll be on the receiving end of between five and 10 free spins.

Plus, at the top-right corner of the reels, you’ll see the Minor Jackpot and Major Jackpot on display. These totals increase when any player places bets on the Naughty or Nice III game. You can win one of these jackpots completely at random just by continuing to play the slot. 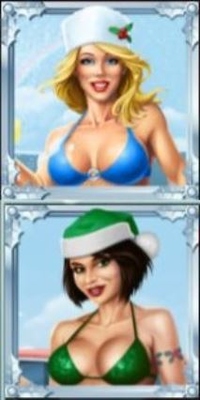 The naughty girl and nice girl symbols operate as wilds. The former appear as grouped wilds on reels one and two, counting for all other symbols with the exception of scatter additions.

Nice girls, on the other hand, appear on reels four and five as grouped wilds, also substituting for other symbols apart from scatters. Therefore, wild symbols can be exceptionally helpful when it comes to creating winning combinations. 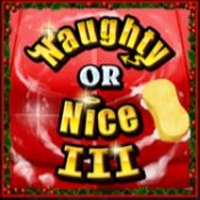 It’s the game’s own logo that works as the scatter symbol. This means that it can show up anywhere on the reels, without needing to be on a specific pay line, and still offer up a pay-out. Five of them showing up will multiply your in-play stake by 100x as a pay-out. It’s this one that is also responsible for triggering the Naughty or Nice III Feature.

Seven free spins will be given to you as a reward here. You just need to choose either the naughty girl or the nice girl to double your winning combinations during the round. One of two different bonuses will also be awarded to you. Furthermore, if you spin three or more scatters into view during the round, you’ll have five extra free spins added to your current total. The bonuses in play include the following: 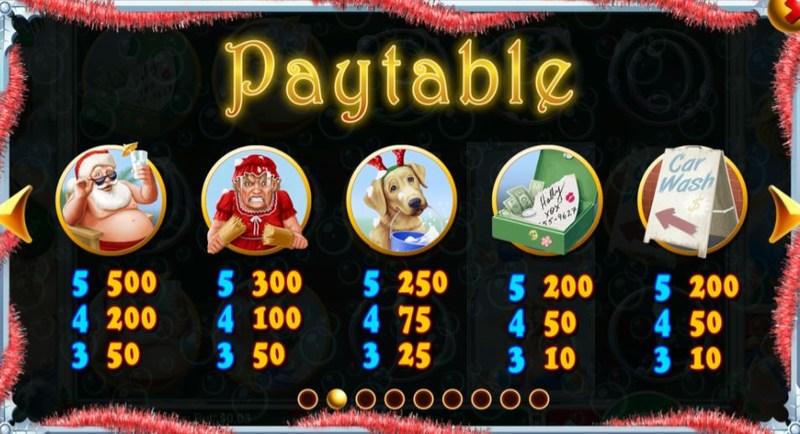 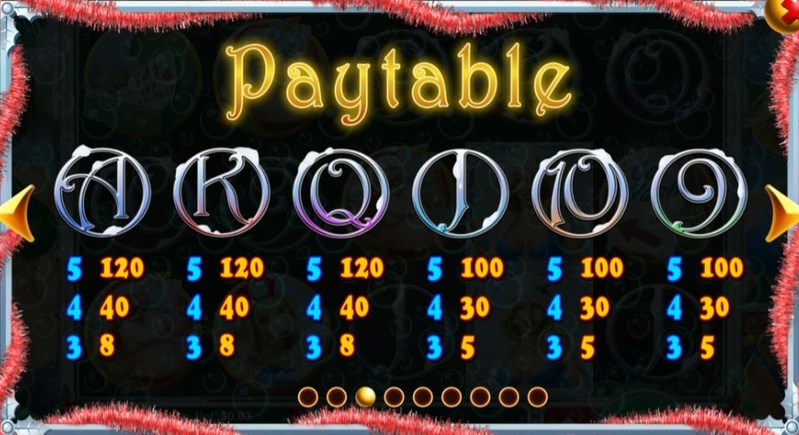 On one hand, you could say that Naughty or Nice III has a unique sort of appeal. On the other hand, you could question who thought up the idea of such a theme. Whatever the case, it does provide an entertaining offering from RTG. Plus, with various inbuilt special features able to be triggered, it’s got everything you could want for a fun slotting session.