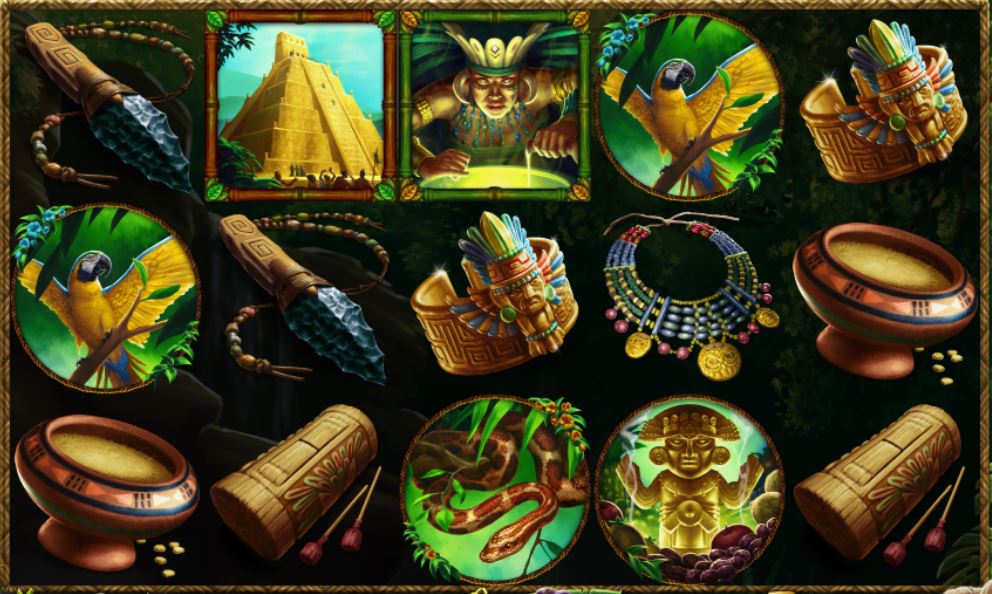 You’d never be able to guess the theme of this slot from the title alone; Secret Symbols could be about anything at all. However, everything becomes clear as soon as you load this RTG slot. It takes you right into the heart of the jungle, with the blazing sun high in the sky, and foliage surrounding a waterfall cascading from the top-left of the screen. This is quite the visual treat, which is something that we really appreciate.

Upon the reels of the slot, the various different symbols consist of jungle treasures like the ornate necklace, the totem pole, the urn with some liquid in it, and finally, the native’s spear. There’s also an ornate bangle, which is followed by a symbol of a jungle parrot. A snake also appears as a symbol on the reels, as does an image of a panther. The two highest-paying standard symbols are the statue and the native tribesman who looks like he’s in the middle of a ritual.

Playing this RTG slot will present you with a layout that features five reels and three rows in total. Across that standard interface, you’ll have the opportunity to place bets on 25 pay lines. These lines are fully customisable though, so you can simply use the up and down buttons to adjust the active number. Furthermore, you can alter the bet that you bring into play on each spin. Secret Symbol allows you to choose from wagers between 1p and 10p per pay line, meaning that the maximum bet stands at £2.50 per spin.

When loading up the Secret Symbol game, you’ll see a pair of jackpots on display in the top right-hand corner of the screen. These are the Minor and the Major progressive jackpots, and the totals for each of those will increase whenever someone places a bet. You stand a chance of winning one of them on any spin. You see, the jackpots are paid out completely at random, so just proceed with spinning the slot’s reels and one of them could be all yours. 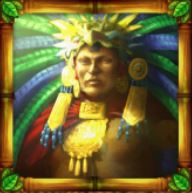 If you should see the Aztec Chief coming towards you, then be prepared for quite the scene. He operates as the game’s wild symbol, meaning that he will fully substitute for all other standard symbols, except for the scatters. Therefore, he can be very helpful when it comes to creating winning combinations in Secret Symbol.

Five of this one showing up on a winning pay line will reward you with a 10,000 coins pay-out. 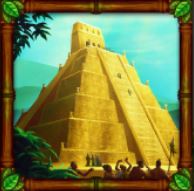 The slot’s scatter addition is that of the grandiose pyramid. This one is able to come into view anywhere and it will still reward you with a pay-out for doing so. If you manage to spin five of the scatter symbol into view across the reels, your bet will be multiplied by 500x. It is this addition that will also go forth and trigger the special feature round if you land 3 or more.

Freespins – There are 10 free spins up for grabs, and during this round, if the Aztec Chief wild symbol shows up on reels two or four, he will proceed to expand and cover the entirety of the column he’s on. This takes place before any wins are awarded, too. A Secret Symbols Multiplier is also revealed above the reels after each free spin taken. This multiplier can range from 2x right the way up to 20x and it will apply itself to all wins from that spin. The free spins round can also be re-triggered. 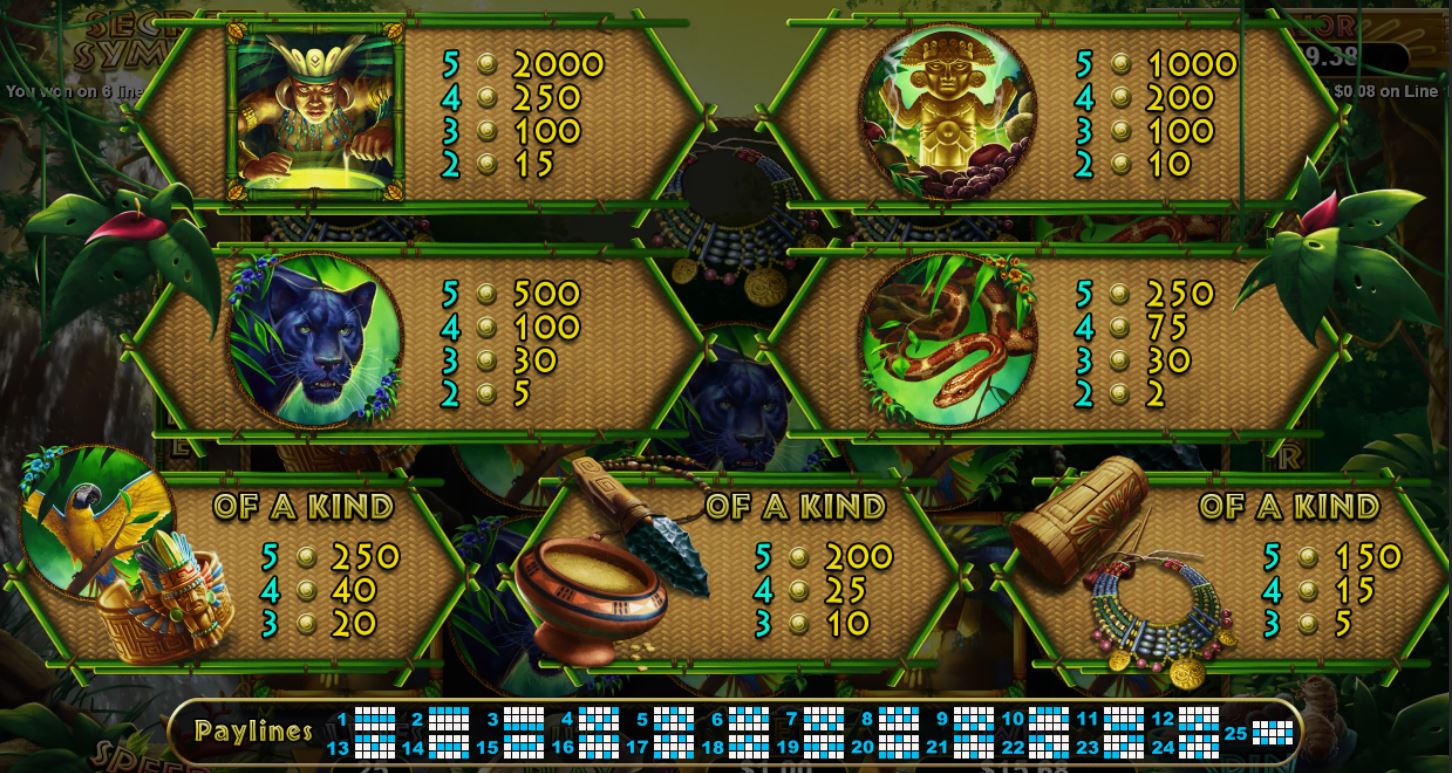 Secret Symbol does utilise the same jungle theme that has been seen in numerous slot games before. However, RTG has made sure to execute it exceptionally well, thanks to impressive graphics and smooth gameplay. Plus, free spins will always be a welcome addition to an online slot, while the progressive jackpots make every spin a possible life changer.