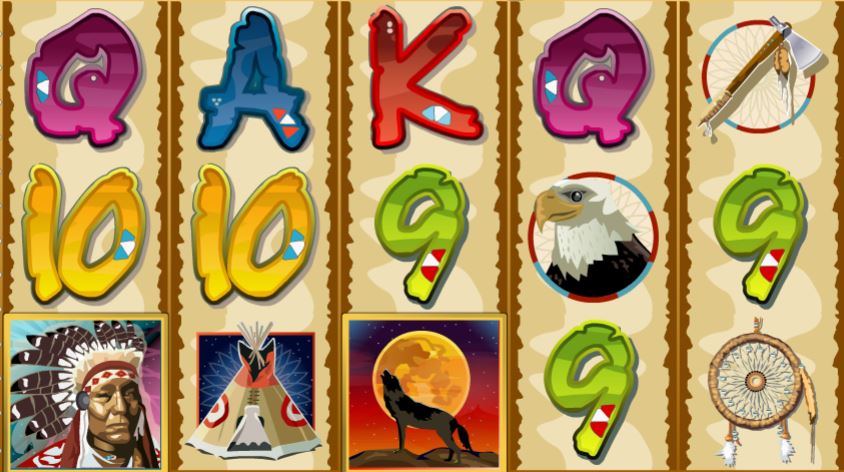 Rain Dance takes you on a journey to the Native American plains, so prepare yourself to meet the High Chief of the Indian tribes. Considering that this RTG slot was brought to life back in 2011, it has stood the test of time and continues to provides solid entertainment to this day. There isn’t much to say in terms of a background, but the symbols upon the reels are more than enough to convey the theme.

To start with, you’ll see themend standard playing card symbols running from 9 through to A. Next in line is the symbol of the tomahawk and then the dreamcatcher. You’ll also see a symbol of a bald eagle appearing on the reels. The highest paying standard symbol of Rain Dance is the tepee, which has the ability to reward you with up to 2,500x your stake. The graphics are dated as the game is so old, but it shouldn’t put you off.

The overall setup consists of five reels and three rows altogether. Alongside this, you’ll also see that there are 20 pay lines for you to place your bets on, however, you can adjust the number of these that are active with the relevant up and down buttons. Furthermore, Rain Dance allows you to easily change your bet. The game provides you with the chance to select from wagers between 1p and £5 per active pay line. Therefore, the maximum wager that you can place in the slot stands at £100 per spin.

At the conclusion of any base game spin, you stand the chance of winning a huge jackpot pay-out. You’ll see the current value of this at the top of the reels. That amount will continue increasing whenever someone places a bet on Rain Dance. It’s paid out completely at random, so regardless of the amount of the bet that you place and the number of times you spin the reels, you stand a chance of being a jackpot winner. 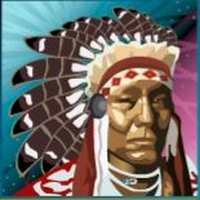 Once you come face to face with the High Chief of the tribe in his full Indian headdress, you’ll be giving thanks to him. Why? Because he’s this slot’s wild symbol. He will only show up on reels one and five, but when he does, he will substitute for all other symbols on the reels. This includes the game’s scatter symbol, too.

If he manages to substitute in a winning combination, then he will also provide your pay-out with a double multiplier. 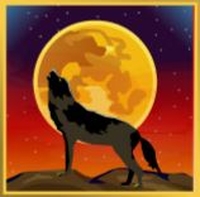 The symbol of the wolf howling in front of the blood moon represents this slot’s scatter addition. As such, this one can show up in any location and still provide you with a pay-out even if it isn’t on a payline. Five of the scatters appearing across the reels in any position will multiply your overall wager by 100x.

Re-spin Feature – When you see two or more scatter symbols come into view, then a re-spin feature triggers. After any pays are awarded, the reels with the scatters on them will hold in position while the remaining reels go through a single re-spin. Should five of the scatter symbols activate this feature, then all reels will re-spin to the triggering position, providing you with another scatter pay-out.

Freespins – If after the re-spin, 3, 4 or 5 scatter symbols are in view on the reels, then you will receive 10, 15, or 100 free spins, respectively. Throughout this feature round, all prizes are multiplied by 3, 4 or 5 times, depending upon the number of scatter symbols triggering the feature. The re-spin feature can also come into play during free spins, meaning that you stand the chance of re-triggering the whole free spins round. 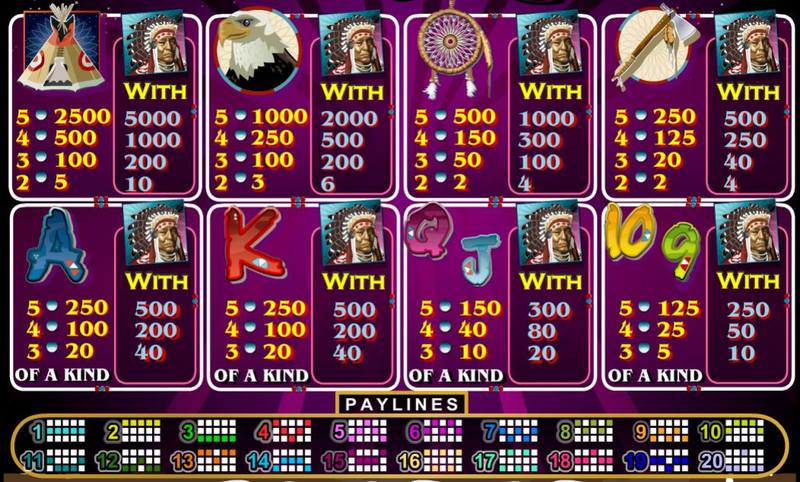 It’s no secret that the Native American theme has been used in several online slot games already, but Rain Dance stands out as being a fairly unique variation on such. RTG has given it some real thought and instilled some impressive special features into the slot. On the whole, it makes for a very appealing offering from the developer.