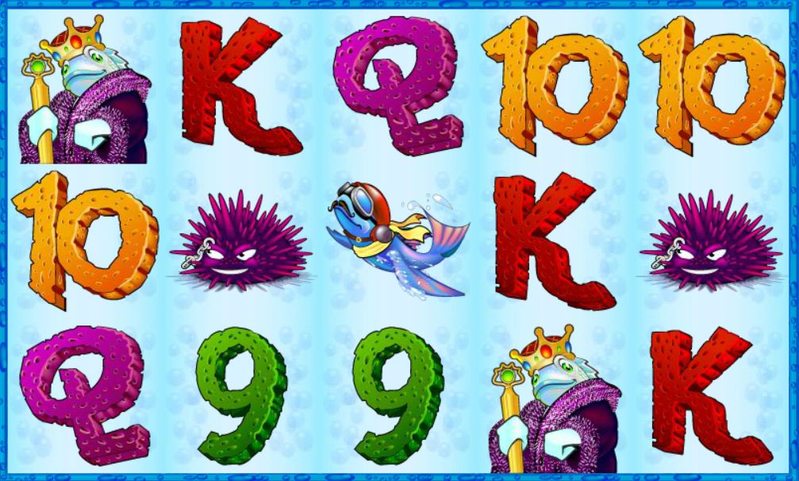 What do you expect to see when you dive down to the bottom of the ocean? Seahorses. Dolphins. Whales. Sharks. That sort of thing, right? Well, this RTG slot actually focuses on some of the more bizarre creatures found within our oceans. Hence the name, Ocean Oddities. Of course, these creatures have been given a bit of twist for the sake of fun, and are adorned in various articles of clothing and accessories. This game is as quirky as it gets.

The first of the symbols come in the shape of different coloured playing card symbols from the green 9 to the blue A. Then there’s the fish that has donned a pilot’s helmet and glasses, followed by the sea urchin with its own eyebrow piercing. A seahorse with its own snail-shaped jockey comes next, followed by a hermit crab with a “No Trespassing” sign in its claw. The highest paying standard symbol though is of a fish wearing a robe and crown, with a sceptre in its hand. Obviously.

This is a typical game that features five reels and three rows as its layout, and it features a total of 25 pay lines for you to place bets on. These lines can be customised though, with up and down buttons on either side of the “Lines” section to do so. The bet that you bring into play is also changeable between the minimum of 1p per line up to 25p per line. So, the slot’s maximum bet possibility exists as £25.00 per spin.

When you’re playing the base game, you may see that there are two jackpots atop the reels. These are the Minor and Major Jackpots, both of which are progressives. Therefore, they will increase whenever someone places a bet on the Ocean Oddities slot. You can win one of them completely at random, so regardless of your bet size or the number of spins you make, you stand a chance of receiving a big win. 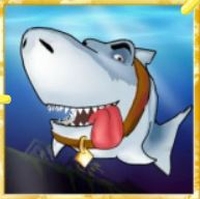 There’s a shark that appears on the reels of this game, but it isn’t just any kind of shark. It’s a dog shark that goes by the name of Rex. As a wild symbol, Rex can substitute for all the other symbols upon the reels of Ocean Oddities.

The wild is able to show up on reels two, three, four and five, and it will even stand in for the game’s scatter symbol. 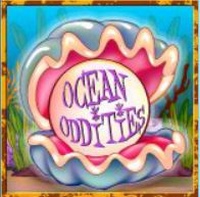 Free Spins – The scatter is responsible for much more than standard pay-outs from any location, though. You see, you’ll get 10 free spins whenever three or more of them appear across the reels from left to right. During the free spins round, if Rex the wild shark comes into view and substitutes as part of a win, it will also double the pay-out that you get for it. The free spins rounds can be re-triggered, too. 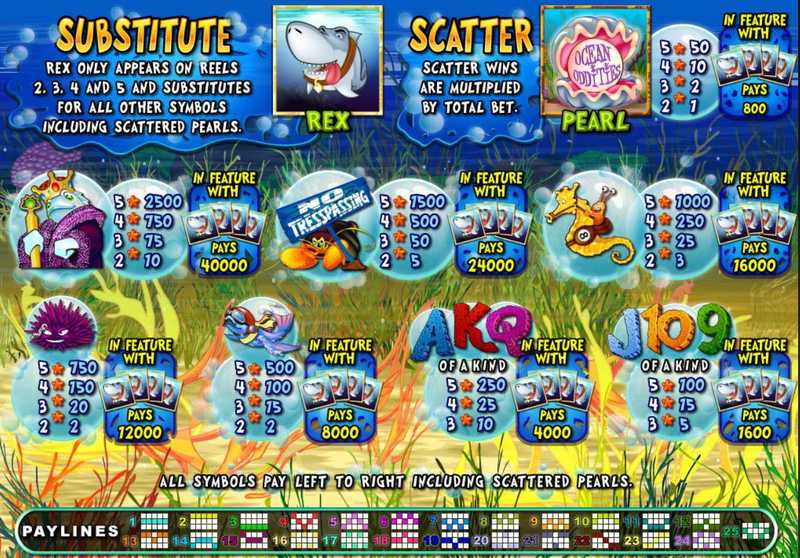 The overall theme of this game may seem strange to begin with, but once you start spinning its reels it becomes exceptionally fun. The symbols alone are entertaining and whacky, but with a free spins round and a couple of progressive jackpots also available to be won, Ocean Oddities is one of the more exciting offerings from RTG.