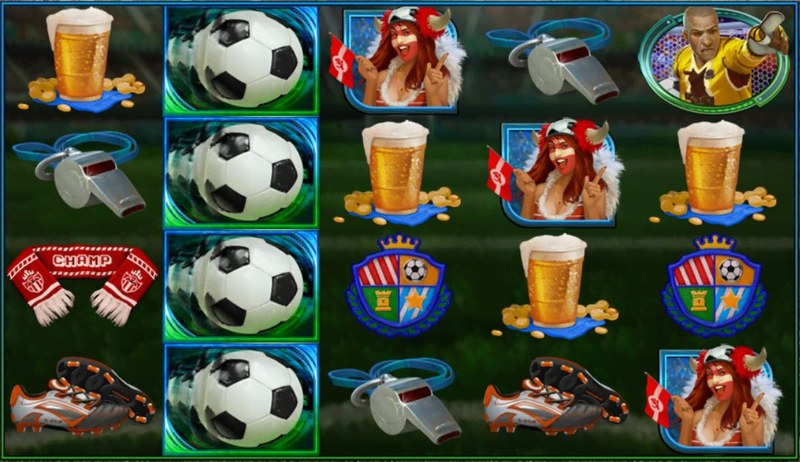 Don’t get yourself in a frenzy over this online slot game from RTG – it’s only a football game after all. Football Frenzy allows you to unite your love of football with your love of slotting, and it will do so in a most entertaining way.

It utilises some wonderful graphics upon its reels, ensuring that it is a visually thrilling slot offering first and foremost. Speaking of the graphics, the reels contain symbols of various football-themed images including football boots, a scarf, a referee’s whistle, the trophy and more. The referee showing a yellow card is another symbol, while an avid female fan appears on the reels, too. The goalkeeper and finally an outfield player make up the squad and complete the theme.

The setup of Football Frenzy features five reels for you to spin, which are joined by a total of three rows. There are 50 paylines in view across the layout too, and these cannot be customised. You can still alter the value of the bet that you place on the slot per spin, though, and this is done simply by using the up and down arrows on either side of the ‘Bet’ box. You’ll be able to place bets of anywhere between 50p and £5 per spin, with an autoplay function also available to utilise as you wish.

At the very top of the screen you’ll see a Minor and Major jackpot on offer. You’re able to win one of these completely at random after any spin of the reels, and any bet level contributes towards the overall pot so you don’t need to be playing any specific amount to win the jackpots.

You can’t have a game of football without players, so it comes as little surprise that the striker acts as this slot’s wild symbol. Should he show up on the reels he will substitute for all other standard symbols. This one operates as a grouped wild, appearing solely on reels one and five, with the only icon he won’t substitute for being the scatter addition.

If the striker wild does manage to appear within a winning combination, it will also double the pay-out that you receive for that win. Therefore, he can be instrumental in netting you a profit. 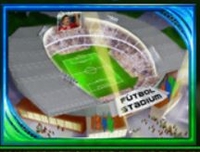 The symbol of the football stadium operates as the slot’s scatter. This one can show up in any position and still reward you with a pay-out as long as three or more are present. You can win up to 500x your in-play stake from the scatter.

If you manage to spin three scatter symbols into view, you’ll receive eight free spins; four of them will give you between 10 and 25 free spins; and should five scattered stadium symbols show up you’ll get between 50 and 100 free spins of the reels.

During this round, the striker wild also has the potential to show up on reel 3. Furthermore, during the free spins round, the Penalty Kick Bonus may be triggered. 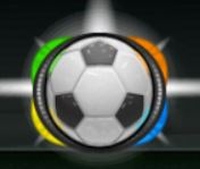 If the Penalty Kick Bonus feature comes into play, then you have the opportunity to win up to 900x your overall bet.

Bonus ball symbols may show up on any of the symbols during the free spins round, and if this comes into view then the Penalty Kick Bonus round starts. This sees you scoring penalty goals to move up the prize ladder. If you miss twice in a row, then a golden bonus ball is given to you. This is also the case if you manage to score eight goals. Score a goal with this golden ball and you’ll triple the prize pay-out.

The Football Frenzy slot operates two different modes, with the first being Striker Mode. With this active, you will find that all wins formed during the slot’s free spins round are tripled. If you choose to play in Lucky Mode, the free spins wins aren’t multiplied, but the lucky feature is in play instead.

If you have the lucky mode active then there’s the potential for Free Kick Free Games to trigger at the end of any base game spin. This random activation provides you with eight free spins of the reels. To trigger free spins without this mode in action, you need to spin three or more scatter symbols into view. 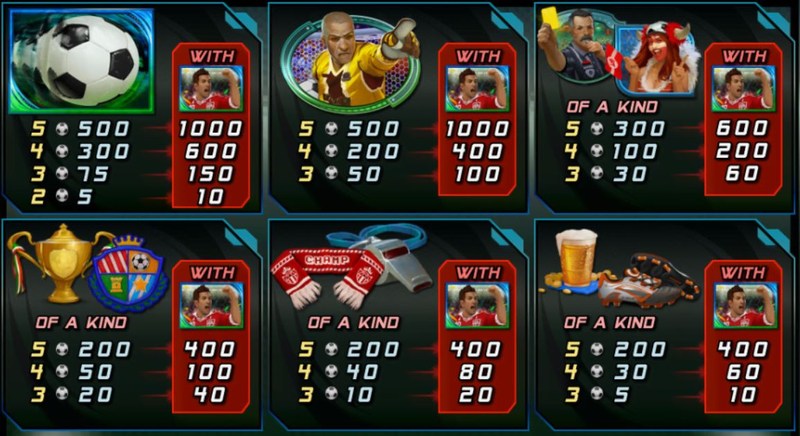 You don’t even need to be a football fan to enjoy the thrills that Football Frenzy brings. It’s got such an interesting setup, with much more depth than usual as well as inbuilt features and betting possibilities that it would entertain anyone. On the whole, Football Frenzy is a great addition to RTG’s selection of slots.