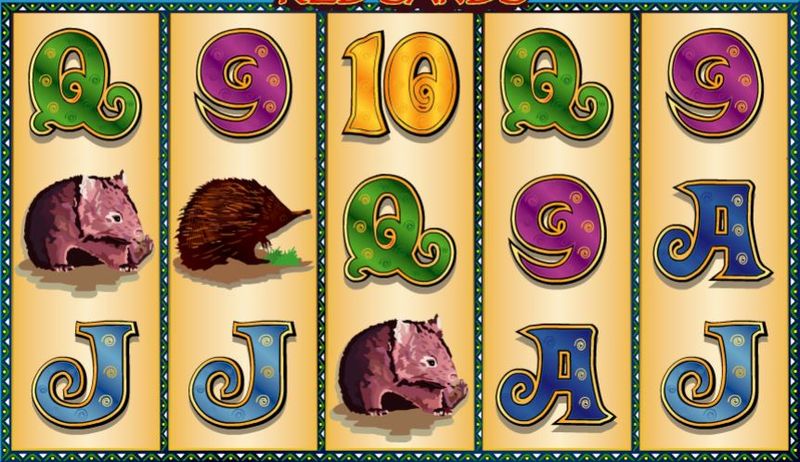 If any of you have ever wanted to take a trip to Australia, this online slot game from RTG is the place to go. Red Sands will take you into the Australian outback, featuring various animals that can be found there and a background of the red sands themselves. It’s one of the most well-known games from this developer, and once you start playing it you’ll realise why.

Launched in 2016, the game utilises great graphics to create an old school art style, and entertaining gameplay guarantees a good time. The first of its symbols come in the form of the often seen playing card additions, which run from the purple 9 through to the blue A. Then comes the symbol of the echidna, which can pay out up to 500x your wager. There’s also the symbol of wombat and, finally, the symbol of the koala. It is this one that operates as the highest paying standard symbol of Red Sands.

The game features a set of five reels and three rows for you to spin, and RTG has added a set of 20 pay lines for you to bet on, too. Should you wish to though, you can reduce the active number per spin with the up and down buttons. Additionally, you have the chance to customise your bet easily enough with a second set of buttons. Red Sands allows you to choose from wagers of between 1p and £5 per pay line. Therefore, the maximum overall bet possibility stands at £100 per spin.

Looking at the game interface, you’ll see a random jackpot on display at the top of the reels. This total will keep increasing as players place bets on Red Sands. You have the opportunity to win it completely at random after any base game spin. This is regardless of the level of the bet that you place and how often you have spun the reels. It could be rewarded to anyone at any time. 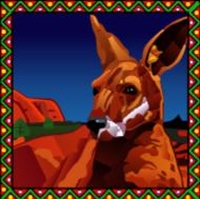 You can’t go to Australia and go without seeing a kangaroo. Fortunately, there is one on the reels of Red Sands, which acts as its wild symbol. Wherever it appears, it will substitute for all other standard symbols in the game. The only exception to this rule is the scatter icon.

If the kangaroo wild does assist with forming a winning combination, it will double your pay-out for it. If five of the wild symbol come into view on a winning pay line, you’ll be on the receiving end of a 5,000x multiplier. 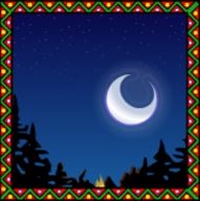 The moonscape symbol is the one that works as the slot’s scatter addition. This one can appear anywhere on the reels and doesn’t need to be on an active pay line to provide a pay-out, it can reward you from any location. Five of them showing up will give you a reward of 50x your stake. It is also this symbol that activates the Re-Spin Feature. 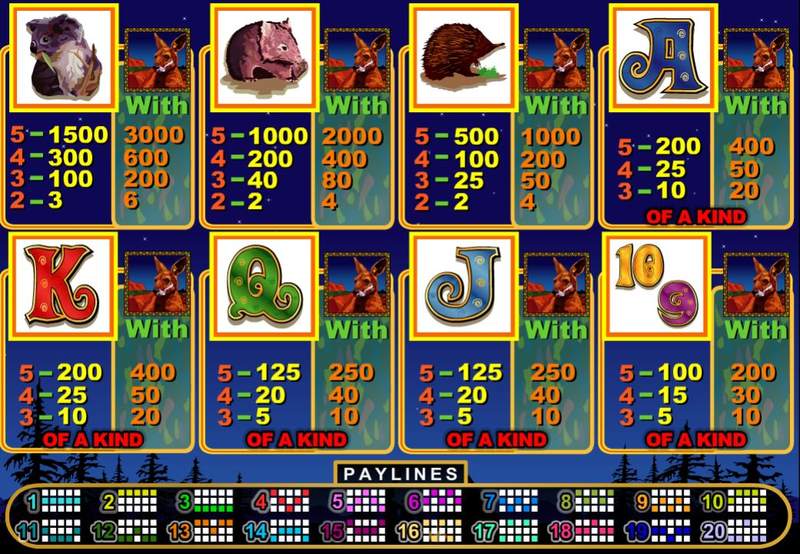 Red Sands is one of those games that captures your imagination from the very first moment that you load it up. The graphics are ideal and the fact that you can win a progressive jackpot makes it even more appealing. Incorporate the re-spins feature, wild symbol and scatter to this and you’ve clearly got yourself a super slot game to play from RTG.