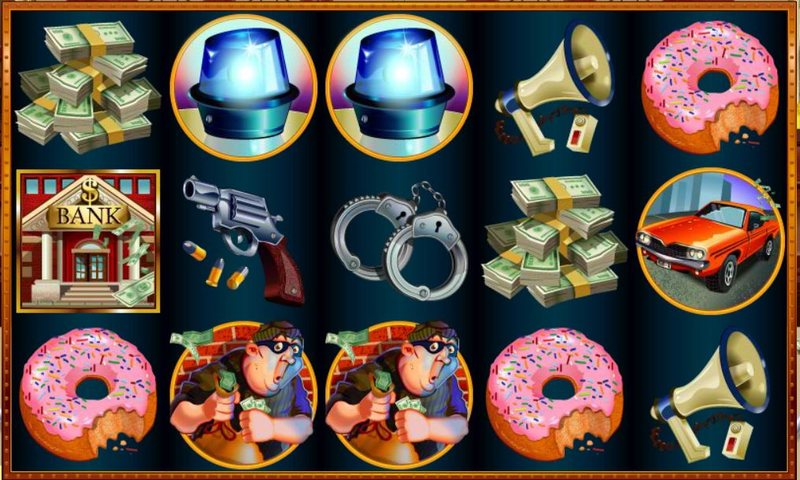 It’s not uncommon for online slots to utilise the theme of bank robbers as their base. Some developers do it better than others, and RTG have brought forth their own contribution to this genre with the Cash Bandits slot. This one will see you experience what it would be like to be a robber, siphoning wads of cash into a bag and trying to escape the bank before the cops show up. While you may have a getaway car waiting for you nearby, you’ll have to try and avoid the handcuffs of the police in the process.

All of these things appear as symbols on the game’s reels, along with the megaphone, the cash itself, a revolver, a blue police car light and a cop hollering into his walkie talkie. Even the image of the front of the bank in question acts a symbol in Cash Bandits – the highest-paying standard symbol as it happens. While the base game is quite appealing, this slot has so much more to it.

Before we get to the speciality perks of Cash Bandits though, let’s take a look at the basic features. First of all, the interface of this RTG game comprises five reels and three rows. This layout is joined by a set of 25 paylines for you to bet on, although you can customise these easily. Just use the first set of up and down arrows to select how many lines you’d like in action. Then, you have the possibility of altering the bet amount too, with values of between 25p and £2.50 being available per spin.

At the top of the game’s reels, you’ll find that there’s a progressive jackpot total on display. This can be won at any point during your time spinning the slot’s reels, as it’s a completely random reward.

Random jackpot contributions from all Cash Bandits players are no more than 1.5% of the total stake. 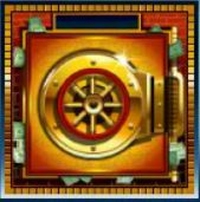 The first of this slot’s special features is its wild symbol. This comes in the form of the bank’s vault, and as a wild, it has the ability to appear in any location and substitute for all other standard symbols. The only exception to this rule is the added scatter symbol.

Should you manage to spin five of the wild symbols into view on a winning payline, you’ll be rewarded with a pay-out of 2,500x your stake. So, you can see just how beneficial this addition can be to your win balance. 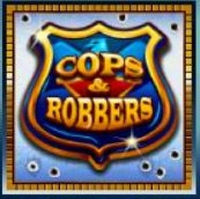 The Cops & Robbers badge is the symbol that acts as a scatter in this slot. As such, it has the opportunity to come into view anywhere on the reels and still reward you with a pay-out.

Five of them appearing across the screen will ensure that you’re on the receiving end of 200x your in-play stake as a reward. While that’s all great, it’s not the only function of the badge scatter. 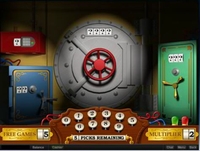 If you manage to spin three or more of the scatter badge symbol into view, then you’ll also be on the receiving end of the Vault Feature. In this round, four different vaults and a keypad come into view on the screen. Each of those vaults requires a random code to open it, between one and four digits long. You’re able to select 5, 6 or 8 numbers from the keypad, depending upon whether you triggered the Vault Feature with 3, 4 or 5 scatters. Any corresponding numbers in the combinations will lock.

You’ll be rewarded with five free spins initially, with the round also incorporating a prize multiplier of 2x. Completing the codes for the vaults will add up to 50 more free spins, depending on how many of those codes you crack. Additionally, the win multiplier will increase up to a maximum of 4 times over. Any re-trigger of this round will add an extra 5 free spins to your current total. 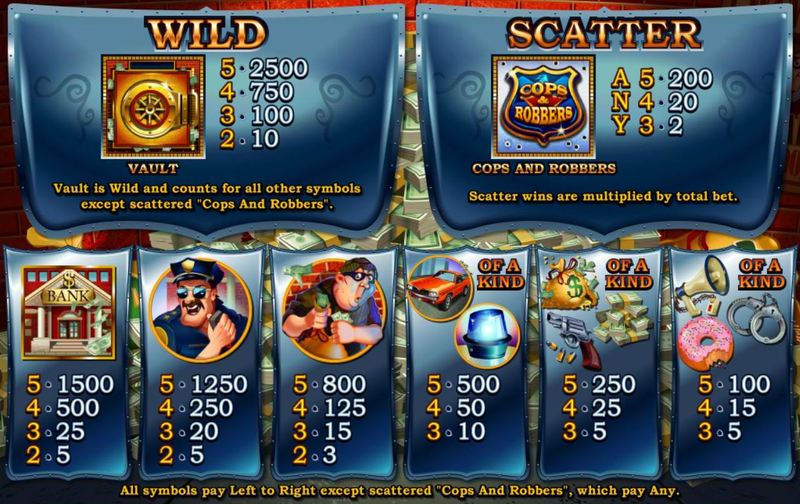 Cash Bandits is one of those games that features a great theme and which RTG executes perfectly. The graphics are great, and the overall gameplay makes it even more entertaining. When you also consider the free spins function, the wild symbol and the progressive jackpot, this is one slot that we think stands out as being a great addition to the developer’s portfolio.