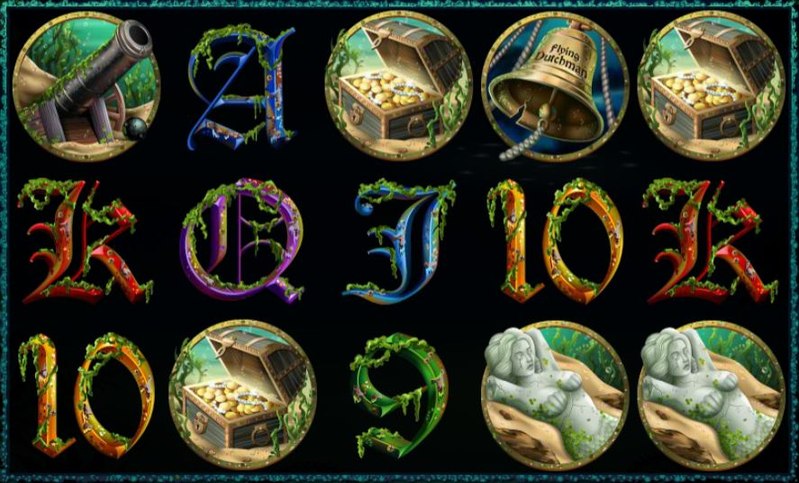 It would be pretty scary to climb aboard a real ghost ship; you never know what kind of hauntings could take place onboard. It’s a good job then that there is no such thing, but there is at least an imagined version thanks to this slot from RTG. The theme of this game is not particularly original in any way, but RTG does execute Ghost Ship commendably, utilising wonderful graphics and animations to enhance your gaming experience.

The base game is an appealing part of the game, with various symbols joining the seaweed covered playing card additions. These include the sunken mermaid statue, the sunken cannon, and the treasure chest full of gold. The highest-paying standard symbol though is of the Flying Dutchman ship’s bell. This can multiply your overall wager by up to 1,250x over.

The basic setup of Ghost Ship provides you with a layout that features five reels and three rows in total, so this design should look familiar to regular video slot players. At the same time, RTG has chosen to add a set of 25 paylines into the game. However, you do have the possibility of customising these, which is done easily enough by using the relevant up and down buttons. Additionally, you can alter your bet by using the other set of up and down buttons. With these you can choose an overall wager amount of between 25p and £2.50 per spin.

At the top of the reels you will see totals for both the Minor Jackpot and Major Jackpot. These totals will increase whenever a player places a bet on the Ghost Ship game. You don’t need to do anything special to be able to win one of the jackpot amounts either, just keep playing the slot and they can be paid out randomly at the conclusion of any spin. 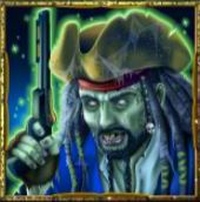 You’ll get to see the symbol of the Ghost Captain appear on the reels and he works as the wild symbol, substituting for all other standard symbols to try and ensure that you can create winning combinations. The only one it won’t stand in for is the game’s scatter icon.

Whenever this one does appear, it has the possibility of covering the entire column that it is on with additional Ghost Captain wilds. Five of the wild symbol appearing on a winning payline will provide you with a reward of 2,500x your in-play stake. 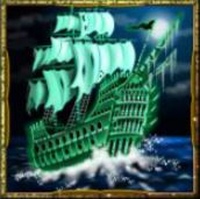 The Ghost Ship image is the one that appears as the slot’s scatter symbol. This can come into view anywhere and multiply your total bet even when not on a payline; as long as three or more are present, it operates in your favour. Five of them showing up across the reels will multiply your wager by 100x over. As with the wild symbol, the Ghost Ship symbol may end up filling the rest of the reel that it appears on with more scatters.

The Ghost Ship scatter is also responsible for triggering the slot’s free spins round. It does this whenever three or more of the symbol show up anywhere on the reels. You’ll get two free spins per scatter icon in view, as well as two more for any present Ghost Captain wild’s in view when the round is triggered. Ghost Captain wilds will always fill up other positions on any reel that a Ghost Captain or Ghost Ship symbol appears on while free spins are in effect.

Should four scatters have triggered the free spins round, then all prizes are doubled. On the other hand, if five scatter symbols triggered it then wins are multiplied by 10x. Any re-trigger of this round will also add extra free spins to your total. 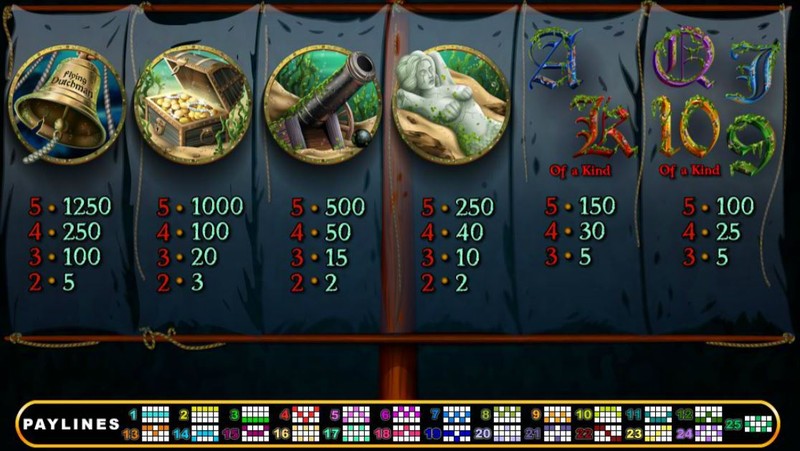 Ghost Ship takes a great theme and really bolsters it with impressive spooky graphics and inbuilt specialities. The free spins round is a very intriguing part of playing this RTG game, while the wild and scatter symbols come with additional perks other than what is considered the norm for such. There is a lot of attention to detail here and, overall, we’d recommend this slot game to any avid video slot gamers.